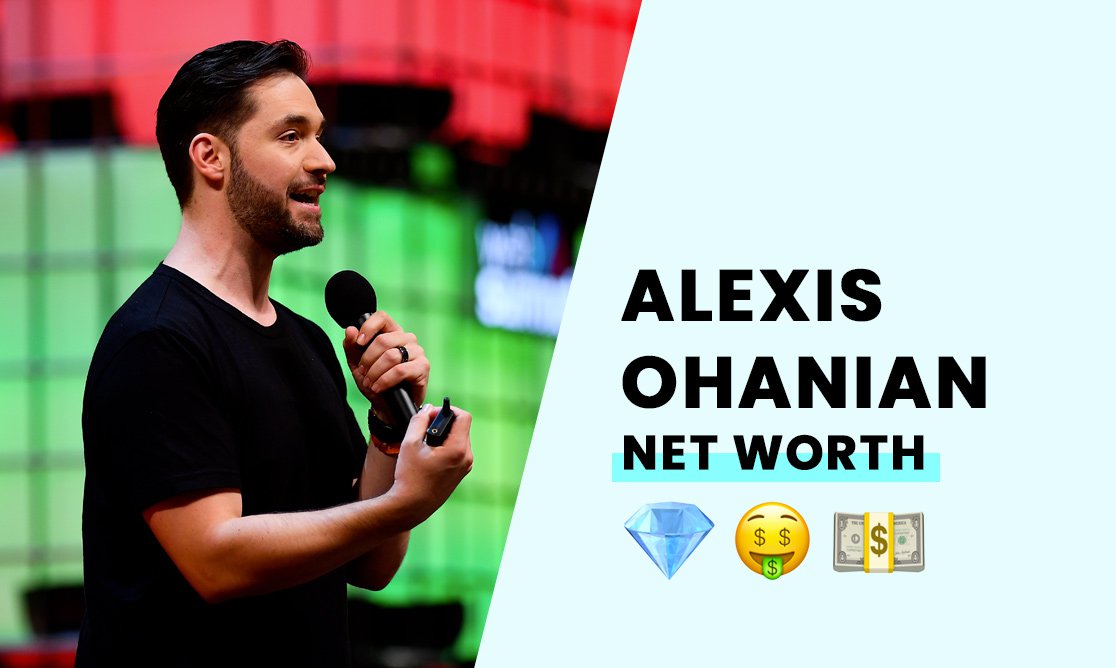 The estimated net worth of Alexis Ohanian is $40 million.

Alexis Ohanian is an American tech entrepreneur and the co-founder of the Reddit chat forum.

He is also the husband of tennis superstar Serena Williams.

Born on April 24, 1983, in Brooklyn, New York, Alexis Kerry Ohanian is the son of Anke and Chris Ohanian. Chris's parents moved to the US to escape the Armenian Genocide.

Alexis attended Howard High School in Ellicott City, Maryland, and he gave the student address to his graduating class in 2001.

He went on to graduate from the University of Virginia in 2005, majoring in commerce and history while at school. Alexis was also a member of the prestigious tech-based business fraternity Alpha Kappa Psi.

How did Alexis Ohanian build his net worth?

After college, Alexis founded several tech startups. He teamed up with Steve Huffman to create MyMobileMenu in partnership with Y Combinator, but the company passed on the proposal. Alexis went on to build the Reddit platform, launching it in 2005 as "The Front Page of the Internet."

Reddit was one of the first startups in Y Combinator's 2005 incubator program. Conde Nast purchased the site for somewhere between $10 million to $20 million in 2007. Alexis remained at Reddit with a seat on the board of directors, returning to the company full-time in 2015 to take back control of the company.

Ohanian decided to step back from Reddit in 2018, choosing to focus on his investments instead. He also famously resigned from the Reddit board, requesting his replacement be an African American in response to the killing of George Floyd in 2020.

The board named Michael Seibel, an African American entrepreneur, as his successor in June 2020. The tech titan went on to found "BreadPig" in 2007. The site markets cool and quirky gadgets, donating its profits to charitable organizations.

Alexis would also co-found Initialized Capital in 2010, using the company to grow investments in startups like Opendoor, Instacart, Cruise, and Zenefits, seeding over $500 million into these projects.

Alexis is a vocal activist for net neutrality, keeping it free for use. Ohanian spoke out against Congress's Stop Online Piracy Act in 2010 and the Senate's PROTECT IP Act in 2011. He launched an internet campaign to rally support against the bills, eventually causing its withdrawal.

In 2012, he helped with the launch of the national anti-SOPA/PIPA protests, speaking at the NY Tech Meetup rally in New York that year.

How rich is Alexis Ohanian?

With an estimated fortune of $40 million, Alexis Ohanian is a tech titan and a successful investor. He is also the husband of Serena Williams, one of the most honored players in women's tennis.

No. Serena Williams' net worth is several times that of Alexis Ohanian.