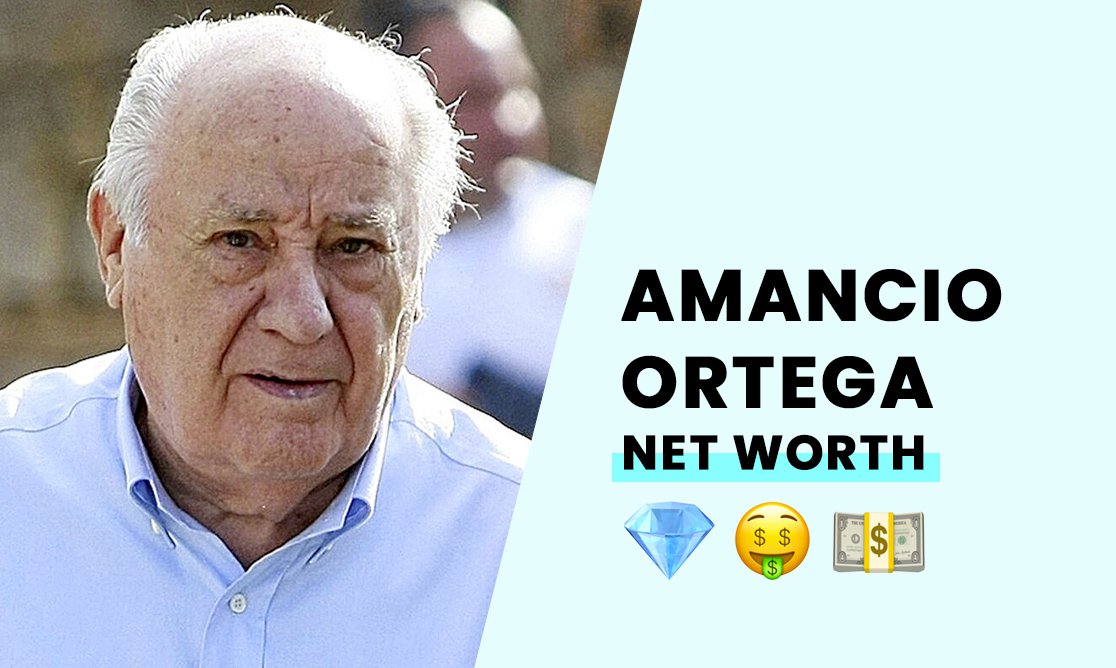 The estimated net worth of Amancio Ortega is $73.2 billion.

Ortega Spanish businessman that is most well known for the Inditex fashion group.

Specifically, the Zara line of clothing and accessories stores can be found all over the world. He has three children and has founded a diverse range of fashion-related companies.

Amancio Ortega’s net worth is so high that it can be hard to imagine his humble roots. He is the last child in his family, and he was born in Busdongo de Arbas, León, Spain. At the age of 14, he had to move when his father’s railroad job transferred him to a new location.

How rich is Amancio Ortega? Well $73.2 billion rich, which was achieved through intelligent business decisions and an eye for trends. His educational background is not what you may imagine. In fact, he left school behind at the tender age of 14 due to his father needing to move for work. His skill with fashion was learned in a hands-on fashion where he was taught by a local shirt maker, Gala.

How Did Amancio Ortega Build His Net Worth?

Amancio Ortega’s main income comes from his mega-successful brand Zara and its subsidiaries. He also has a diverse range of investments, a massive real estate portfolio, and other offshoots. His first company, Confecciones Goa, was founded in 1972. Its main product was high-quality quilted bathrobes. The first Zara was opened in 1975 and has expanded exponentially since then.

Ortega also owned close to 60% part of the Inditex group, and in 2009 the Zara conglomerate was included. At this point, there were over 6,000 Zara stores which all listed above-average performance. The Inditex group also hosts popular brand names such as; Oysho, Massimo Dutti, Tempe, Pull and Bear, Bershka, Zara Home, and Stradivarius.

Known as a recluse, he made an appearance in 2000 right before offering his company on the public stock market. The brand's popularity pushed the stock prices through the roof when it went public. He retired from Zara and Inditex in 2011, however, he retained 60% ownership. Currently, as of 2021, his daughter has replaced him as an active member of the Inditex board and operational committee.

Ortega is the third richest person on the planet, which means he is sure to have some effective tips for productivity. The first thing to note is that he is an intensely private man. He has given only a handful of interviews in his life and there are even fewer published photos of him. Regardless of his obscene amount of wealth, he dresses in very simple clothing which is not Zara branded.

How Rich is Amancio Ortega?

Amancio Ortega is priceless to the fashion world and his family, but on paper he is worth just over $73 billion dollars.