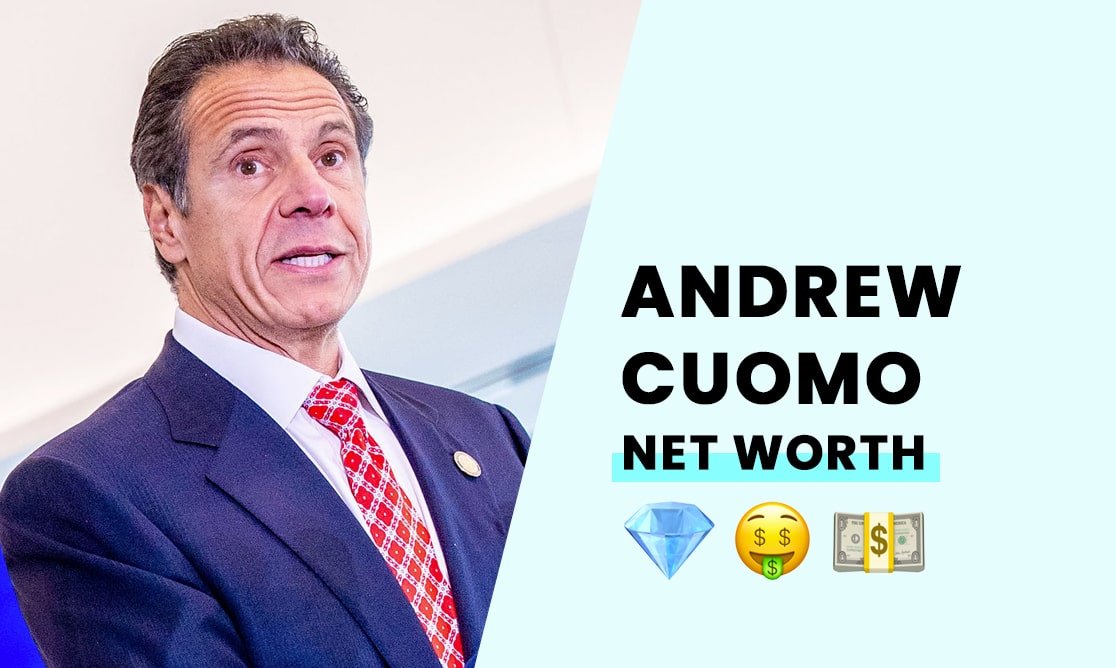 The estimated net worth of Andrew Cuomo is $5 million.

Andrew Cuomo, was born on December 6, 1957 and grew up in an Italian family in Queens, New York.

His mother was Matilda Cuomo and his father, Mario Cuomo, was a lawyer who became the Governor of New York for three terms.

He eventually graduated with a Juris Doctor.

The former governor of New York resides in New York. Has has three children with his former wife Kerry Kennedy.

How did Andrew Cuomo build his net worth?

He started his career working for his father's campaign in 1982, joining his father's staff as a policy advisor, earning an annual salary of $1.

Before becoming Governor of New York, Andrew was the NY Attorney General.

He controversially resigned amid scandals and allegations of sexual harassment.

In 2010, Cuomo released his financial statements, giving the public a look into his net worth.

The report shows he earned a $1 million annual salary in 2004 and 2005 as an advisor to Andrew Farkas, one of the biggest real estate tycoons in New York.

He followed up his first book with "Crossroads: The Future of American Politics" in 2003, and he wrote "All Things Possible: Setbacks and Success in Politics and Life" a decade later in 2014.

2020 saw him earn $5 million for a book about leadership during the time of the COVID crisis. "American Crisis: Leadership Lessons from the COVID-19 Pandemic."

He reportedly received a $4 million advance for the publishing rights to the work, and he expects to earn $2 million in royalties over the next five years.

How have Andrew Cuomo spent his wealth?

It's believed that Former Governor Cuomo sold most of his properties after separating from the women in his life and after stepping down from public office in 2021.

He owns a 1968 Pontiac GTO and a Harley-Davidson Electra Glide.

How rich is Andrew Cuomo?

Former New York Governor Andrew Cuomo has an estimated net worth of $5 million.

Is Andrew Cuomo a millionaire?

Yes, he is a multi-millionaire.

No, he is not broke. Former Gov Cuomo has retained wealth despite falling out .

Yes, he and his brother Chris Cuomo were born into a powerful, well-connected Democrat Party family in New York.

The father, Mario Cuomo, was a lawyer who became the Governor of New York for three terms from 1983-1994.