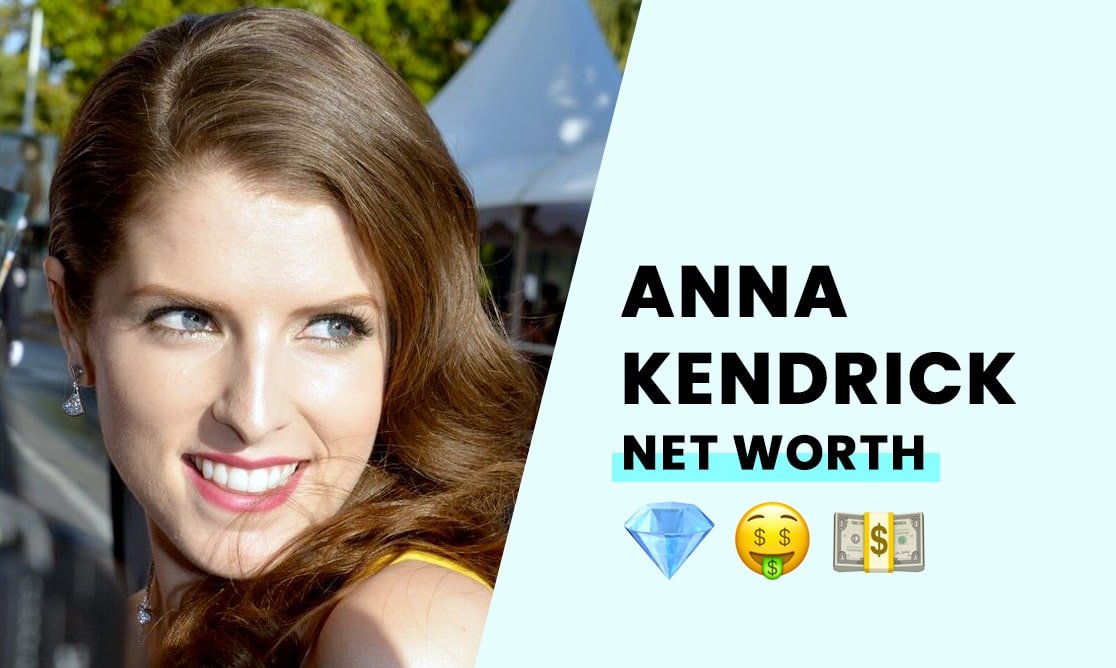 Hollywood actress and singer Anna Kendrick's net worth is estimated to be approximately $20 million.

Anna Kendrick became a Tony nominee at a very young age for her portrayal as Dinah Lord in "High Society". In fact, she was the third youngest nominee of all time.

Anna Kendrick was born in Portland, Maine on August 9, 1985. Her father was William Kendrick, a history teacher and her mother was called Janice.

Anna attended Deering High School and then went to college.

Anna Kendrick resides in Los Angeles, California. She has a past relationship with author Ben Richardson and is currently dating actor and comedian Bill Hader.

How did Anna Kendrick build her net worth?

The actress began her professional career at the tender age of 12.

However, she didn’t earn much during the early days of her career, despite her movies receiving critical acclaim. In 2013, Anna appeared in the “Pitch Perfect” soundtrack titled “Cups.”

The soundtrack reached #6 on the US charts, receiving 3X platinum certification with the RIAA.

However, she got her big breakthrough landing the role of Jessica Stanley in the first three movies of the “Twilight” franchise.

In 2017, she starred in the movies “Table 19” and “Pitch Perfect 3” while taking several advertising contracts and voicing the character of Noelle in the Disney+ movie.

Kendrick also starred in the film “Dummy” receiving a Primetime Emmy Award nomination for “Outstanding Actress in a Short Form Comedy or Drama.”

In 2020, she went behind the camera to take on her first executive producer role in the HBO Max comedy series, “Love Life,” while starring in the show.

How have Anna Kendrick spent her wealth?

According to reports, Kendrick purchased her Hollywood Hills home for $1 million, and she lives there today.

She's also known to own a Mercedes S-Class, Audi A8, Toyota Prius and own Lincoln Navigator.

How rich is Anna Kendrick?

Anna has amassed an estimated $20 million.

Is Anna Kendrick a millionaire?

Yes, she is a multi-millionaire.