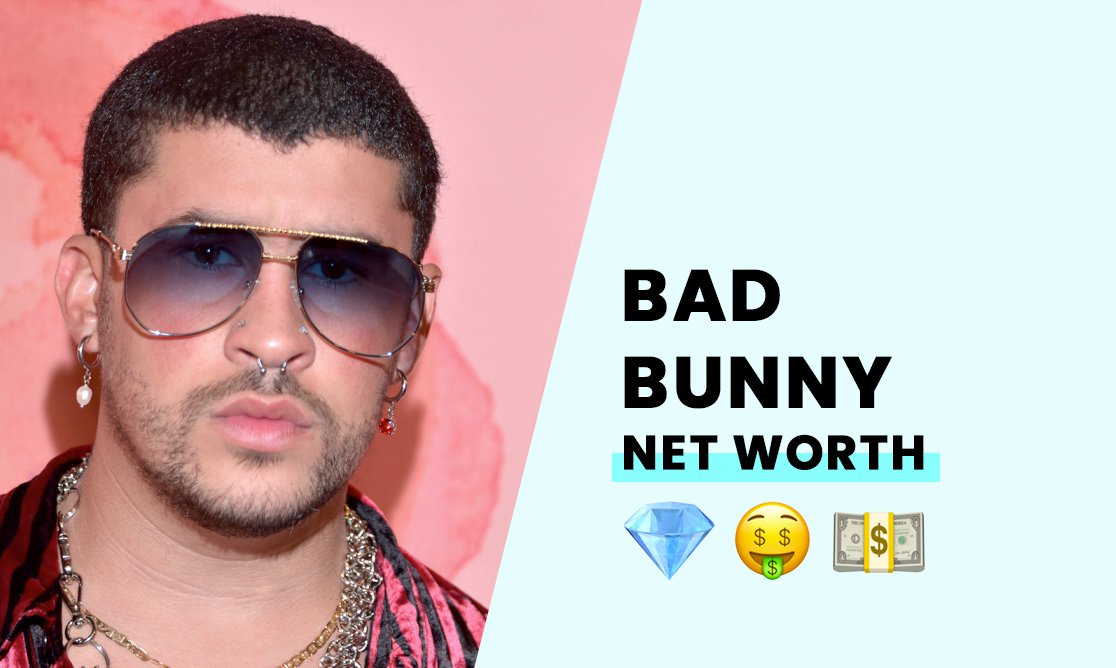 The estimated net worth of Bad Bunny is $18 million.

Bad Bunny is a Puerto Rican-born singer, rapper, and songwriter. The artist experienced a rocket trajectory to fame in just a few short years after launching his career.

2020 saw Bad Bunny claim the title of the "most-streamed artist in the world," with more than 8 billion streams of his songs. Bab Bunny ventured into other music sub-genres such as soul, rock, and bachata as a Latin-rap or reggaeton artist.

Born on March 10th of 1994 in Almirante Sur barrio, Vega Baja, Puerto Rico, Benito Antonio Martínez grew up on the Island of Puerto Rico. His mother would introduce him to merengue, salsa, and ballads as a youngster, growing up alongside his brothers.

Benito used music as a way to stay away from street life, preferring to stay home with his brothers than spend time living a life of crime with his friends out on the streets. As a youngster, Bad Bunny grew up in the Catholic Church, singing in the choir until he was 13 years old.

Benito attended middle school and high school in Puerto Rico. As a student, he was a shy character, creating raps to perform in front of his friends as a joke. Benito developed a passion for professional wrestling and skateboarding during his teenage years.

Despite his family telling him to go to college to get a professional degree, Benito decided to start a career in music instead. However, we went on to complete a degree in audiovisual communications at the University of Puerto Rico.

How did Bad Bunny build his net worth?

Bad Bunny earned his way through college as a bagger at a grocery store, releasing his first mixtape on SoundCloud in 2016. DJ Lucian discovered the artist after listening to his track, "Diles," signing him to his label "Hear this Music."

After amassing hundreds of millions of views on YouTube, Bad Bunny went on to earn the title of the hottest artist in the Latin American mumble rap scene. Some of his top-rated songs include "Soy Peor," "Krippy Kush," and "Ahora Me Llama."

Bad Bunny is a religious person, and he credits his success to God and his mother for keeping him off the streets as a youngster, helping him cultivate his talent.

How rich is Bad Bunny?

With a reported fortune of $18 million, Bad Bunny is the leading Latin American mumble rap artist, and he continues to perform at top-rated events, like Coachella, in 2019. He has one of the fastest-rises to fame of any artist.

Is Bad Bunny a millionaire?

Bad Bunny's has millionaire status based on his net worth.

Is Bad Bunny a billionaire?

Bad Bunny is not a billionaire.

Bad Bunny did not appear in any bankruptcy searches.

Bad Bunny's parents were not wealthy and Bad Bunny was not born rich.