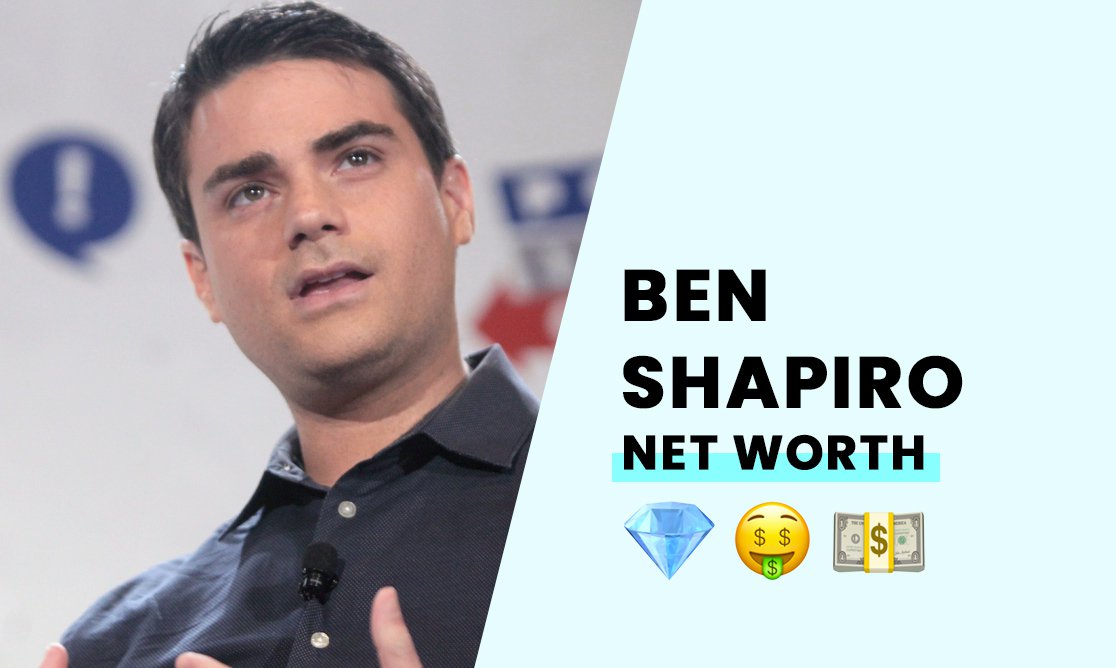 The estimated net worth of Ben Shapiro is $20 million.

Ben earned his reputation and wealth through his social media following, a career as a lawyer, and the founder of his internet show, "The Daily Wire."

Born on January 15, 1984, in Los Angeles, California, Benjamin Aaron Shapiro grew up in a conservative Jewish family, and he enjoyed playing the violin as a child. His father worked as a composer, and his mother as a TV executive. At 9, Ben transitioned to Orthodox Judaism with his family.

Ben was an outstanding student at school, skipping the third and ninth grades. He was 16 when he graduated from the Yeshiva University High School of Los Angeles in 2000. Ben enrolled at the University of California, Los Angeles, obtaining his BA in political science at the age of 20.

Ben enrolled at Harvard Law School, graduating with Goodwin Procter Law in Los Angeles. After a brief stint with the firm, he went on to found his consultancy practice, Benjamin Shapiro Legal Consulting.

How did Ben Shapiro build his net worth?

At age 17, Shapiro was already publishing articles in syndicated columns, with two published books by the time they turned 21. Shapiro worked in several other roles while working on his book manuscripts. He landed the position of editor-in-chief at Breitbart news.

He serves as the site's editor emeritus, hosting his podcast, "The Ben Shapiro Show," through the platform. Shapiro founded "The Daily Wire" in 2015, using the platform to communicate his views to his audience.

Ben broadcasts every day during the workweek, and he reached the second position in the popular podcast rankings in 2019. Ben syndicated the show in 2018, bringing his brand of political commentary to more than 200-markets globally.

Ben broadcasts his conservative views through his website and show, and leftist extremists and right-wingers frequently target him that clash with his political views. His college talks involving identity politics earned him plenty of enemies on social media.

As an author, Shapiro penned six books. In his fourth book, "Primetime Propaganda: The True Hollywood Story of How the Left Took Over Your TV," Ben makes the argument that Hollywood serves a far-leftist agenda actively promoting its values through its primetime programming.

The book made it to the best-seller list, and he followed with his first fiction novel, "True Allegiance" in 2017, and "The Right Side of History: How Reason and Moral Purpose Made the West Great" in 2019.

In addition to his work in journalism and media, Shapiro also owns property. He reportedly sold his Los Angeles home for approximately $2.9 million when they moved to Florida in 2021.

Ben says he gets his tenacity to keep producing conservative content from his commitment, to tell the truth to the public. Ben says that he draws strength from his family and his religion.

He is a practicing member of the Jewish faith, and many right-wing groups attack him with antisemitic comments, while the Left ironically labels him as Far Right or a Nazi.

How rich is Ben Shapiro?

With a reported wealth of $20 million, Ben Shapiro is a social media influencer, the owner of "The Ben Shapiro" show and" The Daily Wire." Ben lives with his wife and kids in Florida after moving from California in 2021.