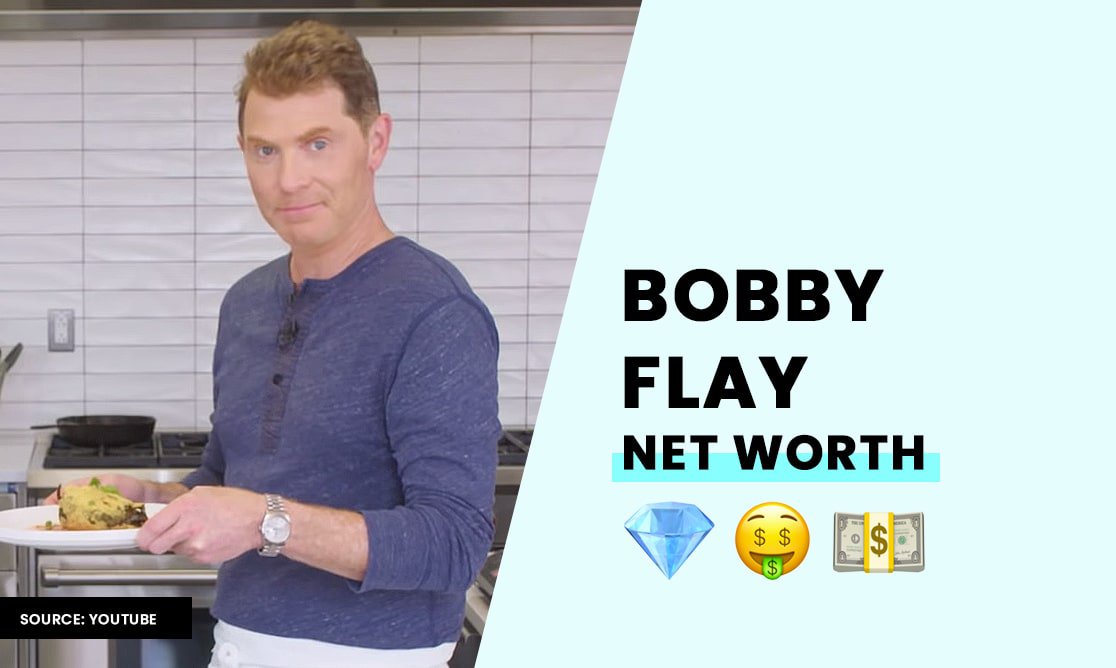 The estimated net worth of Bobby Flay is $60 million.

He's one of the richest celebrity chefs in the world and one of The Food Networks' biggest personalities. Bobby hosts a variety of shows on the network, and he opens successful restaurants around the globe.

Born December 10, 1964, in New York City, New York, Bobby Flay is the son of Bill and Dorothy Flay. He grew up on Manhattan's Upper East Side in an upper-class home.

Bobby had a Catholic upbringing and attended several denominational schools. Famously, Bobby asked his father for an "Easy Bake" oven for his Christmas present when he was eight, but his dad got him a GI Joe instead.

Bobby Flay attended Catholic boys school, dropping out of school at 17 to pursue a career as a chef and restaurateur. He started work at Joe Allen's Restaurant in New York.

Reportedly, Allen found Bobby's natural skills impressive, agreeing to pay his tuition to attend the French Culinary Institute. Flay graduated in 1984 as a part of the institute's first graduation class.

How did Bobby Flay build his net worth?

After achieving his degree, Bobby started working as a Sous chef in New York. He eventually got the opportunity to work as executive chef at the Brighton Grill on Third Avenue. However, Bobby found himself out of his depth running the kitchen.

As a result, he left the restaurant to join Bud and Jams as a chef under the guidance of restaurateur Jonathan Waxman. Flay credits Waxman for introducing him to Cajun and southwestern cooking, which would become his signature cooking style.

Flay did well as a chef, but he found his biggest success with The Food Network and as an author. He appears on several shows on the food network, and Flay has a catalog of over 20 cookbooks under his belt.

Flay also has a few appearances on TV shows and in movies. He had a brief spell on Sirius XM as a radio host in 2009 and appeared in an episode of "Law and Order: Special Victims Unit." Bobby also landed a role as himself on the final season of " Entourage " in 2011.

In 2018, Bobby voiced the role of Fred Jones's uncle in the animation "Scooby-Doo and the Gourmet Ghost."

Bobby Flay attributes his success to knowing his strengths and weaknesses. He also says he enjoys meeting new people and working with some of the best talents in the food industry.

He's grateful for the opportunities he received when entering the world of cuisine and says he owes a lot to his former mentor, Joe Allen.

How rich is Bobby Flay?

With a reported fortune of $60 million, Bobby Flay is one of the richest celebrity chefs in the world. Bobby owns a $7.6 million home in LA, but he spends most of his time in New York, and he has three properties in the city in the Upper West Side, Long Island, and Chelsea.