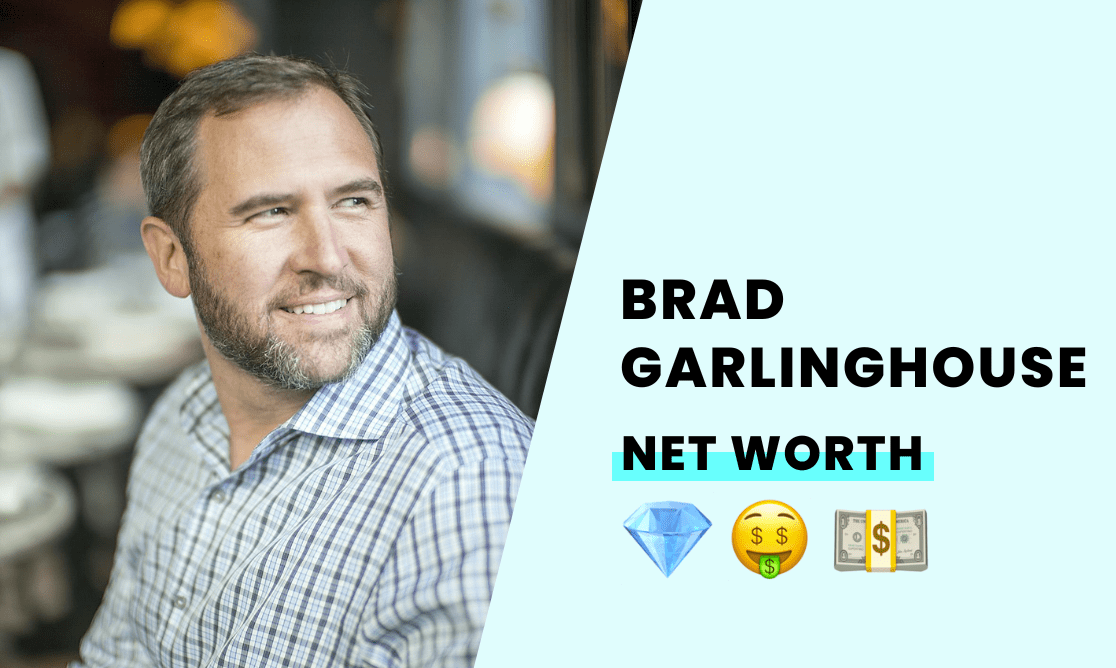 Ripple CEO Brad Garlinghouse's net worth is estimated to be $10 billion – made up of a 6.3% stake in the Ripple Labs company and a big bag of XRP tokens.

How did Brad Garlinghouse build his net worth?

Brad Garlinghouse is most known for being the CEO of Ripple Labs – the company behind XRP tokens,

However, he applied his talents elsewhere before becoming the crypto whale he is today.

He worked as the CEO of Hightail, which was a file-sharing service.

Before that, he was the President of Consumer Applications at the now-defunct AOL.

Being the CEO and driving force at Ripple, it may not come as a surprise to note that he also held a range of positions at Yahoo.

Aside from running various companies, he also happens to have served as an advisor to Silverlake Partners.

Garlinghouse currently has seats on the board of directors of several companies including Tonic Health and Ancestry.com.

He owns a big bag of XRP tokens which have risen dramatically over the past couple of years.

Quick math shows that his holdings are worth around $10 billion dollars.

Much of his wealth is generated due to the massive growth of the XRP and the fact that he was an early investor.