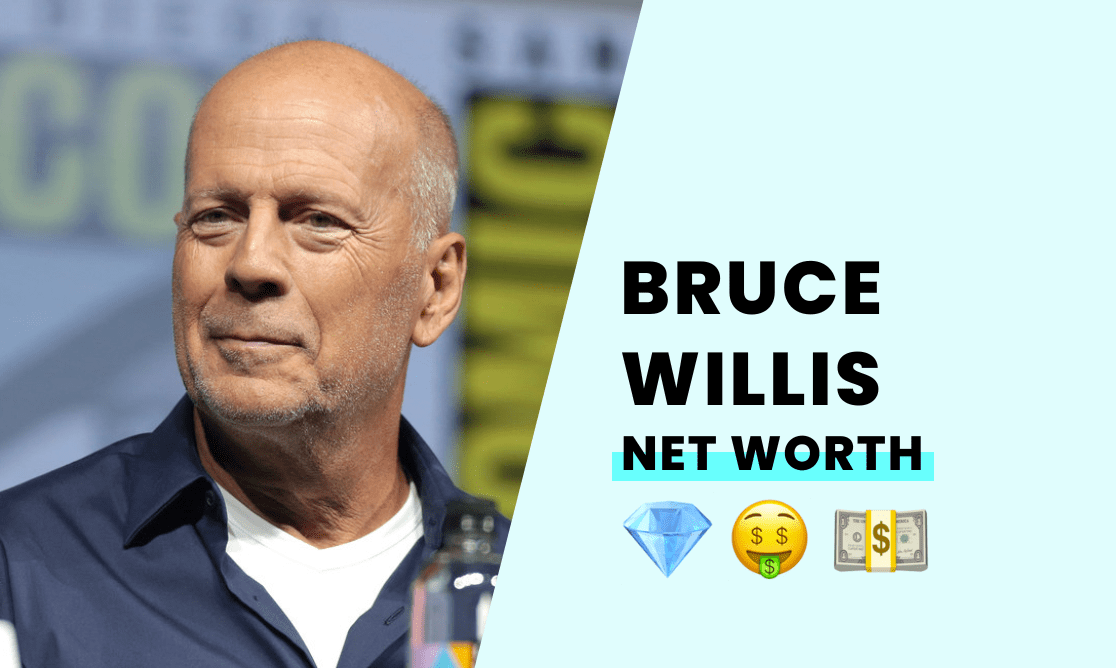 How did Bruce Willis build his net worth?

Bruce Willis is a comedic and action actor and executive producer whose more than 60 films have exceeded $2.5 billion in box office ticket sales. Bruce is up there with Hollywood’s top ten box office draws and is reportedly worth $255 million.

Initially famous for his starring role alongside Cybill Sheperd as David Addison, the wisecracking PI in “Moonlighting” which ran for five seasons from 1985 to 1989, this gig earned him an Emmy and a Golden Globe as well as a very healthy bank balance.

During the height of this show, Seagram contracted Willis to promote their range of Golden Wine Cooler products which netted him a cool $5-7 million.

Beginning in 1988, he went on to star in the franchise of five phenomenally successful “Die Hard” movies, the first of which has become a staple of Christmas binge-watching.

Most notable is the $14 million he pocketed for just acting in the film and another $100 million for his share of the profits of “Sixth Sense,” a wildly successful movie where he starred alongside Haley Joel Osment.

Sadly, in 2022 it was announced that Willis had been diagnosed with Aphasia and was retiring from acting. This language disorder often occurs after a stroke or a head injury and robs you of the ability to communicate, according to the Mayo Clinic.

I like having the dough to come and go as I please. ~Bruce Willis

How has Bruce Willis spent his wealth?

Bruce Willis is a serial property buyer in New York, New Jersey, Malibu, Montana, and Idaho. He reportedly paid $33 million for an incredible house in Turks and Caicos.

In 2003, Willis bought a penthouse in Manhattan for $3m before remodeling it and selling it for a whopping $18 million in 2018.

He paid $13 million for a home in upstate New York and another in Idaho for $5 million. He purchased two homes before putting his present one on the market. In 2014, he sold a Beverly Hills home for $16.5 million.

He and Demi Moore, his ex-wife, bought a home in Sun Valley, Idaho, and spent a fortune renovating and landscaping. They also invested in restoring Sun Valley’s movie theater and buying out and refurbishing the bar and restaurant. When Willis and Moore divorced in 2000, Willis shelled out $90 million, making it one of the costliest Hollywood divorce settlements on record.

Willis loves skiing and proved it by buying the ski area on Solder Mountain, which boasted 8,403 sq feet of pure luxury, including a resort-sized swimming pool with waterfalls.

After marrying model Emma Heming, they purchased a $9.8 million home in 2019 in Brentwood Park, Los Angeles.

Real estate isn't his only vice. Willis is an admitted car addict. At its peak, his car collection included a few of the best luxury cars in the world. Porsche, Mercedes Benz, Alfa Romeo, and Bentley are brands numbering among them.

How rich is Bruce Willis?

Bruce Willis is super rich, with an estimated net worth of at least $250 million.

No, Bruce Willis was not born rich. He was born in Germany to a welder father and a bank teller mother.