Camilla Duchess of Cornwall's net worth 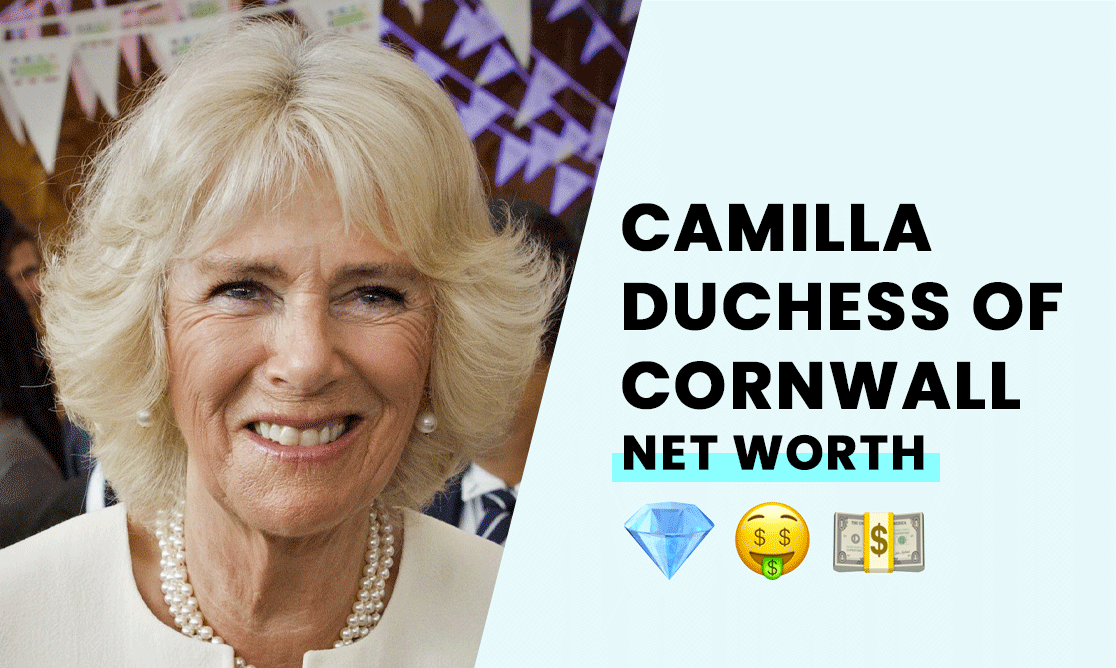 The estimated net worth of Camilla, the Duchess of Cornwall, is $5 million in her right.

As the wife of Charles, the Prince of Wales, she will automatically become Queen Consort when he ascends to the British throne, making her incredibly wealthy.

Camilla, Duchess of Cornwall, was born on 17 July 1947 in London, England. She grew up in East Sussex in very wealthy and well connected Shand family. Her maiden name was Camilla Shand.

She studied at the University of London Institute in Paris and graduated with a Degree in International Commerce.

Camilla mostly resides in London with husband, the Prince Charles, or wherever their royal duties take them.

Prior to her marriage to Charles, she was married to Andrew Parker Bowles (1973-1994), although she controversially carried on a relationship with Charles during his marriage to Princess Diana.

How did Camilla build her net worth?

Camilla, the Duchess of Cornwall, built her wealth through her inheritance.

Camilla had an easy childhood, growing up on her family estate in Sussex, with the property last valued at $2 million.

She attended the best schools and ran with people in high society.

Despite her parent's wealth, Camilla decided to go to work, but no one knew what her salary was at her job.

Her first position was working as a receptionist at decorating firm "Sibyl Colefax & John Fowler."

After marrying Prince Charles, Camilla's net worth expanded significantly, as the couple did not have a prenuptial agreement.

Therefore, Camilla is entitled to half his estate.

It would appear that her marriage to Charles was the biggest financial event in her life.

Most of the couple's incomes come from their property investments, which generate millions in rental revenues each year.

The portfolio includes property in Cornwall and 135,000 acres of land in southern England.

The couple also has an investment portfolio.

The Prince of Wales affords his family around $6 million per year in reprieve to cover their expenses.

After Charles ascends to the British throne, Camilla will be the "Queen Consort," and her fortune will go to the moon.

How rich is Camilla?

Camilla, Duchess of Cornwall, is a member of the British Royal Family and she is a multi-millionaire in her own right.

As with all members of a royal family it can be very difficult to distinguish what belong to an individual person versus what belongs to the royal position they hold.

How much money flows from the corporate structure behind the royal family to that individual?

And in the case of less democratic countries, how much of the wealth of an entire nation belongs to a single person can be to impossible to determine.

Camilla may well be much more wealthy than estimated.

Is Camilla a millionaire?

Yes, Camilla is most certainly a multi-millionaire.

Yes, Camilla grew up in the wealthy Shand family in East Sussex and South Kensington, England.

Her aristocratic family was part of the landed gentry and upper class on both sides of the family.

Her father, Major Bruce Shand, was a decorated Second World War soldier and later on a successful wine merchant in London.

Her mother, Rosalind Maud Cubitt, was the daughter of Roland Calvert Cubitt, the 3rd Baron Ashcombe.