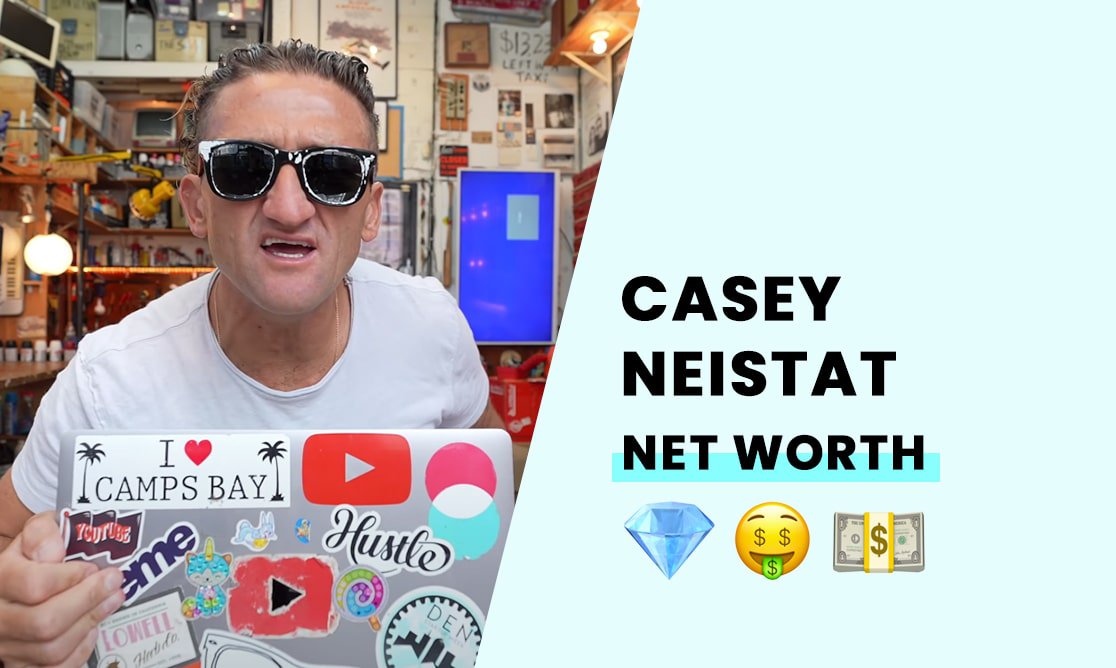 The estimated net worth of Casey Neistat is $16 million.

He is most well known for his short films, huge YouTube following from prolific daily vlogs in the mid 2010’s, and a collection of other projects. For a YouTube personality, his net worth has grown to generous proportions and shows no signs of slowing down. He also has his hands in investments outside of social media.

The Early Life of Casey Neistat

Casey was born in 1981 in Connecticut, specifically Gales Ferry. He was raised in a household that followed Reform Judaism and went to school in the local area. He has two brothers and one sister, all of whom he has a cordial relationship with.

Being that Casey is so popular and worth at least $16 million dollars, it makes sense to assume he has some type of formal education. It may then be a surprise to learn that he dropped out of Ledyard High School when he was 15 years old. With no more than a 10th-grade education, Casey struck out on his own to fail or succeed with nothing but his wit and a prayer.

How did Casey Neistat build his net worth?

So far he has amassed a net worth of $16 million dollars and is on track to boost his earnings in the coming years. Let’s break down how he earned his wealth so far.

Casey dropped out of school in the 10th grade and lived with his parents until the age of 17. Once he moved out he went to live with his then-girlfriend, Robin Harris, in a trailer park. He was a short-order cook and a dishwasher in a local restaurant during these early years. The couple had a child and after three years he ended their relationship and moved to New York.

In 2001 Casey moved to New York, during this time he and one of his brothers started working with Tom Sachs. Eventually, they would create a series of short films about the installations and sculptures of the artist.

In 2003 Case went on to create a three-minute-long film about the battery life of Apple products. The film titled iPods Dirty Secret garnered international notice which was his first step towards financial success. The film was about the poor battery replacement policy of Apple and it was posted online before being picked up by news stations across the world. Apple announced a replacement policy and an extended warranty following the launch of Casey's film.

The following year Casey and his brother released a new series of films called Science Experiments. HBO signed the brothers to an 8 episode TV show in 2008. The show was titled The Neistat Brothers and the contract was for an astounding $2 million dollars. The brothers gained a cult-like following thanks in part to the simplicity of the show and their charming personalities.

In 2010 Casey started using YouTube as a new outlet for his content. His first upload was regarding the use of handbrakes in the New subway.

He uploads a broad range of content and has since amassed more than 3 million subscribers. Casey also has a lot of other ventures such as the media company Beme created to share videos online. CNN was planning to buy the app for $25 million, but the plan fell through. He has directed various commercials for big named brands such as Nike, Google, and Samsung, among others.

Neistat's fees for public speaking have also contributed to his overall net worth.

Casey Neistat is a very hard worker, very creative, and believes in the culture of hustle work. He spends a lot of time creating content and looking for new ideas he can bring to the public.

Aside from his regular YouTube content, he is always on the move creating commercials, speaking to crowds, and making the most out of the opportunities he has been afforded.

How rich is Casey Neistat?

He has amassed a net worth of just over $16 million dollars. He is still active on social media which means this amount is likely to grow in the future.