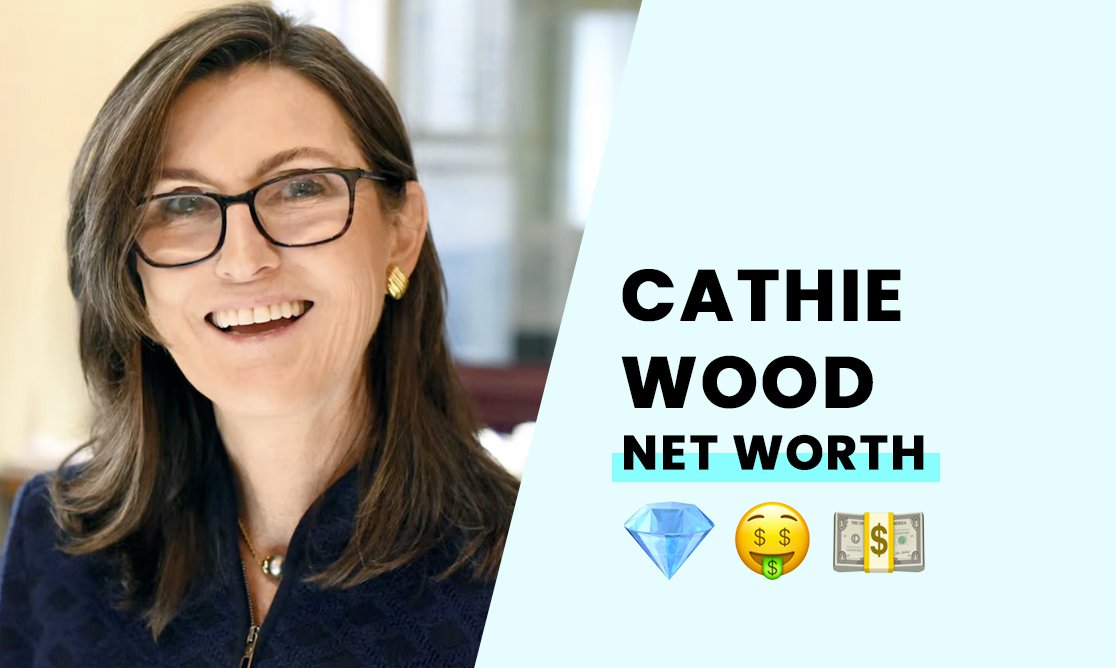 The estimated net worth of Cathie Wood is $250 million.

Cathie Wood is one of the biggest names in investing, and she is the prodigy of failed investor Bill Hwang.

Cathie met Bill at church, and the pair would frequently discuss business in her office together, relying on their faith to help them with their business decisions. Unfortunately, Hwang's highly leveraged, $20 billion Archegos fund would blow up after a bad bet on several stocks.

Born in Los Angeles, Cathie Wood is the eldest child of Irish immigrants. Cathie's father served in the Irish and United States Air Forces, teaching Cathie about radar systems at an early age. He encouraged her to develop a curious attitude to life and understand the connections between things.

How did Cathie Wood build her net worth?

Wood started her career with Capital Group in 1977, working as an economist. She went on to spend 18-years working as a portfolio manager for Jennison Associates, and in 1998 started the hedge fund Tupelo Capital Management.

Cathie signed on as CIO of AllianceBernstein in 2001 but left after management refused to work with her idea of starting an ETF consisting of disruptive tech companies. Cathie's idea would later form the backbone of her flagship ARK Innovation ETF.

After an impressive initial run, it seems that Cathie Wood is starting to go the way of her previous mentor, Bill Hwang. The recent bull run in Tesla saw Cathie purchase huge amounts of the stock for her ARK innovation ETF. However, many expert analysts believe that ARK has highly leveraged positions in many overbought tech companies.

As a result, Cathie's ARK ETF is down nearly 25% in 2021, and it continues to endure a selloff. Some experts say that if the market saw an extended selloff in tech, Cathie's fund may implode. However, Wood suggests that there is nothing wrong with her strategy, and she believes Tesla deserves a fair price of $3,000.

Cathie also believes Bitcoin is well undervalued, despite its bull run coming to an end for 2021, seeing the price crash from an all-time high of $70,000 when Cathie made her statement to $42,000.

Wood is a devout Christian and says she bases a lot of her investing strategy on her faith and what God thinks she should do with her ventures in the market.

Wood lives in a home in Wilton, Connecticut, and she has three children, Caroline, Caitlin, and Robert. Wood's ex-husband, Robert Wood, passed away in 2018.

How rich is Cathie Wood?

With a reported fortune of $250 million, Cathie Wood is the CEO and chairwoman of ARK invest, and she has several flagship ETF funds under management. While her investments took a massive hit in 2021, she continues to assure her investors that the fund is undervalued and due for growth.