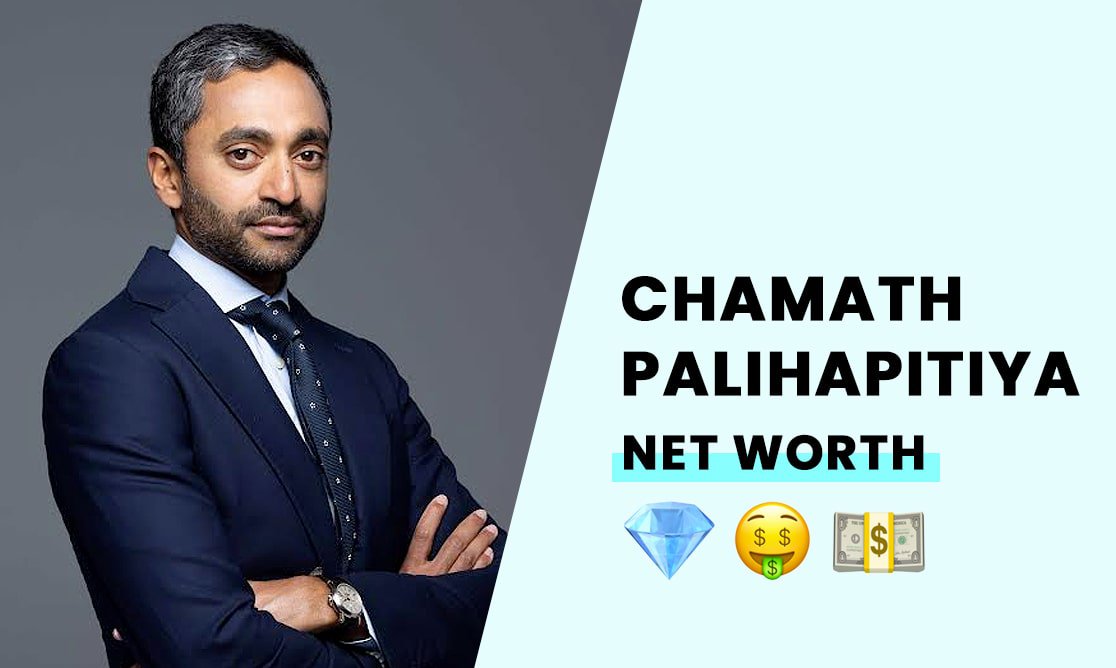 The estimated net worth of Chamath Palihapitiya is $1.2 billion.

He made some small investments several years ago that ended up paying out big. He is most known for being a successful venture capitalist and for profiting from some opportune SPAC mergers with various well-known companies.

The Early Life of Chamath Palihapitiya

Chamath Palihapitiya was born in Sri Lanka in 1976. When he was 5 years old, his family immigrated to Canada under the status of refugees. For the most part, the family lives a life of struggle and poverty due to their circumstances. As he aged, he started working in the fast-food industry, specifically Burger King, to help his family pay the bills.

After completing his lower classes, he went to Lisgar Collegiate Institute for his upper-level classes. He graduated with generally good grades and went on to pursue a college degree. Palihapitiya attended the University of Waterloo and graduated with a degree in electrical engineering in 1999.

How did Chamath Palihapitiya build his net worth?

Chamath has a net worth of approximately $1.2 billion. Let’s take a deep dive into how he came to own such a massive amount of wealth.

He first went to work in silicon valley. He joined AOL as the youngest vice president of the company in its history. He headed the Instant messaging portions of the company in 2004 but left the next year to work for the Mayfield Fund. He stayed there for a few months before joining Facebook, which was only in its first year at the time that he joined.

An early senior executive at the social media company in 2007, he was tasked with working on user growth. He stayed with the company for 4 years and helped the platform grow to 1 billion users before his departure. Although he was a pivotal part of the social media giant's growth, according to Steven Levy's book, Facebook: The Inside Story, he was one of the worst people to work under.

Palihapitiya started The Social+Capital Partnership after he left Facebook. Under his new fund, he invested in several companies such as Slack and Yapper. In 2015 he changed the name of his fund to Social Capital. Many of his startup investments started through Embarcadero Ventures in the beginning, and he even helped to purchase the Golden State Warriors and maintains a stakeholder of the team. His big jump in wealth occurred when he helped Virgin Galactic go public via SPAC and sold his stake in 2021 for $213 million.

Chamath is a study of resilience and the strength to overcome. Having come from humble roots he learned the ability to hustle to transform his life and those around him into something new. He firmly believes in the benefits of hard work and suffers no quarter to those in need of coddling or handouts. He works hard and has no problem starting over if his current track is not bearing fruit, or at least not offering as much benefit as the next opportunity.

How rich is Chamath Palihapitiya?

In short, thanks to his smart investments and a choice set of mergers, Chamath is worth around $1.2 billion. His massive wealth is a dramatic difference from his roots in poverty as a refugee.