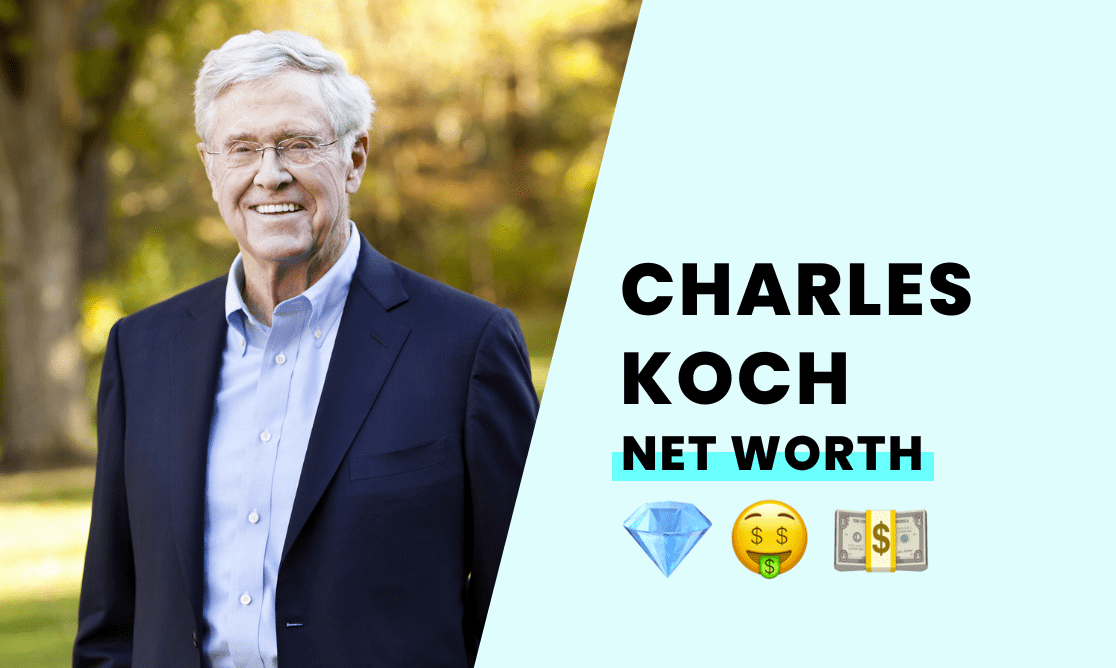 Charles Koch's net worth is estimated to be approximately $55 billion.

Charles Koch was born on the 1st of November 1935 in Wichita, Kansas, to Clementine Robinson and Fred Chase Koch. He was one of four boys.

Charles Koch spent his early years receiving a private education. After graduating high school, he enrolled at the Massachusetts Institute of Technology MIT. In 1957, he received a Bachelor of Science in General Engineering. He subsequently earned master's degrees in two fields, Nuclear Engineering in 1958 and Chemical Engineering in 1960.

Charles married Elizabeth in 1972. They have two children together, a son and a daughter. He and his three brothers have all battled prostate cancer. His brother, David, succumbed to the illness in 2019 after a 27-year battle. He was 79 when he died.

How did Charles Koch build his net worth?

Charles and his brother, David, represent the vast Koch Industries. Koch Industries was founded in 1940 by Fred Koch, who died at the age of 67, leaving his estate to his four sons. Charles had been president of the company since 1966. In 1967, following his father's death, he became chairman. In 1983, Fred and Bill Koch sold their holdings to their brothers, leaving Charles and David in charge. The split was acrimonious and followed years of very public court cases between the brothers.

Originally an oil company, Charles took Koch Industries on an acquisition trail in the 2000s, diversifying the company holdings and putting excess cash to good use. Company products now include oil, polymers, resins, robotics, bio-fuels, paper, and glass. These diverse products helped to grow the business to its current valuation of more than $100 billion, the largest privately owned company in the US. The Koch brothers are also involved in options trading. Through their efforts, Charles and David turned a sizable legacy into assets worth billions.

How has Charles Koch spent his wealth?

Charles Koch has homes in Indian Wells, California; Aspen, Colorado; Vail, Colorado; and Wichita, Kansas. His Wichita mansion is on the same compound where he spent his childhood. Charles lives a comfortable life. Still, compared to his brothers, his expenditure appears modest.

Koch is actively involved in funding projects mostly related to education, research, and entrepreneurial skills. He and David have spent hundreds of millions of dollars trying to reshape the Republican party and the US. They are accused of spreading disinformation about climate change and spending millions fighting efforts to limit carbon emissions.

The Koch brothers are also connected with the Tea Party movement, pushing for a smaller, more conservative government with fewer regulations.

How rich is Charles Koch?

Charles Koch has an estimated net wealth of $55 billion.

Is Charles Koch a billionaire?

Charles Koch is a billionnaire

Charles Koch inherited a large sum of money, but he and his brother David grew the inheritance into the enormous holding company it is today.