Chip and Joanna Gaines' net worth 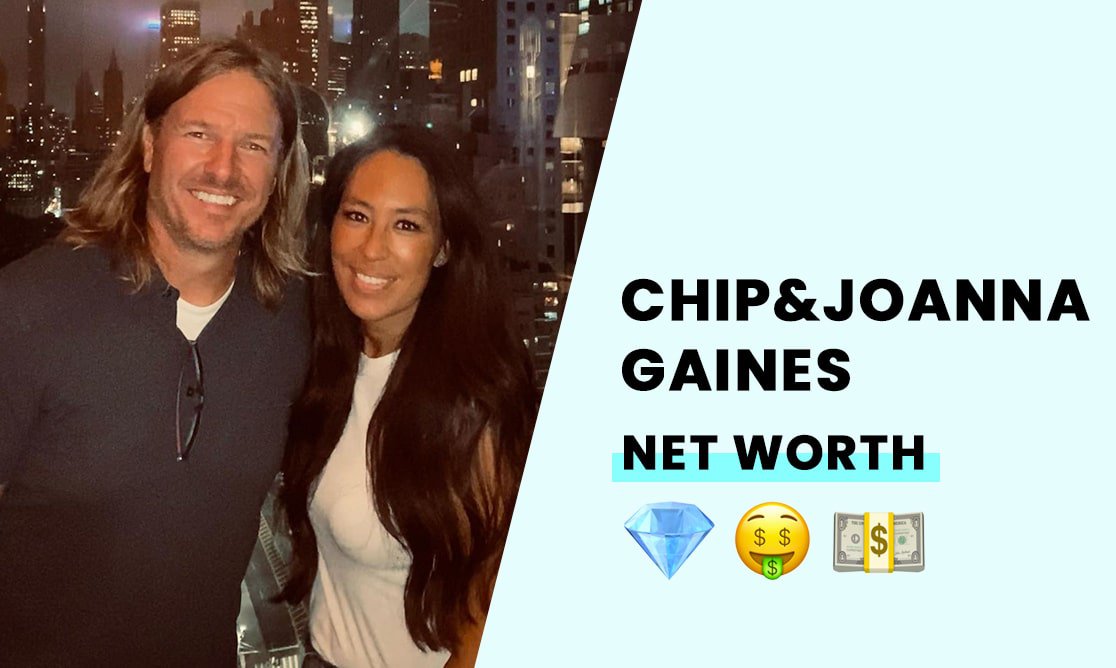 The estimated net worth of Chip and Joanna Gaines is $20 million.

Chip and Joanna Gaines shot to the top of the HGTV ratings with their popular reality show, "Fixer Upper," in 2013. The power couple went on to build a real estate and home improvement empire, developing influence on social media and the entertainment circuit.

Joanna was born in Texas and grew up intending to pursue a career in broadcast journalism. Chip and Joanna attended Baylor University, but never met as students. A few years after their graduations, the couple had their first meeting at Chip's father's auto shop.

They hit off and were married in May 2003. After marrying, the couple decided to start making money by flipping houses together. They were successful at the venture, deciding to expand their business by opening a retail store called "Magnolia Market".

After gaining a reputation as successful real estate flippers in Waco, the couple got the opportunity to start a reality TV show.

How did Chip and Joanna Gaines build their net worth?

"Fixer Upper" was a smashing success. While earning a salary from the show, the couple decided to take their Magnolia Market idea and turn it into an online store. The couple released a book, "The Magnolia Story," in 2016, and they started their magazine, "Magnolia Journal."

Chip and Joanna decided to stop their involvement with Fixer Upper in 2017.

The couple decided in 2017 that they would not be continuing with Fixer Upper because the show was starting to interfere with their personal life and business. The couple released several books and launched a décor line called "Hearth & Hand" with Target in 2017.

The couple opened the doors to their Texas restaurant, "Magnolia Table", in 2018. While appearing on the Jimmy Fallon show, they announced they were launching an independent online TV network, "Magnolia Network." Chip and Joanna also opened a coffee shop called "Magnolia Press" in 2019.

In 2021, Chip and Joanna made a surprise return to the "Fixer Upper" series. They use the show to reveal all the tricks of the trade they learned while earning millions flipping houses and building their business empire.

Chip and Joanna say they earned their success through hard work. They said the first few years of flipping homes were challenging. However, when they had a recipe for success, everything changed.

The couple also said their natural ambition to achieve an empire together led them to dream of bigger accomplishments and make the leap into the public spotlight through their TV success.

How rich are Chip and Joanna Gaines?

With an estimated combined fortune of $20 million, Chip and Joanna Gaines are one of the wealthiest power couples in America, and the stars of the hit reality show, Fixer Upper. They also have several successful businesses, and they are accomplished authors with books on the New York Bestseller list.