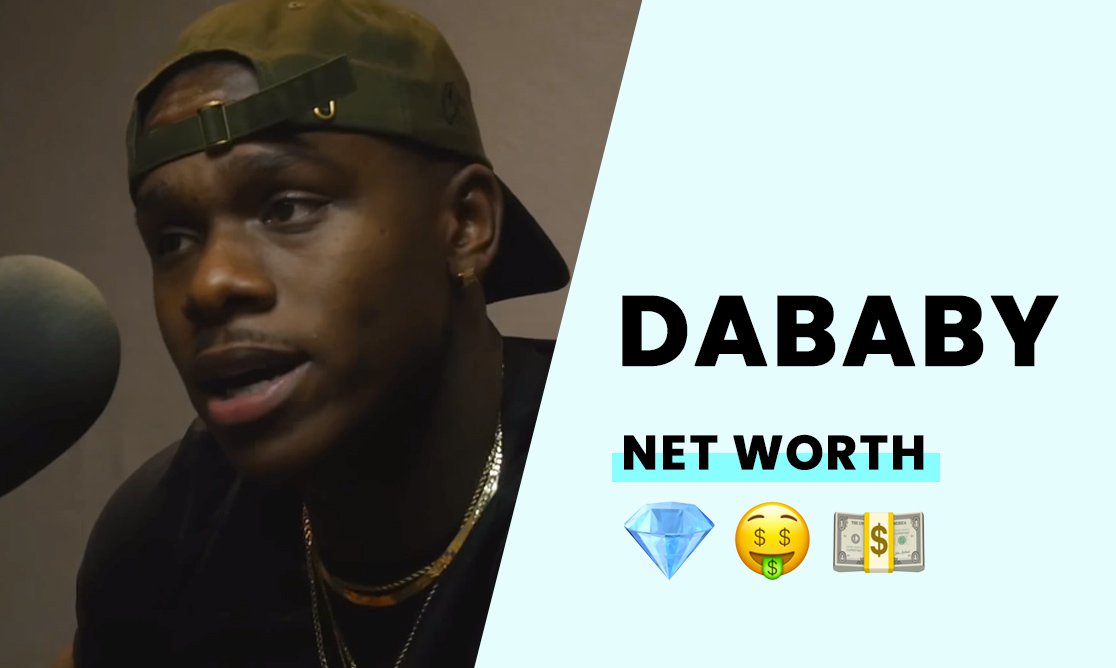 The estimated net worth of DaBaby is $5 million.

DaBaby is one of the most successful debut rappers of the last 5-years. The artist took the trap rap scene by storm in 2017 when he wore a diaper to a South by Southwest show.

Born December 22, 1981, in Cleveland, Ohio, Jonathan Lyndale Kirk moved with his family from New York to Charlotte, North Carolina, in 1999. The rapper spent his youth in charlotte, and he had plenty of run-ins with local law enforcement during his teenage years.

After several arrests and revoking his driver's license, Kirk decided it was time to change his life. He started rapping in 2014 as a way to escape his life trajectory and start something new.

Initially, the rapper started his career using the stage name "Baby Jesus." However, he changed it to DaBaby to avoid future conflict over his name in the industry.

DaBaby attended Julius L. Chambers High School in Charlotte, graduating in 2010. After high school, he attended the University of North Carolina, spending two years at the Greensboro campus before dropping out to chase a career in music. DaBaby never finished college, stating that he only attended because his parents forced him to do so.

How did DaBaby build his net worth?

DaBaby built his fortune through his music career. The artist released his debut mixtape under his first rapper name, "Baby Jesus," with "Nonfiction" in 2015. The "God's Work" mixtape series followed shortly afterward, cementing his reputation in the industry.

The artists signed a deal with Interscope Records in 2019, launching "Billion Dollar Baby Entertainment" while officially changing his name to "DaBaby." Kirks' debut album, "Baby on Baby," launched in March 2019, and the single "Suge" soared into the top 10 entries in the Billboard Hot 100 chart.

DaBaby capitalized on the momentum, releasing his second album, "Kirk" later that same year. The hit single "Intro" reached the number 13 position on the Billboard Hot 100. DaBaby received two Grammy nominations in the categories of Best Rap Performance and Best Rap Song at the 2020 awards for "Suge."

Kirks's third studio album, "Blame it on Baby," was released in April 2020, debuting at the top of the Billboard 200. The single "Rockstar" shot to the number one position on the charts, featuring his collaboration with fellow rapper Roddy Ricch. The song topped the charts for seven consecutive weeks on the Billboard Hot 100.

DaBaby believes his success comes from his mindset. After turning his life around with his music, the rapper started to understand the power of his mind. He understood that his dedication to his work would change his life. He persisted through the low points of his career, but he always felt he was on the path to success.

How rich is DaBaby?

With an estimated fortune of $5 million, DaBaby is only at the start of his career, and we feel he has a long way to go in the coming decade.

Is DaBaby a millionaire?

Dababy is a millionaire rapper.

Is DaBaby a billionaire?

Despite his wealth, Dababy cannot claim to be a billionaire.

Dababy did not appear in any bankruptcy searches we conducted.

Any of Dababy's wealth has come as a result of his own work. Dababy was not born rich.