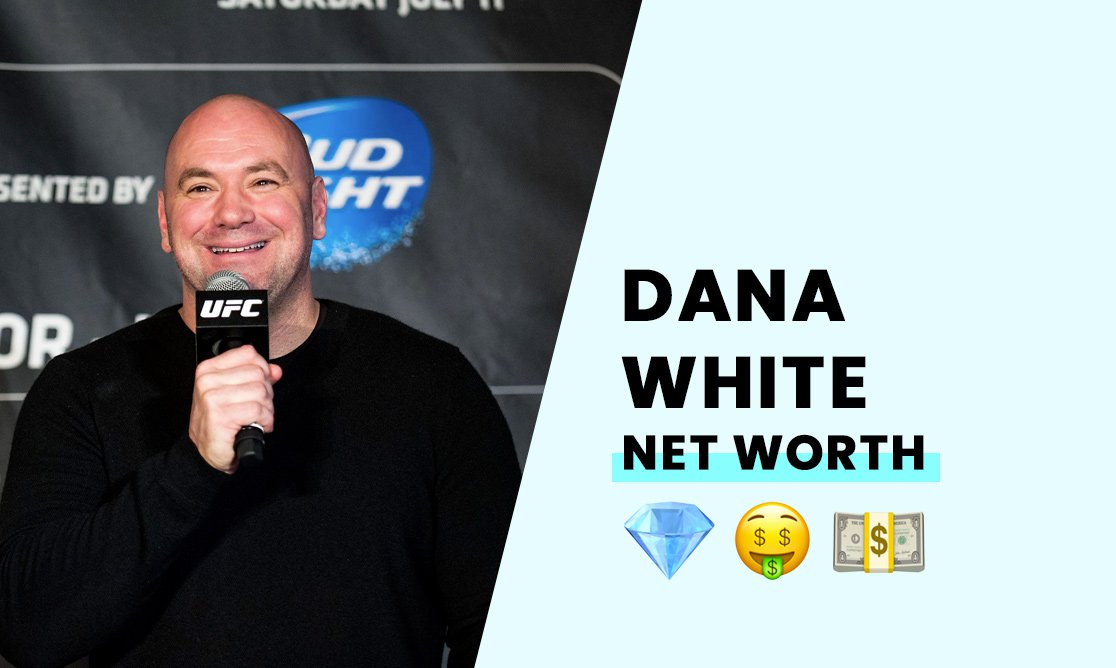 The estimated net worth of Dana White is $500 million.

As the president of the Ultimate Fighting Championship (UFC), Dana White is the force credited with bringing the sport of mixed martial arts into the limelight, garnering the league's international acclaim as the top-ranked MMA league in the world. Dana also collects a $50 million annual salary from his role as the organization's president.

Dana Frederick White Jr. was born on July 28th, 1969, in Manchester, Connecticut. His parents, Dana and June White, split when he was young, with Dana and his sister Kelly growing up with their mother and grandmother. The kids would spend time between Maine and Las Vegas, visiting their parents.

While growing up, Dana developed a love for sports, particularly boxing. He is also a lifelong superfan of the Boston Red Sox.

Dana White graduated from Hermon High School in 1987. After completing his high schooling in Maine, Dana attended the University of Massachusetts, but he dropped out before graduating.

While he was studying, Dana founded a boxing program for inner-city youth, earning his living as an aerobics instructor. He relocated to Las Vegas permanently in 1992, founding Dana White Enterprises.

How did Dana White build his net worth?

Dana White built his net worth through his career as the president of the UFC. Dana owned 6% of the organization at the time of its sale to William Morris Endeavor (WME) in 2016. He previously sold a large portion of his stake in the UFC to the Fertitta brothers, receiving $360-million from the deal.

Dana negotiated the sale to the casino magnate Fertitta brothers after discovering that the parent company of the UFC, Semaphore Entertainment Group, was in financial trouble. White's childhood friend, Lorenzo Fertitta, accepted the offer alongside his brother, Frank, paying $2 million for the company before selling it to the WME/IMG group in 2016 for a stunning $4 billion.

After purchasing the UFC in 2001, the Fertitta brothers named White the organization's president. White continues to run the UFC as its president after the sale of the company. White has a reputation as the man that made MMA a global phenomenon and the fastest-growing sport in the world.

In March 2019, Dana revealed that he signed an extension on his UFC contract, securing his position as the president of the UFC until 2026.

Dana attributes his success to his risk-taking personality. He's a prolific gambler, and many of the casinos in Las Vegas issued him his "walking papers" due to his success at the tables.

He states that he isn't afraid to try new ventures, including his partnership with the MMA star Conor McGregor. Dana was instrumental in bringing together the super fight between the biggest star in MMA and the legendary boxer, Floyd Mayweather.

How rich is Dana White?

With a reported wealth of $500 million, we expect it won't be long before Dana reaches the coveted billionaire status. He has friendships with some of the richest men in sports entertainment, and he's a personal friend of Donald Trump, the 45th president of the United States.