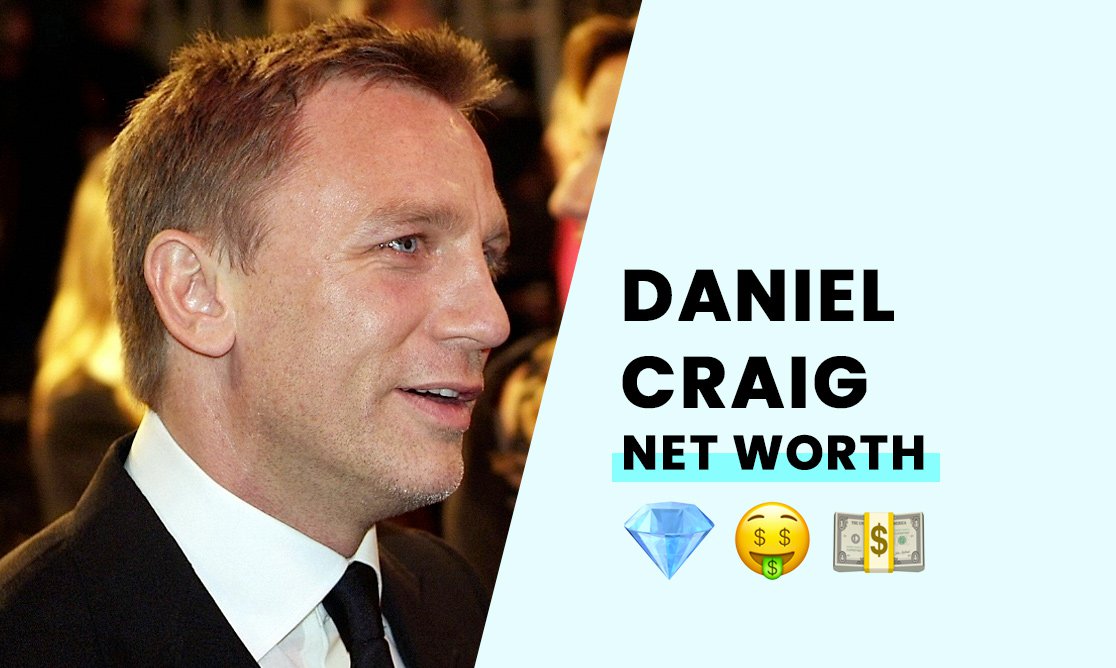 The estimated net worth of Daniel Craig is $160 million.

Daniel Craig is an English-born Hollywood actor with an impressive resume of blockbuster films on his resume. He's best known for playing the super spy, James Bond.

Born in Chester, England, on March 2, 1968, Daniel Wroughton Craig is the son of Carol and Timothy Craig. His mother was an art teacher, and his father had a career in the merchant navy before becoming a landlord of two establishments in Cheshire.

Daniel has an older sister named Lea, and his parents divorced when the kids were young. Daniel and his sister went to live with their mother in Liverpool.

Daniel's mother would take him to an acting class at a young age. Daniel received training at Liverpool's Everyman Theatre, and he started acting in school plays. Daniel gained acceptance into the National Youth Theatre at 16 years old.

He left school and moved to London to attend classes, financing his studies through working a part-time job at restaurants and bars. He would complete his studies at Guildhall School of Music and Drama, graduating in 1991.

How did Daniel Craig build his net worth?

Craig started his career in film and media productions in the late 90s. However, he got his big breakthrough playing the role of James Bond in the most recent additions to the franchise.

In 2005, Eon Productions approached Daniel to play James Bond. The producers reportedly had to court Craig as he was initially hesitant to play the character. As expected, there was a significant amount of public backlash at the producer's selection of Craig, but the production team was ready to handle the reaction.

Craig debuted as Bond in the highly successful 2006 film "Casino Royale." The film grossed more than $500 million at the global box office, making it a smash hit. Craig silenced his critics with his performance in the first of his five films to come in the Bond franchise.

Craig would earn $3.2 million for his role as Bond in Casino Royale. He earned $7.2 million for Quantum of Solace, $20 million for Skyfall, $30 million for Spectre, and $25 million for No Time To Die. Craig's contribution to the Bond franchise would gross Sony a total of over $3.5 billion at the global box office, with Skyfall being the only film in the franchise to cross the billion-dollar mark.

Daniel says he maintained the Bond role for over 15-years due to his commitment to fitness and health. He kept a consistent training routine throughout his preparation for the character. He says he's looking forward to making some changes in his career and lifestyle he couldn't do when playing the character of Bond.

How rich is Daniel Craig?

With an estimated fortune of $160 million, Daniel Craig is one of the A-List superstars to build his career around playing the part of James Bond. Craig finished his career as the British super-spy, with his final contribution to the series No Time to Die in 2021.