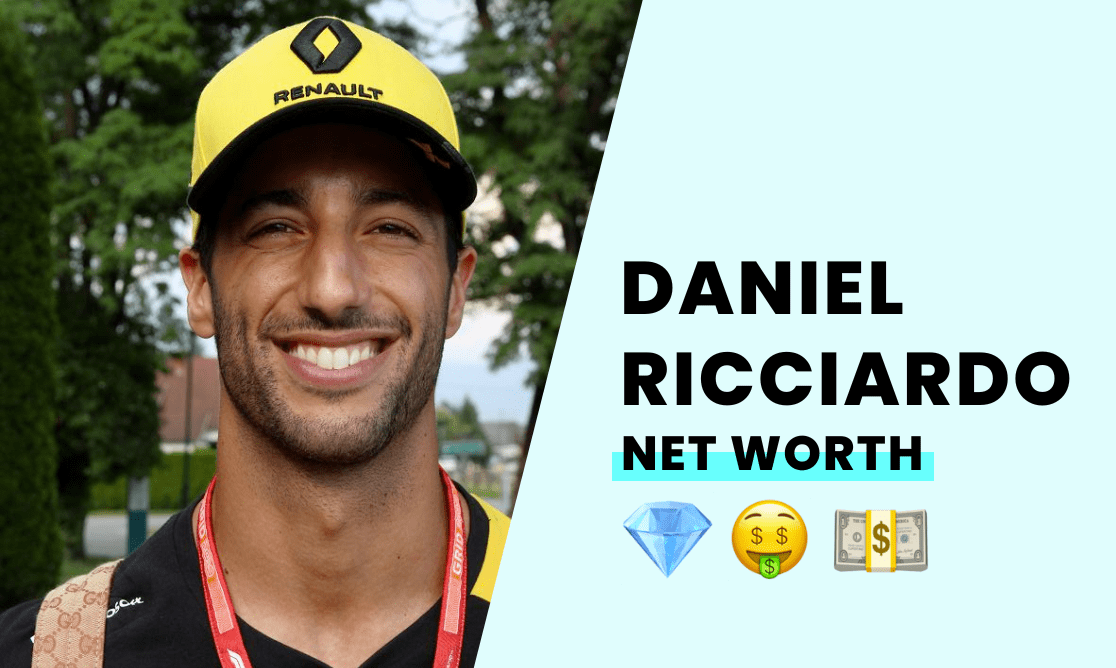 Daniel Ricciardo's net worth is estimated to be $65 million, making the fun-loving Aussie one of the wealthiest drivers in Formula One racing.

Born 1 July 1989 in Perth, West Australia, Daniel Ricciardo was born into a kart racing family. His father, Joe, was a kart racer.

Ricciardo's journey through formal education ran out of road at K-12 high school in Perth, Australia. The rest of his education has been on the F1 track.

Ricciardo has been linked with a number of beautiful ladies over the years. He's not married.

How did Daniel Ricciardo build his net worth?

Daniel is a prolific Formula One driver, with impressive career stats, millions of followers on Instagram, and a net worth of approximately $65 million.

Like most F1 drivers, the bulk of his money comes from the salary and bonuses for racing on a team, with a smaller part from brand deals.

His racing career started at the tender age of nine when he was an active participant in the Tiger Kart Club.

He then joined the Formula Ford championship in Western Australia in 2005. By the end of the season, he finished 8th overall.

He leased an older racer to join the Formula Ford but due to the age of his car, he didn’t place well.

Not to be deterred he moved on to Formula Three in 2008 where he made his debut in Nurburgring.

He was signed on to the Formula 3 Euro Series team which helped increase his overall racing experience.

Ricciardo then drove for Carlin Motorsport in 2009 for the British Formula 3 Championship and stay on to race in the Macau Grand Prix.

After making it into F1 racing Ricciardo has gone on to race with HRT, Toro Rosso, Red Bull, Renault, and McLaren-Mercedes.

He has started over 200 races, won eight races, and made it onto the winner's podium an impressive 32 times.

Ricciardo's biggest influx of cash however came in 2020 when he signed on with the McLaren-Mercedes as their top driver alongside Lando Norris.

He reportedly makes $15 million per season with the McLauren team and also boasts an extra $2 million worth of endorsements.

How has Daniel Ricciardo spent his wealth?

According to various media reports, Daniel Ricciardo has invested his money into real estate and a collection of exclusive cars.

For example, he purchased a lavish $13 million mansion in Beverly Hills, California.

And in the garage one of the ultimate high-performance cars, an Aston Martin Valkyrie.

How rich is Daniel Ricciardo?

Daniel Ricciardo's net worth is around $65 million.

Is Daniel Ricciardo a millionaire?

He's a multi-millionaire, earning $15 million a year from his F1 team, McLaren.

Does Daniel Ricciardo come from a rich family?

No, the Australian F1 driver doesn't come from an especially wealthy family.

Growing up in Perth, West Australia his mother and father had enough money to support his kart racing and rise through the ranks until he started racing in Formula One.