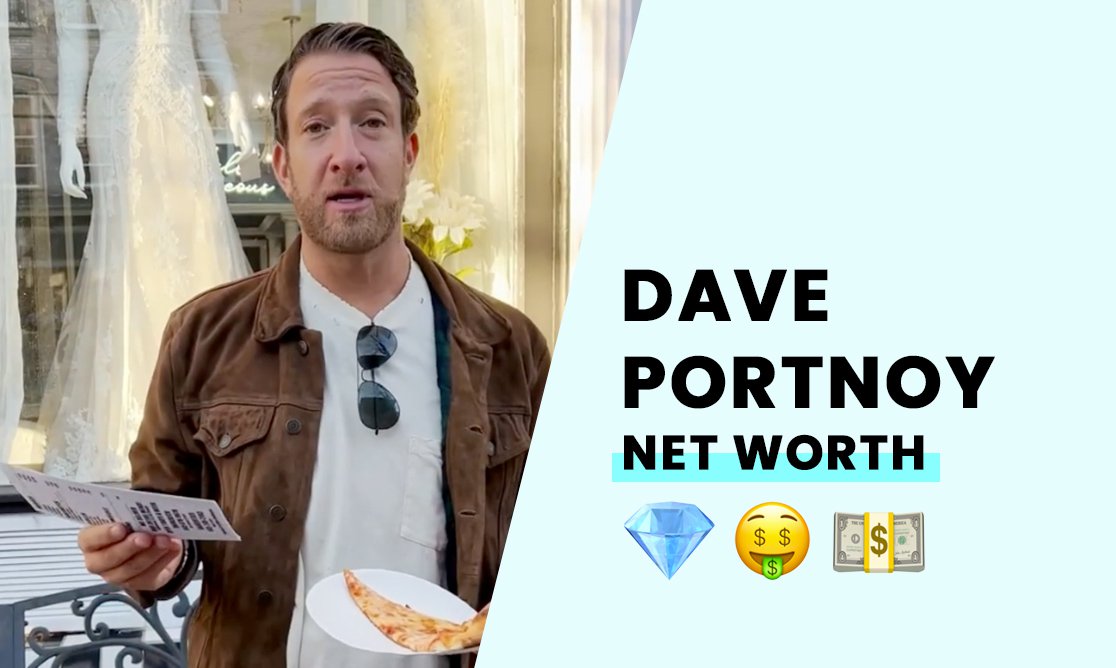 The estimated net worth of Dave Portnoy is $80 million.

Portnoy sold a majority stake in Barstool Sports to the Chernin Group in 2016, and Penn Gaming acquired a 36% stake in the company in 2020, purchasing it for $163 million.

Born on March 22, 1977, in Swampscott, Massachusetts, Dave Portnoy is the son of Jewish parents, Michael and Linda (née Kaufman). The youngster spent his youth growing up around Boston, and he's a huge fan of the Red Sox.

Dave attended Swampscott High School graduating to attend the University of Michigan. Dave graduated from university in 1999 with a BA in education. After completing college, Dave moved to Boston, starting a job with an IT firm, the "Yankee Group," before founding Barstool Sports.

How did Dave Portnoy build his net worth?

Dave founded his company, Barstool Sports, in 2003. The company initially started with a sports publication available in the Boston area. However, with the advancement of the internet, Dave started the company’s website in 2007. The site grew into a media powerhouse over the coming decade.

Dave earned himself the moniker of "El Presidente" or "Stool Presidente" for his role at the company. He eventually sold a majority stake in the firm to Peter Chernin in 2016 for an estimated sum of between $10 to $15 million.

Chernin invested a further $20 to $25 million in an effort to increase his stake in the company to 60% in 2018. Portnoy retains 100% control of the company, and it produces podcast content, merch, TV shows, alcohol beverage brands, and more.

In January 2020, Penn National Gaming acquired a 36% stake in Barstool Sports at a $450 million valuation, paying $163-million to settle the deal. In the days after the deal's announcement, Barstool shares soared to all-time highs of $38.

During the 2020 pandemic, Dave founded DDTG (Davey Day Trader Global) after assessing that "stocks only go up." He garnered a huge following in the market, and he is notorious for going all-in on the meme stock craze in 2021, with "diamond hands."

However, Dave sold his stake in AMC and GameStop after losing nearly $1-million in the crash. The move saw him experience ridicule from the investment industry, but he still runs the DDTG channel on YouTube today.

Dave attributes his success to his work ethic and understanding of the youth market in sports gambling. He produces edgy content, and many woke activists slate the man as a sexist due to his use of women as objects on Barstool programming. Dave is also one of the founders of the phrase "Saturday is for the boys."

How rich is Dave Portnoy?

With a reported wealth of $80 million, Dave Portnoy is one of the most influential social media names in sports broadcasting, and he has a reputation as a day trader willing to place huge bets on stocks.