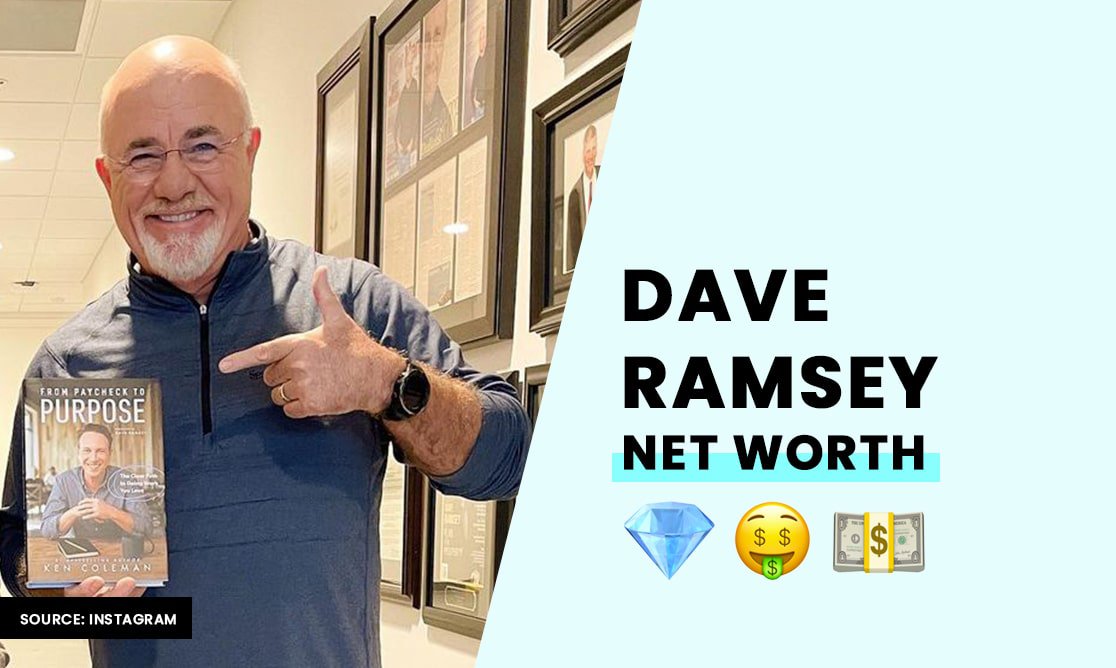 The estimated net worth of Dave Ramsey is $200 million.

Ramsey is a leading voice in America’s personal finances. He’s an author, entrepreneur, and radio host. Dave Ramsey is one of the internet's leading educators on financial literacy, and he has a successful catalog of books, and his radio show targets a Christian audience.

Born in Antioch, Tennessee, in September 1960, David L. Ramsey III built a real estate empire by the time he was 26, with a portfolio of over $4 million. However, he ended up receiving a loan demand from a bank, causing him to file for bankruptcy.

After counseling couples at his local church, he decided to study consumer financial issues. He curated his knowledge into a book, "Financial Peace," published in 1992. He also landed a spot as the co-host of the radio show, "The Money Game," in 1992.

Dave graduated from the College of Business Administration at the University of Tennessee, Knoxville, in 1982 with a Bachelor's degree in real estate and finance. After finishing school, Dave started his media and real estate empire.

How did Dave Ramsey build his net worth?

Ramsey co-hosted "The Money Game" in 1992 alongside Roy Matlock from Primerica. The show eventually changed its name to "The Dave Ramsey Show," premiering on more than 600 radio stations in Canada and the United States.

The show is also available in podcast format on iHeartRadio, and it airs live on YouTube and DaveRamsey.com. Currently, The Dave Ramsey show airs to more than 16 million listeners every week.

Dave earned a guest appearance on "The Oprah Winfrey Show," "60 Minutes," and "The Early Show." Dave recorded a 6-part series called the "Dave Ramsey Project" in collaboration with CBS, but the show never made it to air.

Ramsey gained notoriety after claiming that investors can earn a 12% annualized return from their real estate investments while following his strategy. He also drew heat from social media after building a lavish home in 2010. However, Dave went on to build a real estate portfolio worth $150 million, silencing his critics.

Dave says that he earned his wealth through his commitment to learning about finances and how it affected his role in society. He believes in listening to his gut, and he says that it's important to follow your dreams in life, even when other people say you have no chance of making them a reality.

He also believes in change, and he says that change will never come to a person's life unless they are in a position that forces them to change. As a result, few people have the character and courage to make the change they need in their lives.

How rich is Dave Ramsey?

With a reported wealth of $200 million, Dave Ramsey is a successful financial educator and real estate investor. He continues to grow his real estate empire while running The Dave Ramsey Show. He also nets a $15 million annual income from his businesses and his YouTube channel.