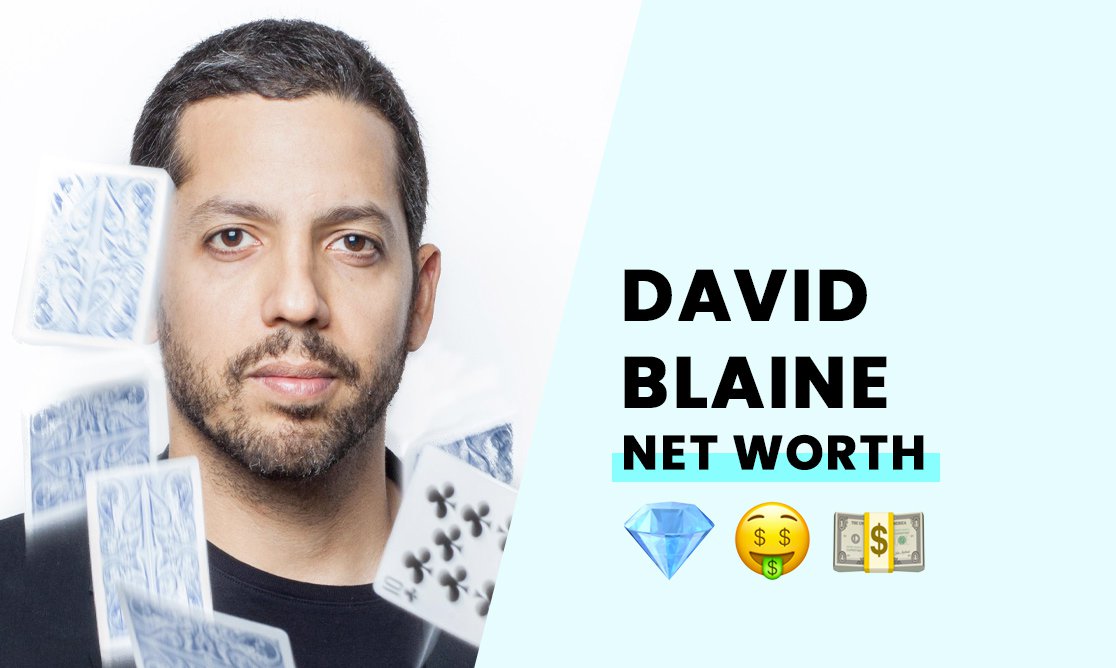 The estimated net worth of David Blaine is $40 million.

David Blaine is an American street magic artist, mentalist, and illusionist. He rose to fame with his street magic series on TV and YouTube and performed outlandish stunts of human endurance at live shows across the UK and America.

Born on April 4, 1973, in Brooklyn, New York, David Blaine White is the son of William Perez and Maureen White. His mother was a teacher, and his father was a Vietnam War veteran. David recalls seeing magic for the first time while taking a subway ride with his mother when he was four years old.

The moment captured his mind, inspiring him to start a career as a magician. His father abandoned the family when David was young. His mother remarried John Bukalo and the family moved to Little Falls, New Jersey.

Blaine grew up in New Jersey, attending Passaic Valley Regional High School. After his graduation, he skipped college to move to Manhattan to practice street magic with people in the city.

He would land TV specials for his magic acts, with the first project airing on ABC in May 1997. The show was a hit, and David spent two years on the road visiting different cities across the US to practice his street magic and record it for the cameras.

How did David Blaine build his net worth?

Late 2013 saw David star in a 90-minute ABC special "David Blaine: Real or Magic." Matthew Akers directed the special, with David performing magic in a show aimed at a celebrity and A-list audience. His next 42-minute special, "Beyond Magic," aired on ABC in late 2016.

Beyond Magic would stun audiences when David caught a bullet in a steel cup placed inside his mouth. His next special aired on ABC in 2020, "David Blaine: The Magic Way."

This special was closer to what Blaine started with during the early days of his career. The artist produced content of him doing street magic and other tricks over video chat due to COVID restrictions at the time.

David Blaine is a talented performer. He has had audiences in the Oval Office with former US presidents Barack Obama, George W. Bush, and Bill Clinton. David Blaine can earn as much as $15 million from his touring.

In 2018, David earned a total of $13.5 million in a career-best, making him one of the highest-paid magicians in the world. In 2005, David paid $1.675 million for his duplex apartment in the NYC neighborhood of Tribeca.

David Blaine says he knew he wanted to be an illusionist from a small child. He said he never doubted his abilities and knew people would love his style of magic.

How rich is David Blaine?

With an estimated wealth of $40 million, David Blaine is a respected magician and illusionist. He has many successful web series and an impressive array of fantastic stunts on YouTube.