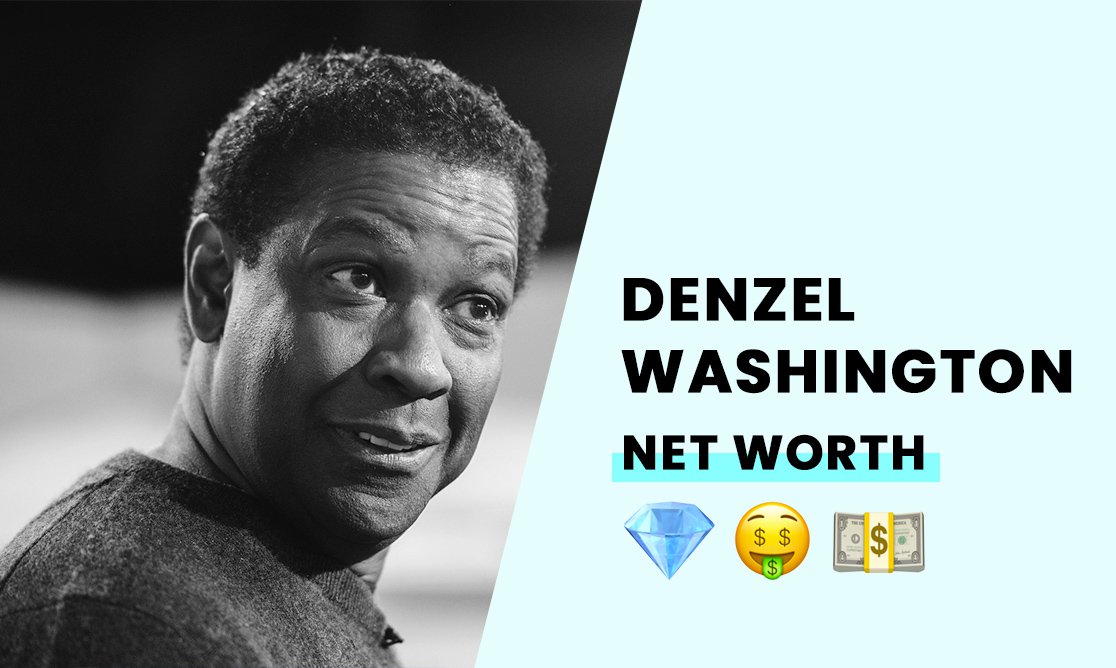 The estimated net worth of Denzel Washington is $280 million.

Denzel Washington is an American actor, producer, screenwriter, and director. He routinely earns up to $80 million each year from endorsements and acting salaries.

Born in Mount Vernon, New York, on December 28, 1954, Denzel Hayes Washington, Jr. is the son of Denzel Washington Sr, a minister and municipal worker, and Lennis Washington, a beauty salon owner. Denzel’s parents divorced when he was 14 years old.

Denzel grew up in New York, spending time with his friends on the streets. He would get into trouble regularly, causing his mother to send him to the military school at the Oakland Military Academy in New Windsor, New York.

Denzel would later credit his mother’s decision to send him to the institution for saving his life. Denzel graduated from military school, attending Fordham University in New York City. He spent his first summer working at a YMCA, returning to university to graduate in 1977 with a BA in journalism and drama.

Washington earned himself a scholarship to the American Conservatory Theater in San Francisco. However, he dropped out after a year, returning to New York to pursue a career as an actor. While dropping out of graduate school, Denzel would later earn three honorary doctorate degrees.

How did Denzel Washington build his net worth?

Denzel built his fortune through acting, producing, and directing movies. His first role on screen came in 1977. He featured in the made-for-TV film Wilma. Washington would get his first big opportunity in 1982, landing a spot on “St. Elsewhere” a popular TV medical drama as Dr. Phillip Chandler.

Before landing roles in movies, Denzel stayed on the show for all six seasons. Denzel’s early movie career saw him land his debut role on the silver screen in the 1981 film Carbon Copy. From there, the actor cemented his name as one of Hollywood’s A-list celebs, earning standout roles in Malcolm X, The Pelican Brief, Philadelphia, and Courage Under Fire.

In 1995, Denzel earned $7.5 million for his role in Virtuosity. Denzel increased his earnings to $12 million per movie for Fallen and The Siege, and his Oscar-winning performance in the 2001 action, Training Day.

Denzel Washington believes in the power of his mind and setting goals for himself. He routinely writes down his goals, and he says he likes reading them back to himself while looking in the mirror.

He has kept himself out of trouble in Hollywood over the span of his long career in acting, remaining married to his wife Pauletta Washington since their wedding in 1983. He’s made the bulk of his wealth from movies but he’s also shrewdly built up wealth using real estate, owning properties in Los Angeles and New York.

How rich is Denzel Washington?

With a reported fortune of $280 million, Denzel Washington is one of Hollywood’s most successful male actors, and he receives up to $80 million per year in endorsements and movie salaries.