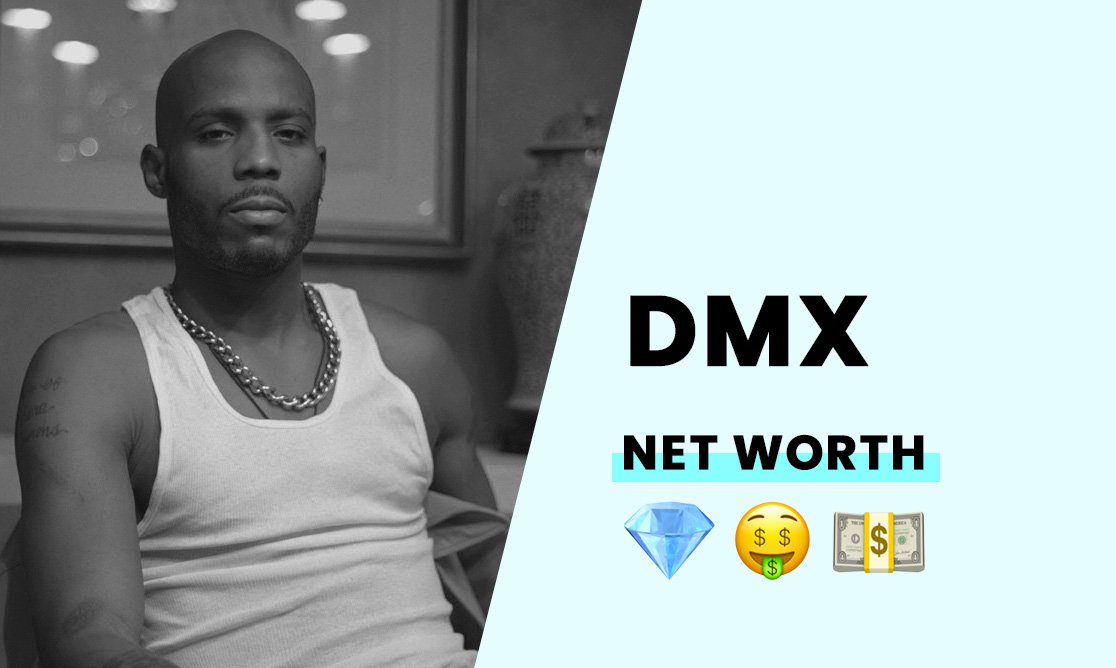 American hip hop star, DMX, died from a heart attack in 2021 with an estimated net worth of minus -$1 million. While the rapper had plenty of success with his music, his finances were in a constant state of disarray throughout his career.

Born on December 18, 1970, in Mount Vernon, New York, Earl Simmons went by the stage name "DMX." The acronym of his rapper name means "Dark Man X." The son of Arnett Simmons and Joe Barker, both in their teens, DMX grew up in the impoverished neighborhood of Yonkers, New York.

Earl’s father never married his mother, abandoning them shortly after his birth. As a result, Earl grew up dealing with the abuse handed out to him by his mother's boyfriends.

DMX attended Yonkers Middle High School as a freshman, where he was a natural athlete and the second-fastest on the varsity track and field team. However, DMX never prospered in school. With weak attendance and poor grades, he dropped out to take up a life of crime.

DMX turned to armed robbery to make money when he was a teenager. His first heist was stealing a woman's handbag, netting him $100, which he used to buy a leather leash and harness for his pit bull and a pair of Timberland boots for himself.

By the end of the year, he was robbing three people a day and decided to turn to carjacking as it was the more profitable way to earn a living.

How did DMX build his net worth?

DMX built his early wealth through the release of his first two studio albums, "It's Dark, and Hell is Hot," and "Flesh of My Flesh, Blood of My Blood," both released in 1998. However, by 2000, DMX was already in deep financial trouble, requiring fellow rapper Jay-Z, CEO of Def Jam at the time, to come to his aid to bail him out of his debts.

DMX had success with his music, eventually leaving Def Jam in 2006 to sign with Columbia Records. Jay-Z made it possible by paying off DMX's $12 million debt at the time. While the early 200s were not kind to Earl's bank account, he would fall off the fiscal cliff in 2008 after fathering two children outside of his marriage.

The children's mother, Monique Wayne, sued DMX for $1.5 million in child support. During the 2000s, DMX would father a staggering 15 children, leading to several child support claims draining his wealth. DMX eventually landed a six-month jail sentence in 2015 for failing to pay $400,000 in child support.

When he was alive, DMX considered himself a devout Christian, and many of his albums have biblical references and tracks where he "talks to God" in songs.

How rich is DMX?

On April 9, 2021, DMX passed away in White Plains Hospital in New York. His family was beside him for the ordeal, describing DMX as "a warrior who fought till the very end." While the estimate is that he owed more than $1 million at his passing, some experts state that the figure could be as high as $10-million.