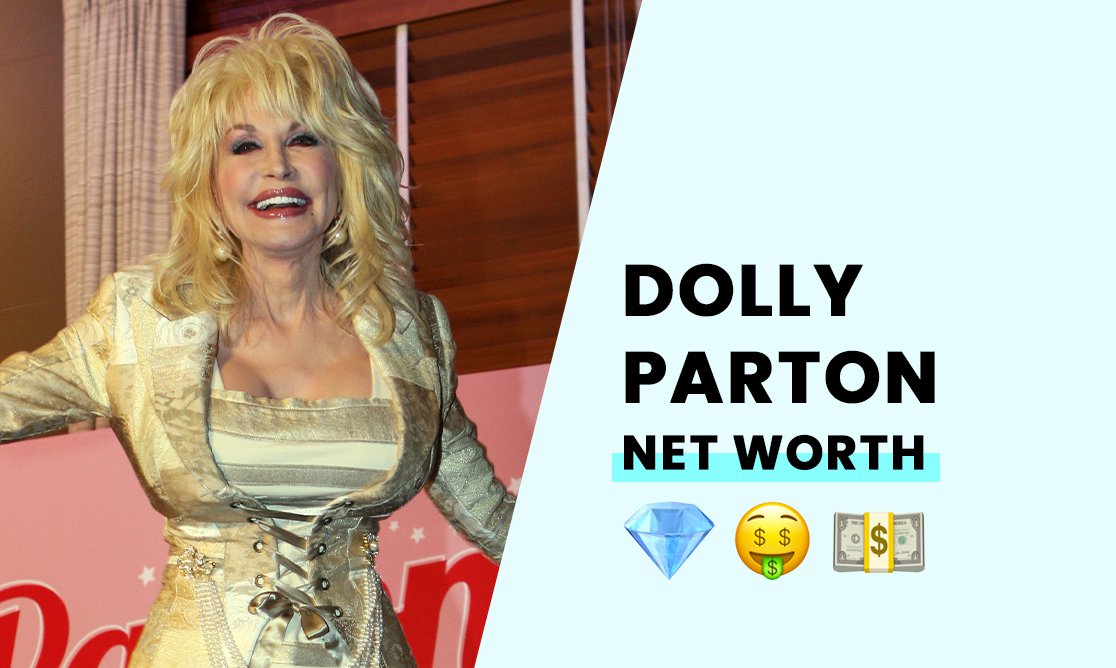 The estimated net worth of Dolly Parton is $650 million.

Dolly Parton is an American songwriter, singer, author, actress, and entrepreneur. Dolly Parton was one of the most influential names in country music during her career, and she has 41 top-10 albums and 25 hit singles, reaching #1 on the charts.

Born in 1946 in Sevier County, Tennessee, Dolly Rebecca Parton is the fourth of twelve kids in her family, with her father being a prominent tobacco farmer. Dolly describes her childhood growing up as "dirt poor," and she recalls her father paying for her delivery by giving the doctor a bag of oats.

Dolly started singing in church, and she always had a love for music. Dooly appeared on The Cas Walker Show, performing at the tender age of nine. After seeing her talent on the show, Dolly signed a contract with the small Louisiana label, Goldband Records.

Dolly attended Sevier County High School, graduating in 1964. The singer never went to college, instead choosing to move the Nashville to start a career as a country music singer.

How did Dolly Parton build her net worth?

At age 19, Dolly Parton signed to Monument Records. The label initially marketed her music as bubblegum pop, but her early pop songs were not popular, and the singer decided to shift into country music.

Her second hit single "Something Fishy" reached #17, and in 1968, she teamed up with Porter for her second studio album, "Just Because I'm a Woman," featuring a duet with Porter. The pair would go on to release 13 studio albums, with the final album releasing in 1980.

Dolly Parton earned a staggering $10 million in music royalties in the 1990s, and the singer would go on to make the legendary joke that she could buy Graceland with the proceeds from the song. Dolly earns royalties from her music, receiving $0.08 for each radio play, and $2 for every album sold.

Dolly attributes her success to her religious beliefs and her desire to move away from a life of poverty. The singer believed in herself from the start, and she kept pushing through her career until she eventually experienced the success she wanted.

How rich is Dolly Parton?

With a fortune estimated at $650 million, Dolly Parton is one of the richest and most successful country music stars in history.