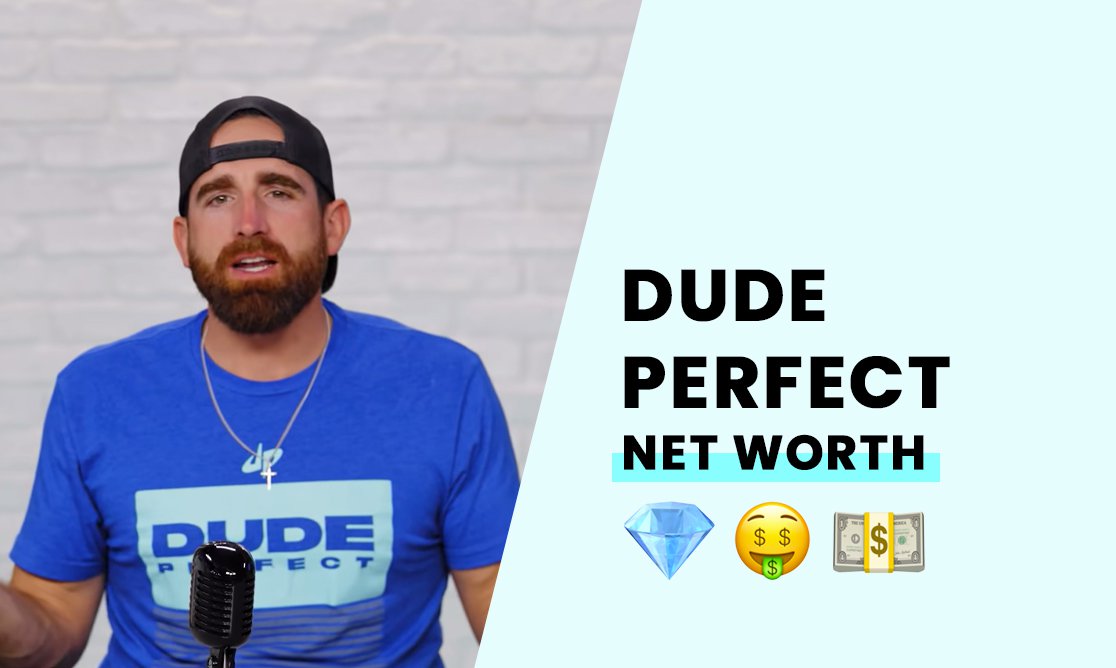 The estimated net worth of Dude Perfect is $50 million.

Dude Perfect is a group of YouTubers focusing on comedy and sports entertainment content. Dude Perfect is the team of Cory and Coby Cotton, Cody Jones, Tyler Toney, and Garrett Hilbert.

They are former high school friends and college roommates while attending Texas A&M University. The Dude Perfect stereotype and trick shot video series were popular, earning them millions of subscribers and more than 12 billion total views.

Dude Perfect earns between $20 million to $25 million per year from their YouTube channel and sponsorship deals.

The group rose to fame on YouTube betting each other for their sandwiches in backyard basketball games. They recorded their antics, publishing it on the Dude Perfect channel. Within a week of the video's release, it had over 200,000 views. The trick shot video from the Christian summer camp Sky Ranch earned them close to 20 millions views.

How did Dude Perfect build their net worth?

"Backyard Edition" was a big debut success for Dude Perfect. After the viral success of "Sky Ranch," the group received a contract from ESPN for a segment on its network programming. Dude Perfect started to get more attention, earning endorsements from several sponsors. Information on YouTuber earnings shows that Dude Perfect makes anywhere up to $25 million per year, and they also have several lucrative sponsorships with leading brands.

Dude Perfect worked with various top-level sports athletes, and in 2015, The Harlem Globetrotters chose Dude Perfect for the annual player draft. The group also approved the TV series, The Dude Perfect Show." The team set the record for the longest basketball shot in 2009 by netting from the third deck of Kyle Field.

They broke the record with a 216 foot cross-tower shot. The video gained millions of views in just hours after its release. The group's "Ping Pong Trick Shots 3" video on YouTube was #3 on the platform's most viral videos of the year. Dude Perfect collaborated with some of the most famous athletes in the world, including Serena Williams, Luke Bryan, Chris Paul, Aaron Rodgers, Ricky Stenhouse Jr., and Morgan Beck.

Dude Perfect posted its first video to YouTube in 2009 while attending Texas A&M. They're grateful for someone catching their crazy antics and reporting it to Good Morning America. They remember the unreal feeling of seeing their content go viral for the first time.

The group also has a strong Christian background from growing up with their conservative families in Texas. They credit God for giving them the opportunity to create content on YouTube and other platforms for a living. The group says they now have opportunities they could only have dreamt of just a few years ago.

How rich is Dude Perfect?

With reported annual earnings of $20 million to $25 million from their YouTube Channel, Dude Perfect has an estimated net worth of $50 million. The group continues to grow its shared wealth, and its members are all millionaires from the channel's earnings. Unless they pivot the content they’ll be pumping out more American evangelical church youth group antics for years to come.

Dude Perfect has a net worth of $50 million and each member of the group are millionaires.

Dude Perfect has not been bankrupt.

Dude Perfect was not born rich.