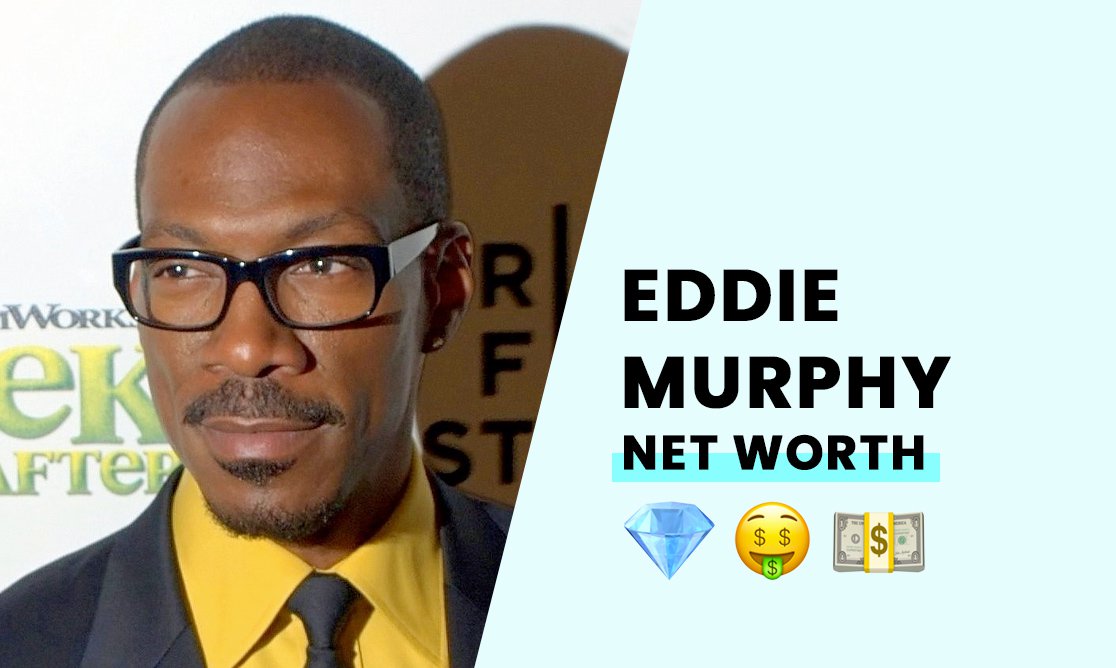 The estimated net worth of Eddie Murphy is $200 million.

Eddie Murphy is an American comedian, actor, director, and producer.

Eddie is the 6th highest-grossing actor of all time. His movies ended up taking in more than $7 billion at the box office, and he has a respected reputation as a standup comic. During the 80s, 90s, and 200s, Eddie earned around $20 million per movie, making him one of the highest-paid actors in the industry.

Born in Brooklyn, NY, on April 3, 1961, Eddie Murphy spent his youth growing up in Bushwick, Brooklyn. His father was an amateur standup and transit cop, and his mother was a telephone operator. Eddie’s father passed away when he was just eight years old, leaving a huge void in the youngster's life.

His mother would also face severe illness, causing Eddie and his brother, Charlie, to live with their grandmother while she recovered.

Eddie attended Roosevelt Junior-Senior High School. However, he fell behind in his schooling due to chasing a career part-time as a standup comic. However, Eddie ended up graduating a few months later than the rest of his classmates.

How did Eddie Murphy build his net worth?

Eddie Murphy built his fortune through standup comedy and acting. As a teen, Eddie would listen to the comedy of Richard Pryor for inspiration, and he got a break in 1980 when he joined SNL. Eddie saved the failing show from irrelevance, bringing a new audience to the platform.

During his tenure at SNL, Eddie earned $4,500 per episode in his debut season, with the show bumping his salary to $30,000 per episode the following season.

During his career as a comic, Eddie produced the legendary specials "Raw" and "Delirious." He left SNL in 1984 to start a Hollywood career.

During his Hollywood career, Eddie earned more than $300 million, and he landed a $70 million deal with Netflix in 2019 to produce a series of standup specials – something the actor thought he would never return to after his acting career.

His big break in acting came with the smash hit "Beverly Hills Cop," earning him $14 million for the movie. The actor's net worth took a dent after divorcing his wife, Nicole, in 2006, with a settlement of $15 million. The actor has ten children, and he famously paid $15 million for his private island in the Bahamas, which he named "Rooster Cay." His mansion in Beverly Hills has a valuation of between $30 million to $40 million.

Eddie has a strong belief in himself, and he says he always knew he had the talent to make himself a success.

The actor says he received support from his late brother, Charlie Murphy, during his early career, and the brothers were close until Charlie's passing in April 2017.

How rich is Eddie Murphy?

With a reported fortune of $200 million, Eddie Murphy is one of the highest-grossing actors of all time, and he is a legend in the realm of standup comedy. His recent Netflix deal leaves the industry on tenterhooks waiting for his first comedy special in over two decades.