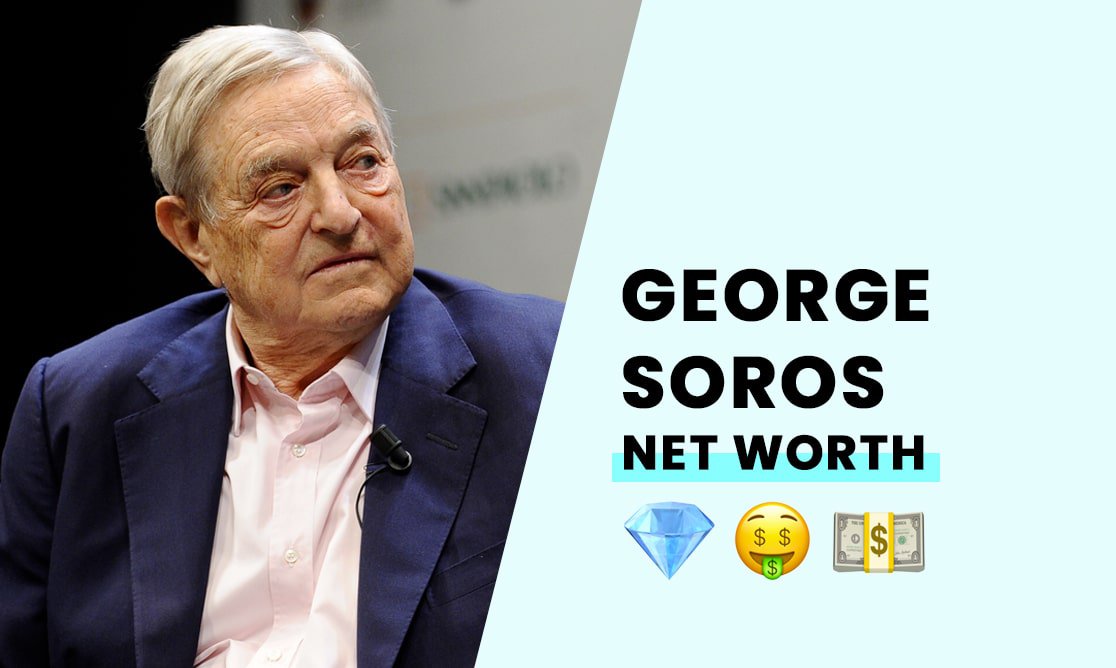 The estimated net worth of George Soros is $8.6 billion.

Soros is a successful hedge fund manager and has the nickname, "The man who broke the Bank of England." He earned the moniker after pulling off a highly leveraged trade against the pound sterling in the early 90s.

Soros managed the Quantum Fund, achieving an annualized return of 30% between 1970 to 2000. He also retains the title of chairman of Soros Fund Management LLC. Soros also has a reputation for philanthropy, donating billions of dollars to various social programs and charities.

Born in Budapest in 1930, George Soros is from a Jewish family. George immigrated to England in 1947 to escape the aftermath of the Second World War and the Nazi occupation of Europe.

George went to school in England, earning a doctorate from the London School of Economics. After receiving his education, Soros started a career in banking, founding his first hedge fund, "Double Eagle," in 1969.

How did Soros build his net worth?

Soros uses his instinct and knowledge to place highly leveraged bets on market movements in the global economy. The investor is most known for making a single-day profit of $1 billion on September 16, 1992. George shorted the British Pound, earning a fortune on the bet.

At the time of the trade, England was a member of the European exchange rate mechanism (ERM). This agreement fixed the exchange rate between member countries to stabilize trade. However, member states were pressuring England to devalue its currency or leave the system due to the pound's higher valuation giving England an unfair trading advantage.

England resisted dropping out from the system for years. However, it eventually caved to the pressure from member states, devaluing the pound by floating it on the international market to achieve fair market value.

As a result, George placed a leveraged $10 billion short position against the pound's value dropping. The story goes down in history as the single most profitable trade ever, and it earned Soros instant notoriety in the investing world.

Soros says that he experienced such success during his investing career because he has the capital, experience, and patience to wait out his investing strategy and receive the results he expects from each trade.

Soros is a formidable adversary in investing, and even governments cringe when they hear he is betting against them. George infamously took another short position against the Thai Bhat currency during the Asian Financial Crisis. He placed another highly leveraged trade, earning his hundreds of millions and the extended title of "The man who broke the Bank of Thailand."

George Sorors says he relies on his gut instinct when making investment decisions.

He has a large risk appetite, and he's not afraid to risk large sums of capital on his investment strategies.

How rich is George Soros?

With a wealth of $8.6 billion, George Soros is a hedge fund manager, investor, philanthropist, and "The man that broke the Bank of England."