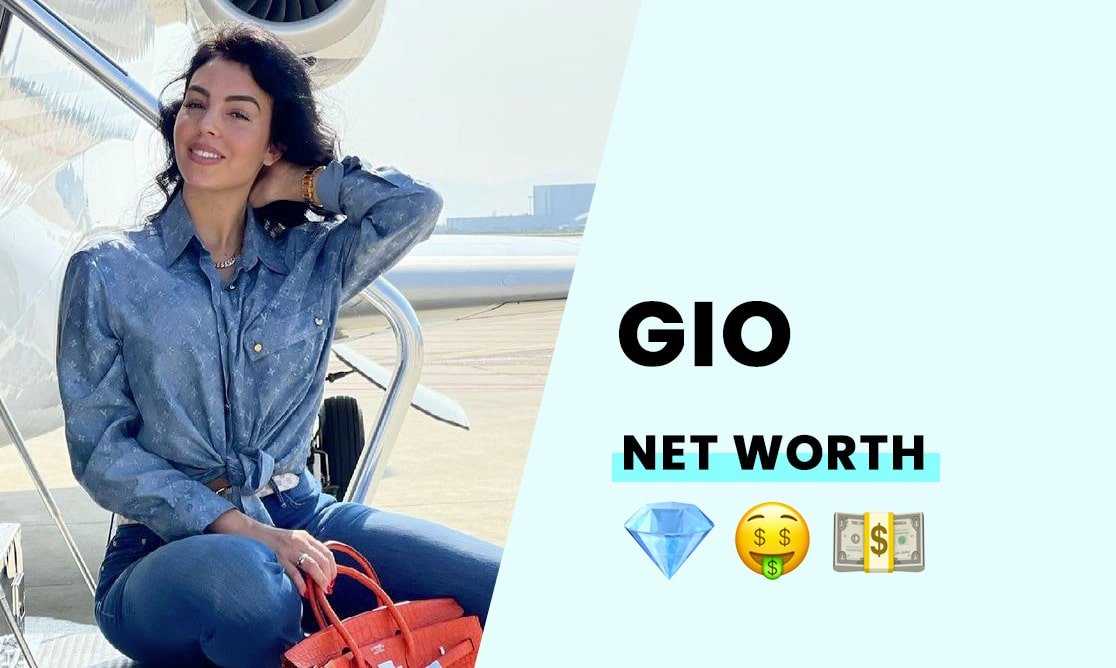 Gio - real name Georgina Rodriguez - is a model and influencer with an estimated net worth of $10 million.

She grew up in humble beginnings in Jaca, Huesca, in north eastern Spain.

Gio has a sister who you'll see occasionally on her social media and appeared in her Netflix series.

Gio continues to live in Madrid and is a mother. She attended Centro de Estudios Financieros, a private institution that provides instruction in the field of finance.

Gio is a Spanish model living in England with her partner, world famous soccer star Cristiano Ronaldo, and their three children.

Many people know my name, but few know who I am.

How has Gio built her net worth?

Gio started out by working as a shop assistant for Gucci in Madrid, where she first met Cristiano Ronaldo.

Most of Georgina's wealth comes from her relationship with Christiano Ronaldo, who has amassed a huge net wealth position from his successful career as a professional footballer playing for top-tier clubs in Europe: Manchester United, Real Madrid, and Juventus.

Georgina has become a social media star in her own right, with a whopping 36 million following on Instagram. Gio has been able to leverage her celebrity status to earn money from fashion, an industry she understands inside out.

She has modeled and endorsed fashion brands such as Gucci, as well as online fashion retailers Boohoo and Shein.

Another wealth builder has been her work for magazines like Glamour, Grazia, and Women's Health.

Netflix is said to have spent $500k-$1 million to secure the docu-series "I am Georgina."

How has Gio spent her wealth?

As we saw on the Netflix docu-series 'I am Georgina' she likes to buy clothes. More seriously, Gio shares property with Cristiano Ronaldo across Europe in Madrid and Barcelona plus property in Miami, Florida.

Get our free guide to making money online and offline including 90+ passive and active income stream ideas.

How rich is Georgina?

Georgina Rodriguez is a model and influencer with a net worth of approximately $10 million.

Is Georgina a millionaire?

Is Georgina a billionaire?

No, Georgina has not joined the billionaire club.

Georgina was born into humble beginnings in Northern Spain. Her net worth is a result of her own work and fortuitous meeting with Cristiano Ronaldo.