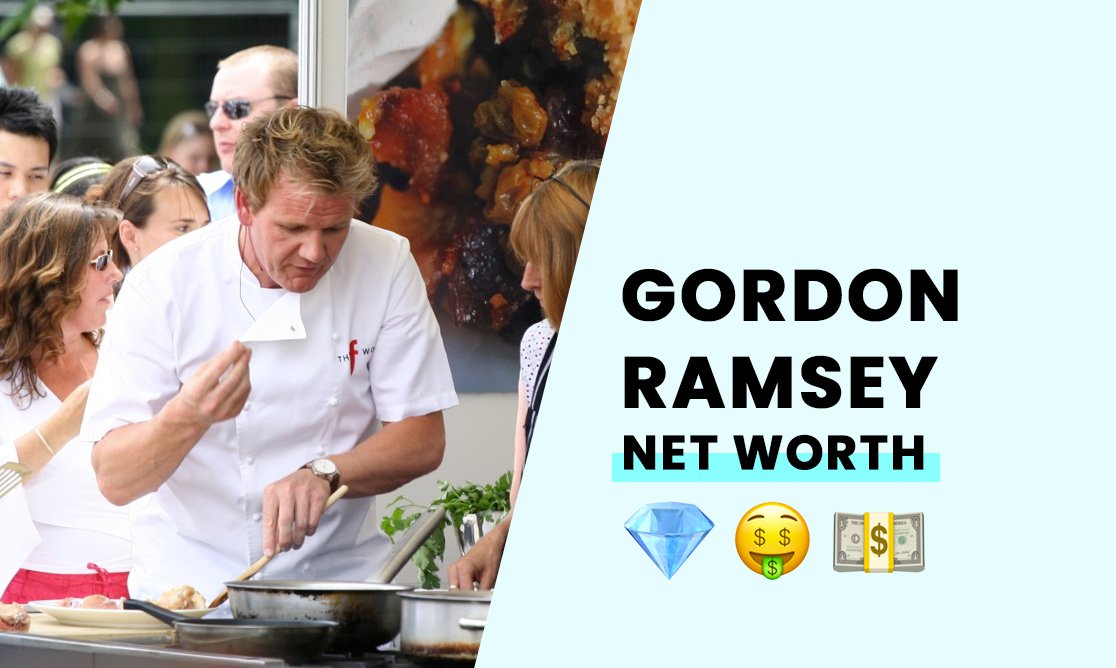 The estimated net worth of Gordon Ramsey is $220 Million.

Gordon Ramsay is an English chef and restaurateur, and he's also a well-known TV personality and food critic. Gordon even has a meme, "Finally, some good food," which is the subject of thousands of hilarious social media posts. He has a reputation for exploding in anger on his show, "Kitchen Nightmares."

Gordon James Ramsay was born on November 8, 1966, in Johnstone, Scotland. His family moved to England when he was 5-years old, and he grew up in Stratford-upon-Avon, the home of William Shakespeare.

Gordon is the second child in a family of four children, and his family moved around a lot during his youth due to his father's career. Gordon notes that his father was an alcoholic and womanizer, causing him to move out of his family home when he was just 16.

While a teenager, Ramsey was a keen footballer, but an injury led him to find his passion for food and cooking.

After completing high school, Gordon attended the North Oxfordshire Technical College, enrolling in a hotel management course. He said his enrollment at the college was an accident, and he had no idea cooking would eventually become his life's work at the time.

How did Gordon Ramsey build his net worth?

In the 1980s, Gordon held the position of "commis chef" at the Wroxton Hotel. He also ran the kitchen and dining room at the Wickham Arms until his relationship with the restaurant owner's wife caused him to leave.

Gordon moved to London in 1993, working at a series of restaurants until being inspired to work for Marco Pierre White at Harvey's. He eventually left to take the position of head chef at the three-Michelin-star "La Tante Claire" under the guidance of Pierre Koffmann. The restaurant secured its third Michelin star in 2001, with Ramsey being the first Scotsman to achieve the feat.

His success led to a rapid takeoff in his career, opening and closing a slew of restaurants across the UK and the United States. Gordon became a household name after the launch of his 2004 TV series, "Hell's Kitchen," and the web series "Kitchen Nightmares."

The Fox network would bring Ramsey to the US in 2005 to appear on the American version of "Kitchen Nightmares," remaining the show to "Gordon Ramsay's 24 Hours to Hell and Back. The chef is well-known for his no-nonsense attitude on camera, and fans tune in from around the world to see him grill restaurant owners, chefs, and servers.

Gordon attributes his success to his hard work ethic and the mentorship of Pierre Koffmann. He says that his love for food drove him to success in his career. He also draws inspiration from his wife, Tana Elizabeth Hutcheson, and their four kids Megan, Jack, Holly, and Matilda.

How rich is Gordon Ramsey?

With a reported wealth of $220-million and an annual salary of $60 Million, Gordon Ramsey is the world's most famous chef. Gordon and his wife split their time between their London and Los Angeles properties.