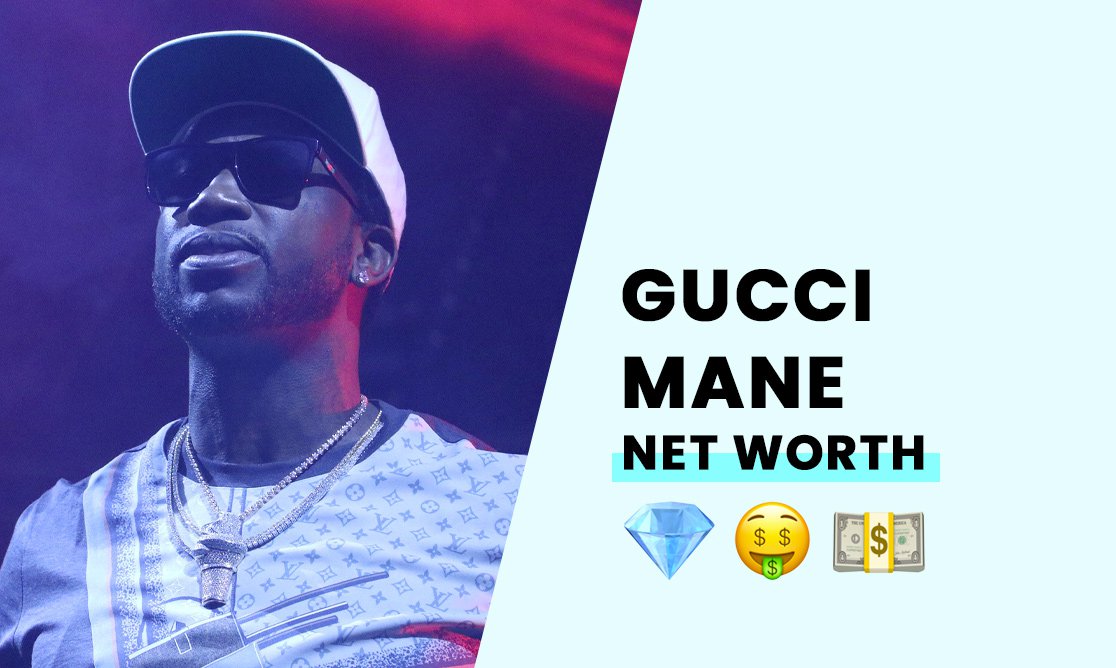 The estimated net worth of Gucci Mane is $14 million.

Gucci Mane is one of the pioneers of the "Trap Rap" scene, appearing alongside other prominent trap rappers in the Atlanta scene.

Gucci rose to fame in the 200s, gaining international fame with the release of his 2005 studio album, "Trap House."

Born on February 12, 1980, in Bessemer, Alabama, Radric Delantic Davis spent his youth growing up in Detroit, Michigan, before his father went to jail on drugs charges.

With his household in disarray, Gucci Mane spent his youth under the care of his grandmother. His mother attended college at the time, and his father was on the run from the police, leaving his grandmother to care for him.

Gucci's half-brother Victor introduced him to rap music at a young age, with Gucci growing up listening to groups like the Beastie Boys, LL Cool J, and Run-DMC.

Gucci moved to Atlanta in 1989 after his mother finished college. However, he moved to a high-crime area, ending up in trouble for selling drugs during his youth.

Gucci Mane decided to earn money as a drug dealer while he attended junior high school. He recalls using his Christmas money to buy crack to resell at school when he was in the 8th grade.

He was a good student in school, posting a 3.0-GPA, earning a scholarship to Georgia Perimeter College after graduating in 1998.

However, Gucci ended up selling crack to an undercover officer while in college, with the school expelling him for his transgression.

How did Gucci Mane build his net worth?

Gucci Mane built his wealth through his music career. After his college arrest, the artist started taking music seriously. He collaborated with many East-Atlanta artists during his early years before finding success in 2005 with his debut album "Trap House."

The album moved up the Billboard R&B/Hip-Hop Albums charts into the top 20, eventually landing at the top of the Billboard Heatseekers Album chart. The artist followed up his success with the release of "Hard to Kill" in 2006.

The album featured the smash-hit single, "Freaky Gurl," peaking at the number 12 spot on the Hot Rap Tracks chart. 2010 saw Mane release his album, "The State vs. Radric Davis," with the artist collaborating with Rae Sremmurd on the smash-hit track, "Black Beatles."

The track soared to the top of the Hot Billboard 100 in 2016, earning Gucci international acclaim. The track stayed in the top spot on the chart for seven weeks between late 2016 and early 2017.

Gucci says he got his success from his hyper-productivity and risk-taking behavior. He has a reputation for being the trap rap industry's unofficial A&R representative.

How rich is Gucci Mane?

With a reported wealth of $14 million, Gucci Mane is the founder of the trap rap style, and he has a huge reputation in the industry.