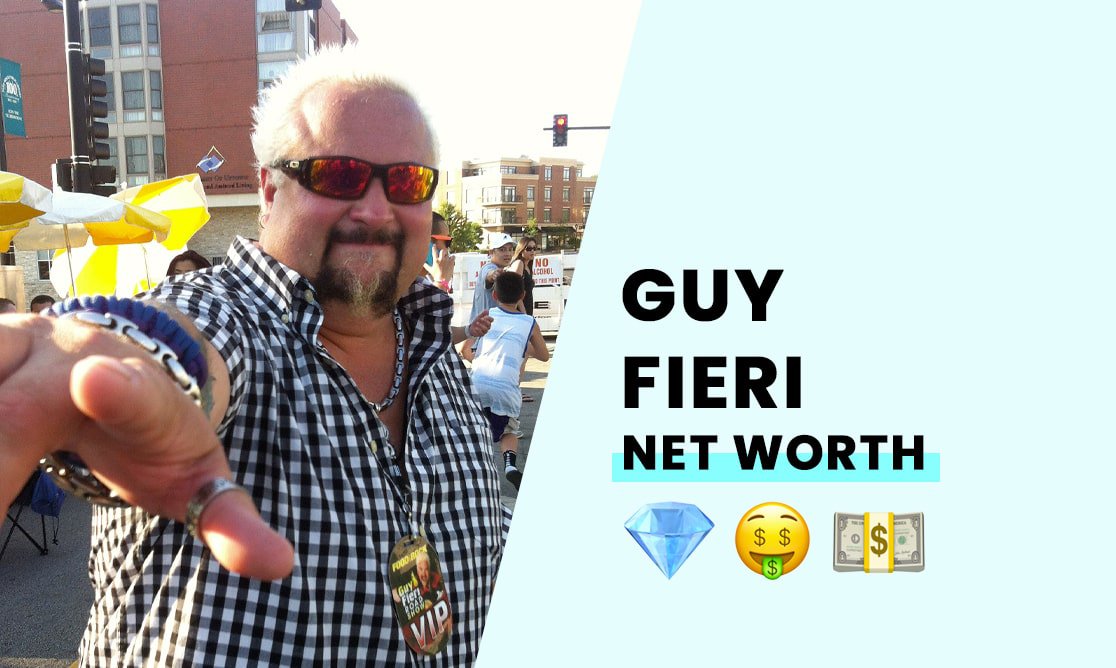 The estimated net worth of Guy Fieri is $50 million.

Born on January 22, 1968, in Columbus, Guy Fieri grew up in rural Northern California, in a town called Ferndale in Humboldt County. His parents were the owners of a Western-style clothing outlet.

Guy was a foreign exchange student in high school, spending a few years in France, where he developed his passion for cooking and food. After returning to the United States, Guy attended the University of Nevada, Las Vegas, graduating with a BA in Hotel Management in 1990.

How did Guy Fieri build his net worth?

Guy Fieri built his fortune through his many TV roles on the Food Network. His big break came after signing a deal to appear on "Next Food Network Star" during its second season. He was so popular with fans of the show that he went on to land his own show, "Guy's Big Bite," running for six seasons.

As a result of his 2021 contract, Guy is the highest-paid star on the Food Network and the title of one of the highest-paid TV chefs in the world. Guy also opened "Johnny Garlic's" in Santa Rosa, California, in 1996 with his partner, Steve Gruber.

The franchise expanded to several California locations over the next five years. He capitalized on his reputation in 2012, opening "Guy's American Kitchen and Bar" in New York City. Guy would also open several other restaurants, including "Guy's Burger Joint," an exclusive restaurant only available on Carnival cruise ships, and "Guy Fieri's Vegas Kitchen and Bar in Las Vegas," as well as "Guy Fieri's Baltimore Kitchen & Bar" at the legendary Horseshoe Casino in Baltimore.

Guy also garnered international fame after appearing on "Rachael vs. Guy: Celebrity Cookoff" on the Food Network in 2012. Guy followed up on that success with "Guy's Grocery Games" in 2013 and "Guy's Family Road Trip" in 2017.

Guy also made cameo appearances on many other Food Network shows, including "Paula's Party," "Ace of Cakes," "Dinner: Impossible," and "The Best Thing I Ever Ate."

Guy believes that his hard work is what led to his success. He says that his passion for food made it easy for him to make the right choices with his career on his rise to stardom on the Food Network.

How rich is Guy Fieri?

With a reported fortune of $50 million, Guy Fieri is one of the world's richest and most successful food personalities.