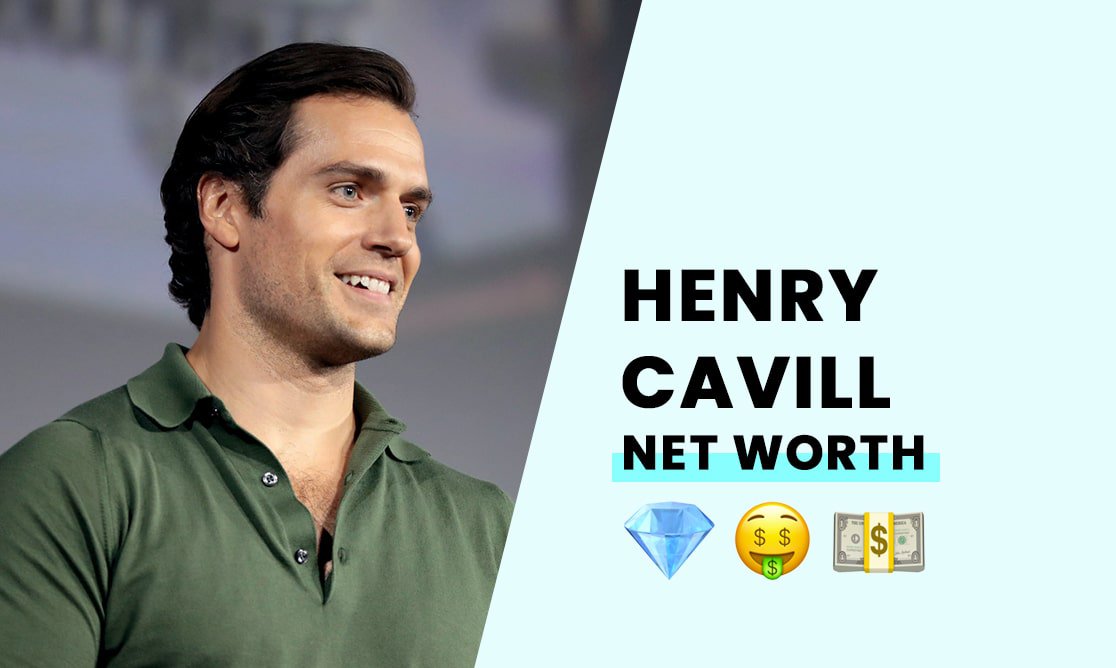 The estimated net worth of Henry Cavill is $40 million.

Henry is one of the most notable actors of the current generation. He is well known for his roles in Superman, The Witcher, and various titles from The Justice League. The British actor is well-loved and well respected among audiences all over the world.

The Early Life of Henry Cavill

Henry was born in 1983 in Chester, England. He is half-Irish and half-English and has 4 other brothers. He was fascinated with the acting profession even as a child and would often participate in school plays and dramas as a child. He also planned to join the military once he grew up and even joined the Combined Cadet Force (CCF) training program.

How did Henry Cavill build his net worth?

While most have just been introduced to Henry with the rousing success of Netflix’s original series, The Witcher, he has actually been in the business for a while.

He has worked on both TV and in film on the big screen which has given him the chance to build his wealth. One of his most notable early roles was on HBO's The Tudors. Henry portrayed Charles Brandon for three years on the show from 2007 to 2010. He also can be found in Immortals, Blood Creek, and Whatever Works.

Henry's career really took off when he took on the role of Superman in the DC Extended universe. His role landed in three different movies for DC and secured his place in history as a superhero. Following his stint with DC, he was cast in Mission: Impossible – Fallout as the antagonist of the movie. Henry also played alongside Millie Bobbie Brown in Mission: Impossible – Fallout.

In his role as The Witcher for Netflix, he earned just under $4 million for season one and is reportedly earning $1 million per episode for the second season. The adaptation of Andrzej Sapkowski's books has gained a massive following similar to Game of Thrones and will most certainly help build Henry's net worth far into the future. Aside from Netflix, he is also set to perform in several upcoming projects such as Argyle, The Rosie Project, Highlander, and Enola Holmes 2 among others.

Henry is a very focused actor and also a dedicated fitness buff. In addition to needing to stay fit for his various roles, he takes his health seriously. Like most things in his life, he makes a point of following a structured diet plan to keep his body at peak efficiency. Another advantage of regular workouts and a balanced diet is the clarity of mind that comes from proper self-care.

How rich is Henry Cavill?

Henry Cavill has a net worth of just over $40 million dollars thanks to his numerous films and minor investments.