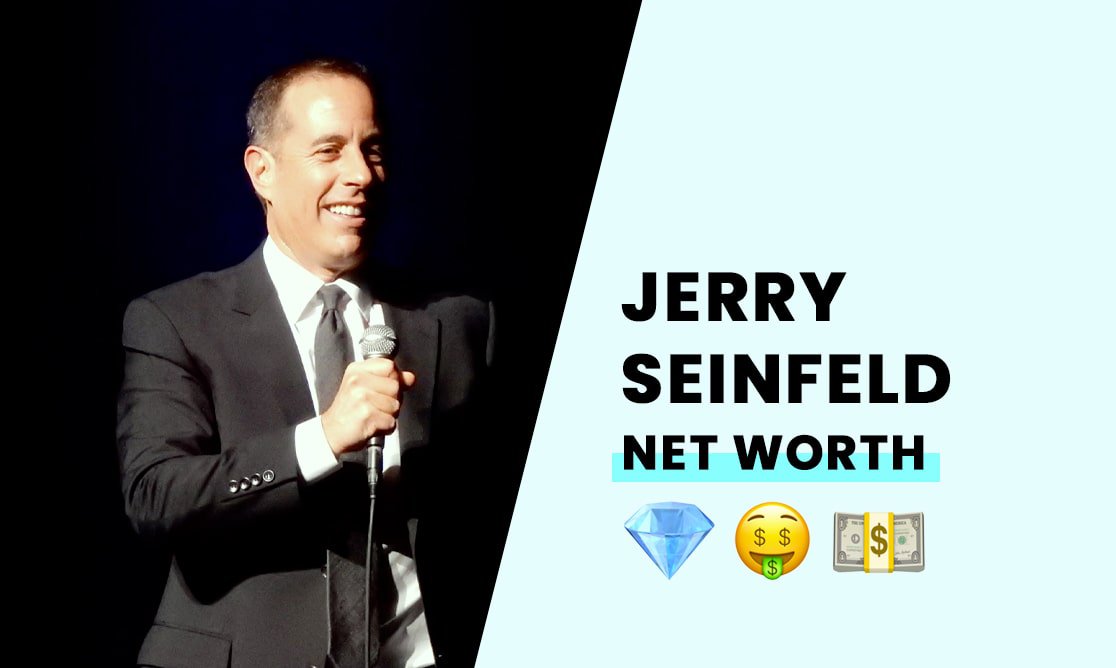 The estimated net worth of Jerry Seinfeld is $950 Million.

Jerry Seinfeld is an American comedian, actor, producer, and avid car collector. Jerry earned the bulk of his wealth through his time on the hit TV comedy show "Seinfeld," one of the most successful comedy sitcoms of all time.

Jerry owns a 15% stake in the show's backend points, earning him a recurring revenue stream that eventually pushes the actor into billionaire status.

Jerry attended the State University of New York at Oswego for two years, transferring to Queens College after his second year. He went on to earn a degree in communications and theater from Queens College.

How did Jerry Seinfeld build his net worth?

Jerry started as a stand-up comedian, developing his love for comedy at an early age. While attending Queen's College, Jerry would attend open-mic nights at comedy clubs around NYC. Jerry had a career as a stand-up for 15-years after graduating college before landing his deal as the star of the show, Seinfeld.

In 1981, Jerry appeared on the Tonight Show Starring Johnny Carson, earning him international attention. He made two further appearances on the Tonight Show and a spot on the Late Night Show with David Letterman. Jerry Teamed up with Letterman in 1989 to write the pilot for Seinfeld, initially called "The Seinfeld Chronicles."

The show eventually aired in 1989 as "Seinfeld," going on to make 180-episodes over 9-seasons. With earnings of $4-billion, the show is the most successful comedy sitcom of all time. Jerry earned $100,000 for the first season of Seinfeld, and by season 9, he was earning $1 million per episode.

While his career salary from the show stands at $60 million, the bulk of his earnings from Seinfeld comes from his 25% stake in the show's backend, netting him $40 million to $50 million per year from royalties and syndication rights.

Jerry allegedly turned down $5 million per episode to make a final 10th season of the show.

Jerry is a petrol-head and reportedly owns a car collection worth close to $100 million, including every model Porsche has ever released.

He owns a 12-acre Hamptons estate worth between $70 million to $100 million, and Jerry earns $20 million to $50 million per year, largely depending on his tour dates. Netflix paid Jerry $20 million in 2020 for the exclusive rights to his comedy special "23 Hours to Kill".

Jerry says his success comes from the hard work and the mindset he built as a stand-up comic. He says there were plenty of times he wanted to throw in the towel while he was coming up, but his love for comedy caused him to persist through the lean times until he eventually experienced success with his career.

How rich is Jerry Seinfeld?

With a reported wealth of $950 million, Jerry Seinfeld is one of the richest entertainers in America and a comedy legend. We expect him to reach billionaire status.