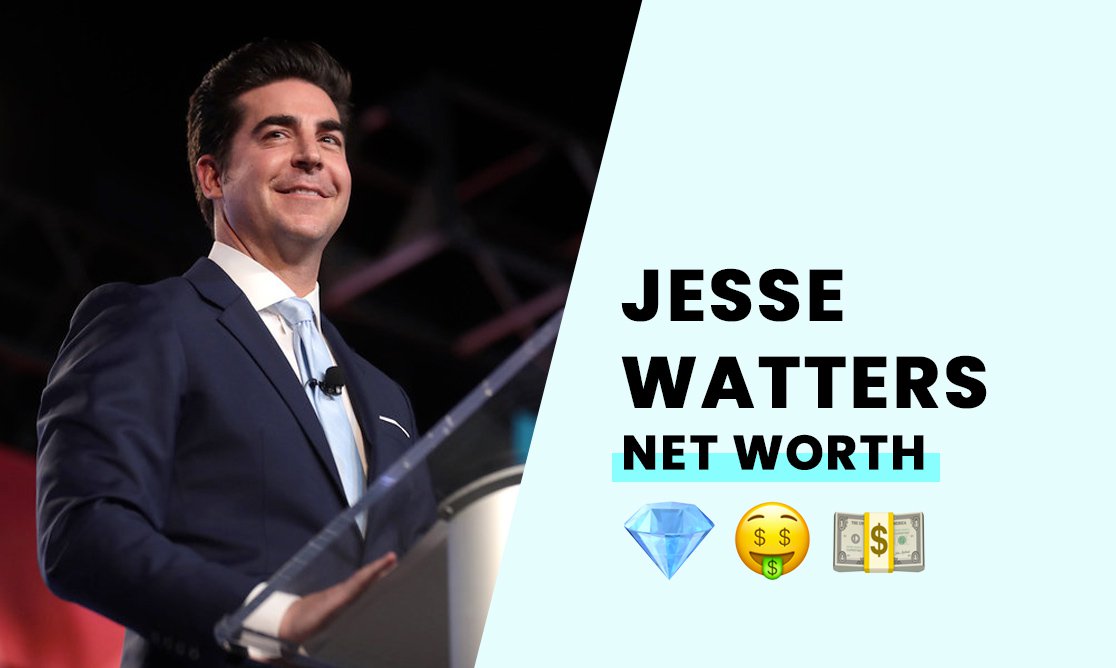 The estimated net worth of Jesse Watters is $7 million.

Jesse Watters is a conservative political commentator for Fox News. He made frequent appearances on Bill O'Reilly's "The O'Reilly Factor," a show on the Fox Network, where he built his reputation around man-on-the-street interviews.

His own show, "Watters' World," first aired in 2017. He co-hosts "The Five," a talk show with a roundtable discussion format. Jesse earns a salary of $2 million from Fox for his contributions to the platform.

Born on July 9, 1978, in Philadelphia, Pennsylvania, Jesse Watters was raised in East Falls and Germantown. He grew up with his family in a privileged neighborhood.

In his junior year, Jesse attended William Penn Charter School, moving to Long Island in New York City. He would later enroll at Trinity College in Hartford, Connecticut, graduating with a BA in history in 2001.

How did Jesse Watters build his net worth?

He rose to fame in his debut appearance on the "Watters' World" segment of the show.

Watters made his debut on daytime talk TV on the show "Outnumbered" in 2014. The show focuses on the opinions of four panelists and one guest panelist. Jesse made several appearances on the show over a few years.

In 2015, Jesse debuted his spin-off show from "The O'Reilly Factor," "Watters' World." The show got an independent time slot in 2017, airing weekly to his audience on Saturdays at 8 PM ET. Watters would also become a co-host of the popular roundtable talk show series on Fox, "The Five."

Watters authored "How I Saved the World" in July of 2021, published with HarperCollins. The book debuted at the number one spot on the New York Times nonfiction bestseller list. Watters faced criticism and controversy throughout his career.

He endured a scandal after having an affair with his executive producer in 2018. In 2016, Watters aired footage of racist interactions with Asian Americans on camera — earning him industry-wide scorn — wherein he asked a series of stereotypical questions with the song "Kung fu fighting" playing in the background of the video.

Watters married his wife, Noelle K. Inguagiato, in 2009. The couple has twin daughters together but divorced in 2018 after Watters had an affair with his executive producer, Emma DiGiovine. Jesse would marry DiGiovine in 2019, with the couple having a son in 2021.

How rich is Jesse Watters?

With an estimated wealth of $7 million, Jesse Watters is a popular political commentator on Fox, where he has a successful show, "Watters' World."

Is Jesse Watters a millionaire?

Jesse Watters is a millionaire thanks to his $7 million net worth.

Is Jesse Watters a billionaire?

Jesse Watters is not a billionaire.

Jesse Watters has never filed for bankruptcy according to our research.

Jesse Watters is not a trust fund baby. He was not born rich.