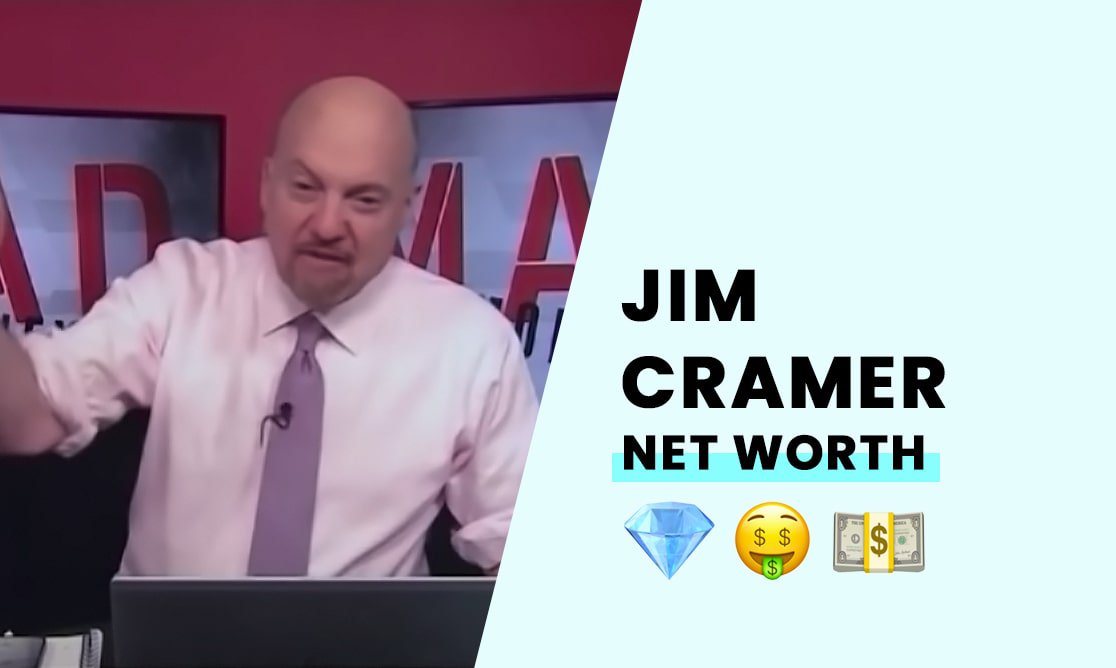 The estimated net worth of Jim Cramer is $150 million.

Jim is an American former hedge fund manager, TV personality, and best-selling author. He is most known for presenting the CNBC show Jim Cramer’s “Mad Money.” Jim is also the co-founder of TheStreet.com. Cramer earns an annual salary of $5 million for his work.

Born in Wyndmoor (a suburb of Philadelphia), Pennsylvania, on February 10, 1955, to a Jewish family, James J. Cramer is the son of Ken and Louise Cramer. His father owned an International Packaging Products business, and his mother was an artist.

While studying at Harvard, Jim served as the President and Editor-in-Chief of the Harvard Crimson publication. He returned to Harvard Business School, graduating in 1984. While he was studying law at Harvard, Jim would invest in the stock market to cover his tuition.

How did Jim Cramer build his net worth?

While Jim earned admission to the New York Bar, he never practiced law. Jim started his career in finance with Goldman Sachs, leaving the firm to open his practice, Cramer & Co. Cramer ran the hedge fund from 1987 to 2001, and the firm had $450 million in assets under management during his tenure.

Cramer’s fund would return an average of 24%, with Cramer noting that his net worth was already in the $50-million to $100 million range by 2005. His website, TheStreet.com, went public in 199 at the peak of the dot com bubble. The company would achieve a valuation of $1.7 billion after its IPO.

Cramer was also the Editor-at-Large for SmartMoney magazine. However, he would endure scandal when a stock he recommended to his readers shot up, earning him $2 million. As a result, questions surround Jim’s ethics.

Cramer would eventually land gigs as a commentator on CNBC shows during the late 90s and early 2000s. He landed a show “Kudlow & Cramer” in 2002 and started with his current show, “Mad Money with Jim Cramer” in 2005. The show airs on CNBC.

Jim credits his success to his work ethic. He said he studied to be a lawyer, but finance seemed more appealing to him the deeper he got into his education. Jim says he loves talking about the markets, and his passion for finance makes his job easy.

How rich is Jim Cramer?

With a reported wealth of $150 million, Jim Cramer is one of the richest people in finance entertainment. He continues to host his show, “Jim Cramer’s Mad Money,” and he receives an annual $5 million salary for his role on the show.