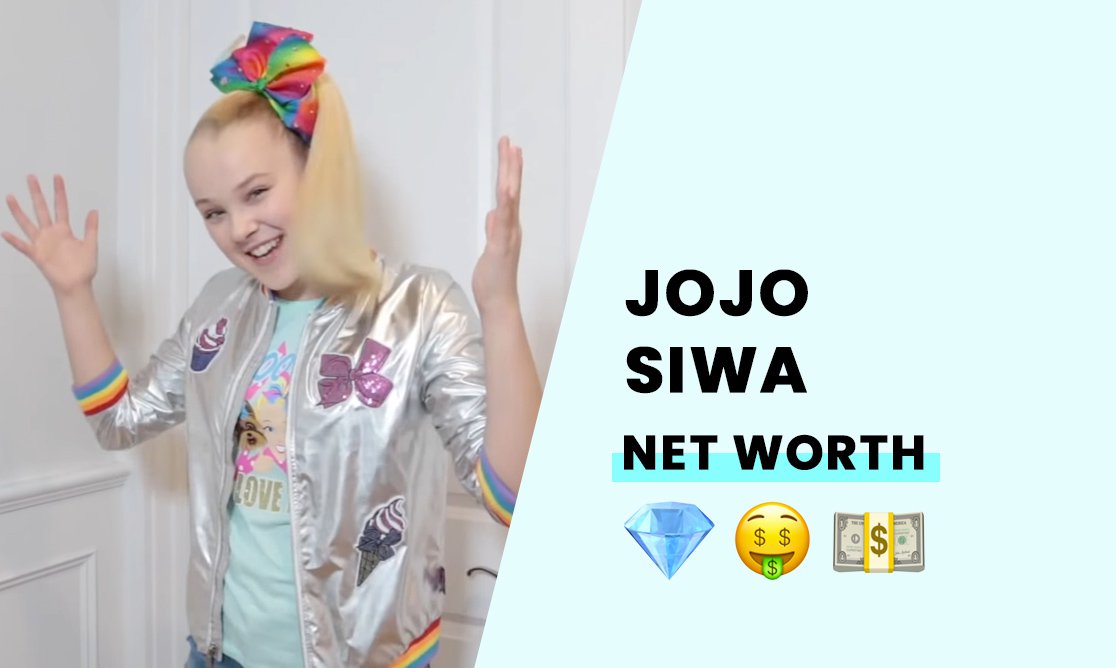 The estimated net worth of Jojo Siwa is $20 million.

Jojo Siwa is an American singer, dancer, model, actress, and reality TV star on YouTube. She receives millions of views on her videos and has tens of millions of subscribers watching her every move.

The singer makes most of her money through record sales and tours, and she also has sponsorship deals with American retailers.

Born in Omaha, Nebraska, on May 19, 2003, Joelle Joanie Siwa is the daughter of Jessalynn (née Lombardi) and Tom Siwa. Jojo grew up in an upper-middle-class home under the care of her parents.

She has an older brother, Jayden, who also has a career as a YouTube vlogger. Jojo rose to fame with her music videos "I Can Make U Dance" and "Boomerang" on the YouTube platform, and she started touring in 2018 to sold-out stadiums.

Jojo Siwa attended Roncalli Catholic High School in her hometown of Omaha, Nebraska. She graduated and now remotely attends university in the United States. There is no official information on what university the singer attends. There is also no information on the courses she is studying through the institution.

How did Jojo Siwa build her net worth?

Jojo began her career in 2015 after landing as a top-5 finalist in the second season of "Abby's Ultimate Dance Competition." 2016 saw Jojo release her smash-hit singles, "I Can Make U Dance" and "Boomerang."

The music videos have nearly a billion views each and over 2.5-million likes. Vivid Seats named Jojo the "Breakout Artist of the Year" in 2018. 2018 also saw the launch of Jojo's first concert tour, the D.R.E.A.M.

D.R.E.A.M toured through 52 cities in Canada and the United States, adding shows in Australia and the UK. Jojo also ended up on the list of Time's "100 most influential people in the world" in 2020, and the singer got the nod from Fast Company's "Queer 50" list in 2021.

Jojo has a massive following on social media, with well over 12 million subscribers and more than 3.5 billion total views on her videos. Jojo also has a lucrative endorsement deal with the American retailer, J.C Penney.

Jojo claims she got the inspiration she needed to succeed from her parents. She says that her parents backed her throughout the early beginnings of her career, believing that she had the potential to be one of the biggest child stars of all time, and they were not wrong with their assumption.

Jojo says she's young, but she understands the importance of hard work, and her touring schedule was a commitment that she will never forget.

How rich is Jojo Siwa?

With a fortune of $20 million, Jojo Siwa is one of the biggest child stars in America. She continues to produce music and upload it to her YouTube Channel of millions of subscribers. The singer also has plans to continue touring in the future.