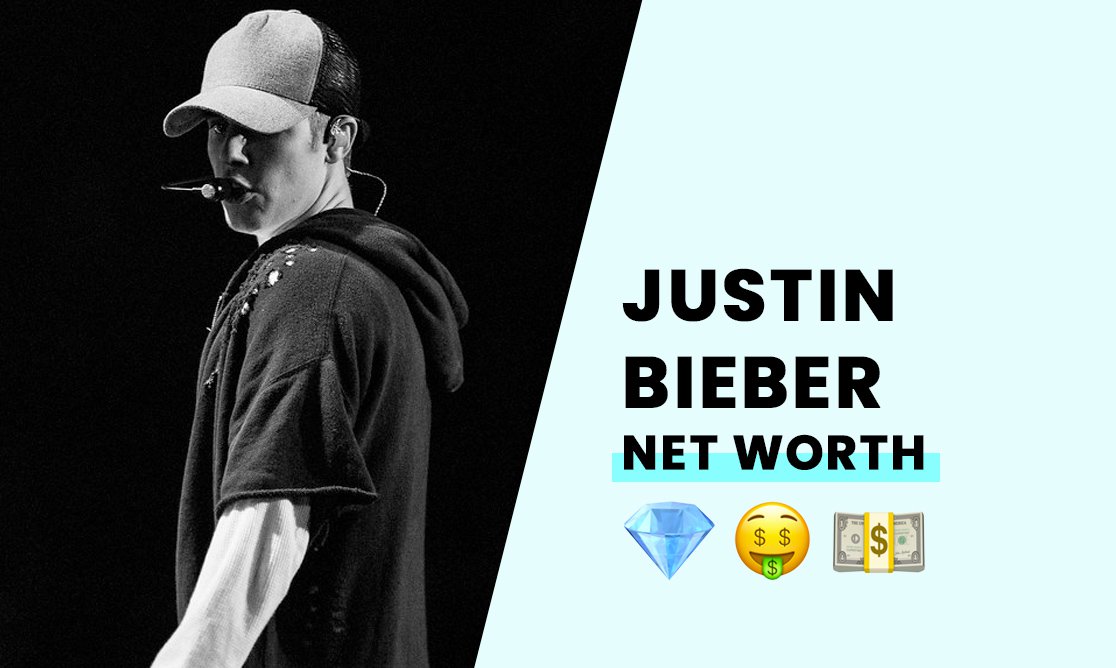 The estimated net worth of Justin Bieber is $285 million.

As one of the biggest pop stars in the world, Justin Bieber has more than 150 million album sales globally, and he featured on Forbes' list of the world's richest musicians for the first time in 2014.

Born on March 1, 1994, at St Joseph's Hospital in Ontario, "The Beebs" grew up in Stratford, Ontario. Justin is the son of Pattie Mallette and Jeremy Jack Bieber, but his parents were never married. Justin has three younger half-siblings on his father's side after his father left his mother to marry his now ex-wife, Erin Wagner.

Bieber's mother raised him in Toronto, working low-paying jobs to provide for her family. Justin grew up in low-income housing, but Bieber doesn't hold a grudge against his father for abandoning the family, and he maintains contact with him.

Due to his huge success at such an early age, Justin became the sole breadwinner for the family.

Justin Bieber attended the Jeanne Sauvé Catholic School, a French-speaking institution in Stratford, Ontario. Justin developed a love for music during his early education, learning to play the guitar, drums, piano, and trumpet.

He graduated from high school with an impressive 4.0 GPA. Justin's early success in the music and entertainment industry meant that he never had the opportunity to attend college.

How did Justin Bieber build his net worth?

Justin Bieber built his fortune through music. He is one of the most successful and youngest musicians in the game, generating the bulk of his wealth through album sales, royalties, live shows, and tours.

According to Forbes, Bieber earned around $1 million per live show during his last tour, ending in July 2017. During the global tour, Justin would perform 78 shows in North America, 61 in Europe, five in Asia, 11 in Oceania, 11 in South America, and two in Africa, for a total of 162 appearances and fees north of $160 million.

Bieber has several income streams other than his music catalog and career. The artist has several brand partnerships, and he owns a clothing line. He also has several investments in profitable businesses and continues to grow his wealth.

In 2021, Bieber smashed Spotify's download record with over 83 million fans listening to his music. With Spotify paying artists around $0.004 per stream, Justin receives around $333,000 per song.

Justin believes in hard work, a trait he shares with one of his good friends, Floyd Mayweather. He believes that the harder he works, the more successful he gets. He had noble aspirations when starting his music career, with his primary goal being to buy his mom a nice house.

How rich is Justin Bieber?

With a fortune of $285 million, Justin Bieber is one of the most successful pop stars in the world, and he still has a long way to go in his career. We won't find it surprising if he ends up as a billionaire in the near future.

Is Justin Bieber a millionaire?

With an estimated net worth of at least $285 million, Justin Bieber is definitely a millionaire.

Is Justin Bieber a billionaire?

Justin Bieber is a fabulously wealthy individual, but he's not a billionaire.

Justin Bieber is not broke and has never been bankrupt.

Justin Bieber was not born into a wealthy family.