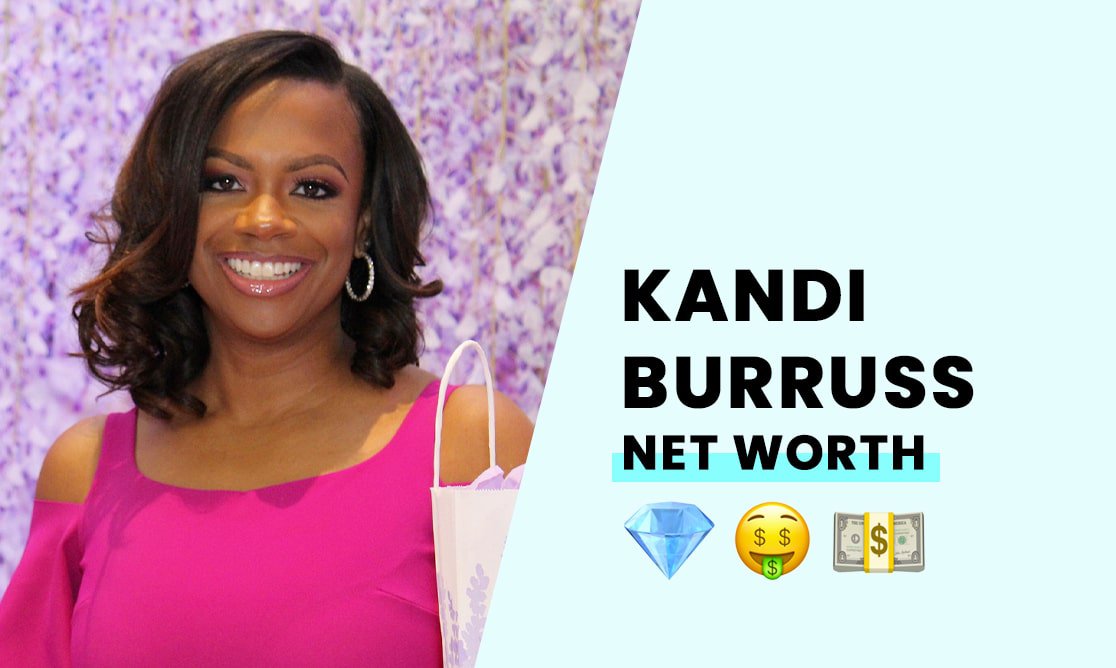 The estimated net worth of Kandi Burruss is $30 million.

She is most well known for being a titular figure on the show Real Housewives of Atlanta. Though she is known for the show, she has businesses she owns with her husband, was the founder member of Xscape, in addition to having other net worth building talents.

Kandi Burruss was born in College Park, Georgia in 1976. She grew up in a lower-middle-class family just outside of Atlanta. She loved to save money and spend time with her mother fantasizing about the future. She had one brother, Patrick who died in a car accident when she was only 15 years old.

Kandi attended high school in East Point, Georgia. She graduated in 1994 from Tri-Cities High School. She did not pursue a college degree mainly due to her early success in the entertainment industry.

How did Kandi Burruss build her net worth?

Kandi Burruss is worth $30 million dollars which is impressive for a television personality.

Kandi first hit the scene at the age of 15 when she appeared on the BET network series Teen Summit as a part of the group Xscape. From that 1992 debut, the group was eventually signed on to Jermaine Dupri's So So Def Recordings label. The group released a series of hit records which all performed well until they went on hiatus in 2005. The records generate a residual income to this day.

In 2017, BravoTV launched a 4 episode series on the group titled Xscape: Still Kickin' It. The exact payouts of the deal are not known, but each of the members were said to have received generous payments for their participation.

Kandi also did solo work in the field of songwriting and production. She worked on "Bills, Bills, Bills" for Destiny's Child, No Scrubs" for TLC, and There You Go for Pink among other less popular songs. She released songs of her own under her debut single Hey Kandi, but it did not do as well as she planned.

Kandi has been a part of The Real Housewives of Atlanta since the second season and remains a charismatic figure of the show. During this time Kandi release more music on her own and with members of the cast. Bravo gave her a spinoff called The Kandi Factory in 2012, and then yet another that followed her wedding in 2014. She also had a third, shorter spin-off called Kandi's Ski Trip.

Kandi is not one to put all of her eggs in one network. She also appeared in Celebrity Big Brother, season 11 of RuPaul's Drag Race, and The Masked Singer.

She has an adult toy company named Bedroom Kandi as well as a web series called Kandi Koated Nights. There are a few cameos on various TV shows and movies as well.

Kandi has a lot to say when it comes to making in the world of TV and making it as a star. She is very charismatic and doesn't take no for an answer when it comes to business, love, or life in general.

She never gives up on her dreams and makes a point of sticking to her guns in everything she does. Her ability to diversify and change with the times is one of her most notable strengths.

How rich is Kandi Burruss?

She has amassed $30 million dollars during her time in show businesses. She shows no signs of slowing down which means her wealth will keep growing.

Is Kandi Burruss a millionaire?

Is Kandi Burruss a billionaire?

Kandi Burruss is not a billionaire.

Kandi Burruss is not broke and has not filed for bankruptcy.

Kandi Burruss was not born into money.