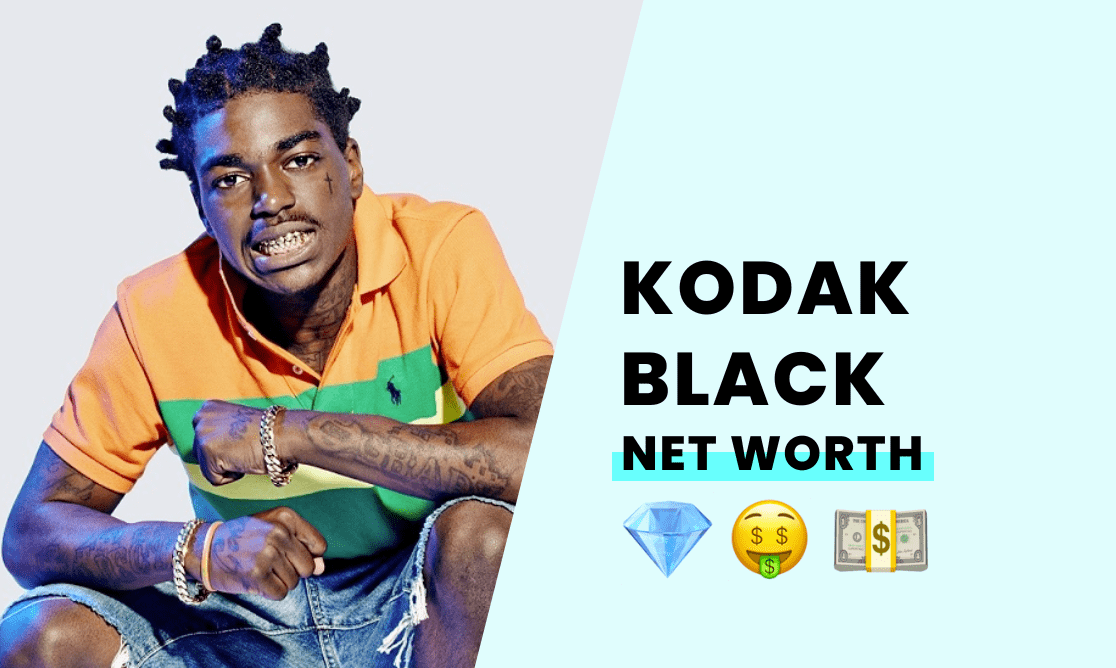 Kodak Black's net worth is estimated at approximately $2 million.

How did Kodak Black build his net worth?

Kodak Black made his net worth as a notoriously famous rap music artist.

The single "No Flocking" was initially screened on YouTube in 2014 and released a year later. The track peaked at 95 on the US Billboard Hot 100 in January 2017, but more importantly, the YouTube video has hundreds of millions of views!

While his mixtapes were a hit in the local Florida communities and were played by DJs in the clubs, Kodak got his big break after one of the biggest names in rapping, Drake, posted a video on Instagram of him dancing to one of Kodak’s singles "Skrt." The video went viral overnight, exposing Kodak to a global audience of millions of Drake followers and thrusting him into the limelight.

Kodak Black is a new-generation rapper with a huge following not only in the US but worldwide.

He had had several run-ins with the law and spent four years in jail before he was pardoned by Donald Trump in 2020. But he did not let the grass grow under his feet and continued to pen songs while incarcerated.

He has a national tour planned in November and December 2022.

My mom, her money going was straight to the bills. ~ Kodak Black

How has Kodak Black spent his wealth?

The Florida rapper purchased a 3 million dollar mansion in Miami for his mother’s birthday, with whom he has a very close relationship.

Kodak had a necklace and pendant custom-made in the shape of a pacifier with the name of his first mixtape, "Project Baby," engraved on the back. It hangs on a Hermes link chain and set the rapper back a reported $180,000.

When he’s not spending a small fortune on jewelry, cars, and a house, Kodak donates cash to charitable causes.

He reportedly donated over $12,000 to help buy notebooks and pencils for 7,600 children from low-income homes in Texas.

Also generous with his entourage, he dropped $15,000 and three new Rolexes on them.

How rich is Kodak Black?

Kodak Black is reportedly worth $2 million, but we think his assets exceed that.

No. Kodak Black was born to an immigrant father with whom he has no contact and lived in a housing project with his mother.