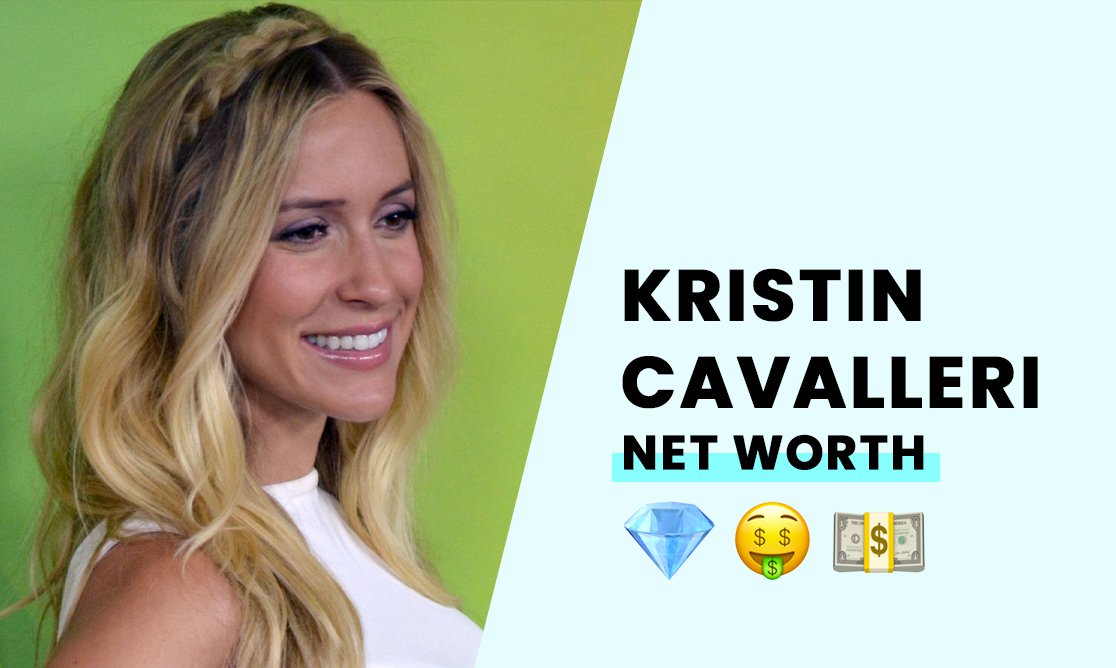 The estimated net worth of Kristin Cavalleri is $30 Million.

Kristin is an American actress, TV personality, and fashion designer. She earned her reputation featuring on MTV reality TV shows like "The Hills" and "Laguna Beach."

Kristen was also married to NFL star quarterback Jay Cutler between 2010 to 2020. However, the couple announced they were splitting in 2020, and it's unknown what Kristin received in the divorce settlement.

Born on January 5, 1987, in Denver, Colorado, Kristin Elizabeth Cavallari is the daughter of Dennis Cavallari and Judith Eifrig.

Judith grew up in Barrington, Illinois, after moving there with her mother in the wake of her parent's divorce.

However, when she was a teen, Kristen started hanging out with the wrong people, and her mother sent her to live with her father in Laguna, California.

Kristen adapted to Laguna life easily, becoming popular at high school. She graduated from Laguna High School while filming the reality TV show "Laguna Beach: The Real Orange County" for MTV. Production on the show started when Kristen was a junior.

How did Kristin Cavalleri build her net worth?

Kristen filmed the "Laguna Beach" series for MTV while in high school, and she announced that she would also be starring on the spinoff "The Hills" in 2009.

Kristen made her first appearance on the show for the mid-season finale of the show's fifth season.

She famously caught the bouquet on her debut appearance on the show.

Kristen went on to replace Lauren Conrad in the sixth and final season of the show. In 2011, she got a part in the 13th season of "Dancing with the Stars," partnering with Mark Ballas, a two-time champion.

Cavallari ventured into hosting, commenting on the Academy Awards as part of the E! team in 2012.

She went on to host the show "The Fabulist" on E! in 2014, a 30-minute lifestyle and fashion trends show featuring co-star Orly Shani.

Kristen got the opportunity to host her self-titled reality show, "Very Cavallari," on E!, with the show premiering on July 8, 2018.

The show went on to make three seasons, and it's still running. The show produced its holiday special, "A Very Merry Cavallari," premiering on December 15, 2019, to the welcome arms of critics.

The company earned $20-million in revenue in 2019 and employed 90 people. The first season of "Very Cavallari" focuses on opening her flagship retail store.

Kristen says he bases her life around her health. She enjoys eating, cleaning, and exercising, and she says it helps her maintain her grueling schedule.

She also says she's a nut for planning her day and would find herself lost without her schedule.

How rich is Kristin Cavalleri?

With a net worth of $30 million, Kristen Cavalleri is one of the richest women in entertainment.

She also receives a sizable amount of money from her divorce settlement to Jay Cutler, the NFL quarterback..