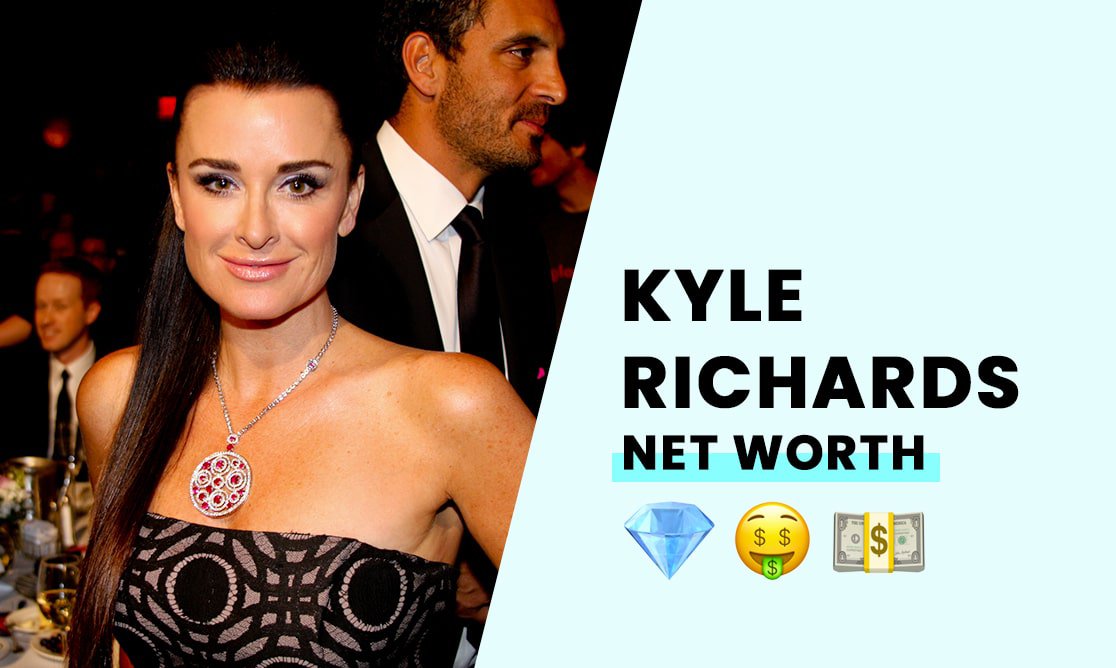 The estimated net worth of Kyle Richards is $100 million.

Kyle Richards is an American reality TV star and actress. Kyle is the wife of Mauricio Umansky, a successful real estate mogul.

Kyle Richards started her career as a child actress, and she also landed roles in a few reality TV shows. Kyle started several businesses, and she has a reputation as a generous philanthropist.

Born in Hollywood, Los Angeles, on January 11th of 1969, Kyle Richards grew up in a broken home, with her parents divorcing when she was three.

She grew up in a rich family with many industry connections, and her siblings are Kim Richards and Kathy Hilton, who is the wife of Hilton Hotel magnate, Richard Hilton.

Kyle attended Central Union High School in El Centro, California. While she graduated high school, she never attended college, choosing to start her career in acting at a young age.

How did Kyle Richards build her net worth?

Kyle Richards had success as a child actor. Some of her early roles included Lindsay Wallace in the 1978 horror "Halloween," credited with starting the "slasher movie" genre. Kyle worked on Halloween with Jamie Curtis and followed her success with the movie by landing a role in the 1980's cult classic, "The Watcher in the Woods."

Kyle performed in several roles in movies and TV shows, and she landed a part on the hit drama series ER. She appeared on 19 episodes of the award-winning show, garnering industry attention from her performance.

However, Kyle got her biggest success in 2010 with the reality TV show, "The Real Housewives of Beverly Hills." The star appears on the show alongside her sister, Kim, and she received a nomination for "Reality Star of 2019" at the People's Choice Awards.

2020 saw Kyle Richards as the last remaining original cast member of the show. Official reports show that Kyle earns a $270,000 salary from the show. Kyle also appeared in several other reality TV shows, including "The New Celebrity Apprentice," and she finished the show in 12th place.

Kyle Richards also appears as Paris Hilton's aunt in her niece's show, "The Simple Life." She also has cameo appearances in "Vanderpump Rules" and "Keeping Up With The Kardashians."

Kyle Richards has experience as a producer for the 2018 comedy show "American Woman," based on her experience growing up as a child star in Hollywood in the 70s.

Kyle says she gets her inspiration to achieve from her close ties with her family growing up in Hollywood. She also relies on support from her sister.

She says that she wouldn't have stayed on the Real Housewives of Beverly Hills past the first season without her sister's involvement in the show.

How rich is Kyle Richards?

With a reported net worth of $100 million, Kyle Richards is a successful child actress and reality TV star.