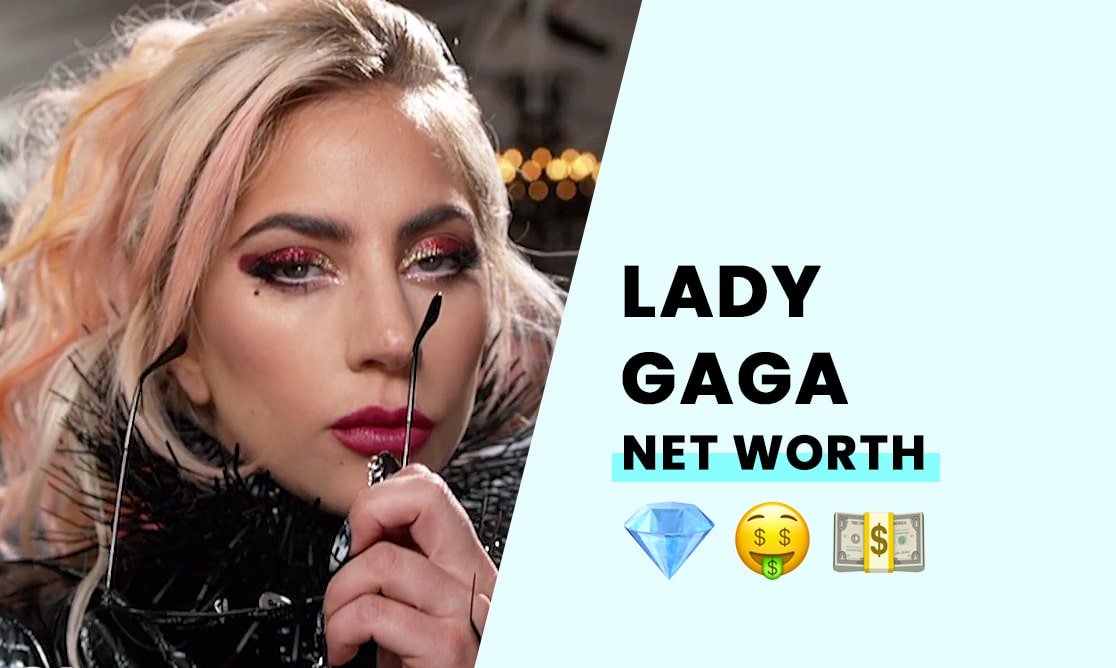 The estimated net worth of Lady Gaga is an eye-watering $320 million.

Stefani Joanne Angelina Germanotta, better known by the stage name Lady Gaga, was born March 28, 1986, in Manhattan, New York, to an upper-middle-class Catholic family of Italian heritage. Brought up on the Upper West Side of Manhattan, Gaga said in an interview that her parents originally came from lower-class families and worked hard for everything.

Gaga began taking piano lessons when she was 4 because her mother thought that would help her to become "a cultured young woman." Learning the piano taught her to recognize music by ear, which she stated she preferred over the traditional method of reading sheet music. Stefani had even penned her first ballad — tailored for the piano — when she was barely 13 years old.

She is known for her image reinventions and musical versatility. When Gaga was a teenager, she started performing by singing at open mic events and participating in school productions.

As a teenager, Gaga performed the roles of Adelaide in "Guys and Dolls" and Philia in "A Funny Thing Happened on the Way to the Forum" at Regis High School.

She studied method acting at the Lee Strasberg Theatre and Film Institute for ten years.

Gaga went to the Convent of the Sacred Heart, a private all-girls Roman Catholic school, from age 11. After graduating, Gaga attended New York University’s Tisch School for The Arts. She dropped out to pursue her music career 2 years after enrolling.

Gaga's father, Joseph, an internet entrepreneur, and mother, Cynthia, a former telecommunications executive, own an Italian restaurant called Joanne Trattoria near Lincoln Center. She has one sibling, a younger sister called Natali who has managed to stay largely out of the limelight.

The singer and performer is not yet married but has been engaged twice, first to Taylor Kinney in 2015 and then to Christian Carino in 2017. Both relationships ended before marriage. She has most recently been dating entrepreneur Michael Polansky and has hinted that she would like to get married, having achieved so much in her career.

How did Lady Gaga build her net worth?

Gaga's net worth comes from her stellar success in the music industry. She has 12 Guinness World Records, an Academy Award, and 11 Grammys, along with a BAFTA and three BRIT awards.

She released her first solo album, Fame, in August 2008 and became an instant musical success, achieving the number spot on the charts in Germany, Canada, Austria, and the UK. In 2015, Lady Gaga debuted her acting career in "American Horror Story." She took her first lead role in "A Star is Born" in 2018 alongside Bradley Cooper. As well as acting, Gaga contributed to the film soundtrack, earning her another number 1 hit. Gaga has since performed a second leading role in the 2022 film "House of Gucci."

Lady Gaga makes most of her income from record sales and concerts. One of her most successful tours, Monster Ball, earned her a whopping $220 million. In 2012 alone, Gaga earned more than $80 million through these revenue streams.

Her two-year Las Vegas residency earned her $1 million per show.

The singer also does product endorsements and has a cosmetics line, which she launched in 2019. The lipstick from her cosmetic line of 40 products soon became Amazon's top-selling lipstick product.

How has Lady Gaga spent her wealth?

Despite her great wealth, Lady Gaga was technically bankrupt after the Monster Ball tour ended in 2011 after running for two years. She claims not to care much for money. Despite that, she lives well.

She bought her Malibu mansion in 2014 for $22.5 million. It is a sprawling 6-acre property with panoramic ocean views. The property also boasts a pond containing 27 koi that Lady Gaga bought for $60,000.

She enjoys luxury cars and has a collection of vehicles, including three Rolls Royce, a Porsche, and a Lamborghini. She reportedly owns a $65 million Boeing 757 private jet (Donald Trump is another famous 757 owner). The performer also famously spent $133,075 after successfully bidding for an Alexander McQueen gown for a 2012 charity auction.

While it is unclear if Gaga still shares her money with her parents, in 2011 it was reported that the artist gave 50% of her earnings to her dad, Joe, through their LLCs, Team Love Child, and Mermaid Music.

Lady Gaga is also known for having her own non-profit organization, the Born This Way Foundation, which supports the wellness of young people. This is a cause close to her own heart, as Gaga revealed she had been raped at age 19, for which she later underwent mental and physical therapy.

The artist also had a Netflix documentary, "Gaga: Five Foot Two," which aimed to give "unfiltered, behind-the-scenes access" to a year in her life. They cover the production and release of her fifth studio album, "Joanne," and the build-up to her halftime performance at the Superbowl. The documentary gives viewers an insight into her home life and personal struggles.

How rich is Lady Gaga?

Lady Gaga is very rich. Despite being in $3 million in debt after her first tour, "Monster Ball," the singer has now ranked within the top 20 on a list of the wealthiest recording artists of all time.

Is Lady Gaga a millionaire?

Yes. The highly successful singer, songwriter, recording artist, live performer, and actor is a multimillionaire and one of the wealthiest artists in the music industry.

Is Lady Gaga a billionaire?

No. Lady Gaga has not yet broken into the ranks of being a billionaire.

Gaga's family wasn't wealthy but did well for themselves. Her father owned an Internet company, and her mother was, at one point, a Vice President of Verizon, enabling the family to send her and her sister to elite private schools in New York City. However, her family's wealth pales in comparison to her current net worth.