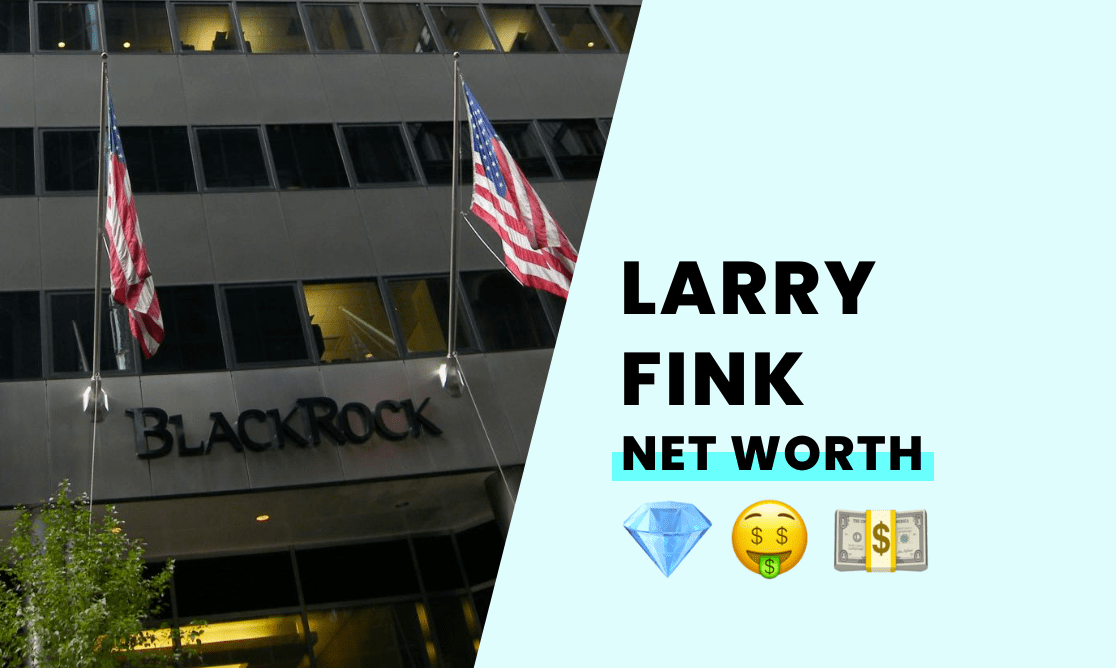 Larry Fink's net worth is estimated to be approximately $1 billion.

Laurence Douglas Fink was born on November 2, 1952. His mother was an English professor and his father a shoe store owner. He was one of three children in a Jewish family, spending his formative years in Van Nuys, California.

After finishing his schooling, Larry Fink attended UCLA, where, in 1974, he earned a Bachelor of Political Science. In 1976, he went on to earn an MBA in Real Estate at the UCLA Graduate School of Management.

Larry Fink married Lori in 1974. They have three children.

How did Larry Fink build his net worth?

Larry started out working as an investment banker at First Boston. He gained his reputation as one of the first traders who backed his securities with mortgages.

After a few years, he became the bank's first bond department manager. He formed and headed several new departments in the bank and added more than a billion dollars worth of assets to the bank's portfolio during his employment.

In 1986, he made a decision that cost the bank $100 million, but there was a silver lining. That mistake led him to create a company focused on client investment and risk management: BlackRock.

BlackRock was founded in 1988 under the umbrella of Black Stone Group. They split from the main group in 1994, and the company went public in 1999.

Fink has worked with various companies to help guide their investments, including the merger of Merrill Lynch in 2006. BlackRock was the acquirer in the USA's biggest ever real estate deal when it purchased a housing complex for $5.4 billion. Eventually, that deal ended in default.

How has Larry Fink spent his wealth?

Larry Fink's spending habits are not well known to the general public. He owns a considerable amount of real estate. In 2018, Fink sold his apartment on Manhattan's Upper East Side for a cool $12 million, though his initial asking price was $17.9. He has a horse farm in North Salem and hundreds of acres of property in the area. He also has homes in New York, Manhattan, and Vail, Colorado.

Fink travels to meetings around the world in a $98 million Gulfstream corporate jet.

How rich is Larry Fink?

Larry Fink is a billionaire with a net worth of approximately $1 billion.

No. Larry Fink was born into a working family. His father owned a store and his mother was a professor.