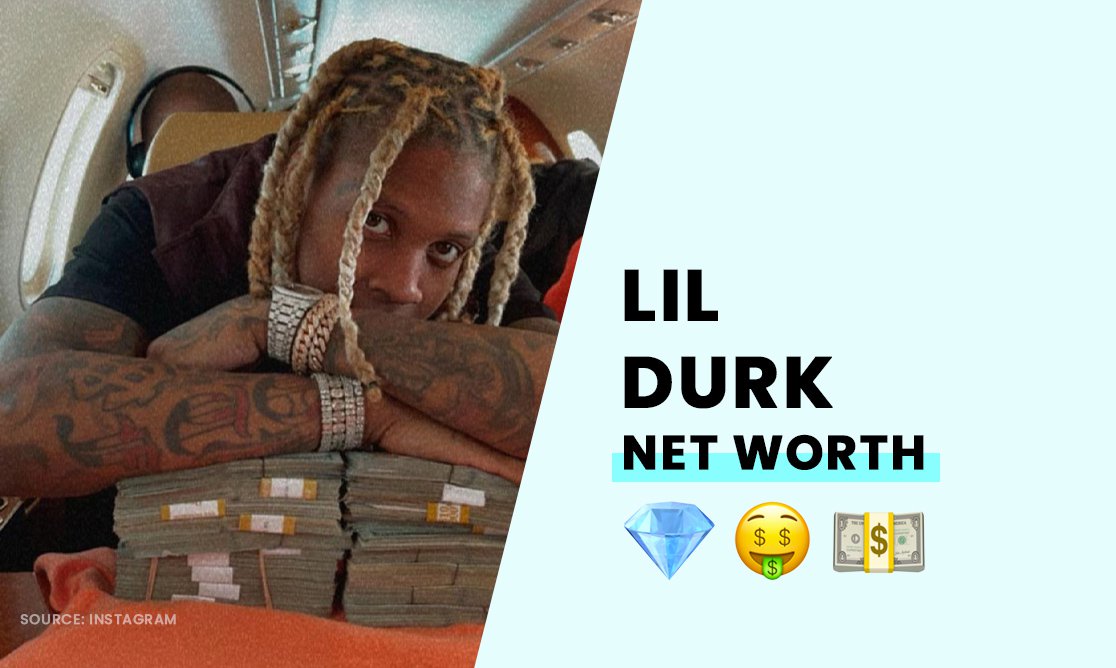 The estimated net worth of Lil Durk is $3 million.

Lil Durk is an American rapper and the founder of the music label "Only the Family," or OTF. Durk rose to international rap acclaim after the release of his legendary mixtape series "Signed to the Streets" in 2013. The success of the series led to Def Jam signing him as a recording artist.

Born on October 19, 1992, in Chicago, Illinois, Durk D. Banks grew up in Englewood on the south side of Chicago, known as "Chi-Raq." Durk's father was arrested and sent to prison when Durk was only 7-months old.

The rapper recalls many days during his childhood where his family would have no food to eat. Durk has a disaffected youth, ending up in trouble with the law on gun charges. He also pleaded guilty to the charge of aggravated unauthorized use of a weapon as a teenager and went to prison for the transgression.

How did Lil Durk build his net worth?

Lil' Durk debuted his first mixtape in 2011. Unfortunately, the rapper experienced a slow start after landing in prison on aggravated weapons charges. However, the rapper only spent a few months in jail, returning to the streets to focus on his fledgling rap career.

Durk experienced his first taste of success in 20102 after the release of his second mixtape, "I'm Still a Hitta." The single from the album, "Sneak Dissin'," garnered the rapper industry attention, and he started collaborating with other artists like Fredo Santana, Lil Reese, Chief Keef, and King Louie.

Durk released his third mixtape in 2012 before he landed in trouble with the law again, sending him back to prison for another brief stint behind bars.

It seems that his frequent trips to prison bolstered his reputation in the rap market, and the artist signed with Def Jam Records in 2015, releasing his first studio album, "Remember My Name." The album skyrocketed to the #2 spot on the US Rap charts, making it to #14 on the Billboard 200.

However, Lil Durk would see his first real taste of success after the release of the single "Viral Moment" in April 2020. The rapper's 5th studio album, "Just Cause Y'all Waited 2," released in 2020, landed on the Billboard Hot 100. The artist went on to make several hit tracks, collaborating with Kanye West on his album, "Donda."

Lil Durk attributes his success to his relentless pursuit of fame. He says that his stints in jail taught him valuable life lessons, and without his music career, he would have probably ended up as a casualty of gang violence.

How rich is Lil Durk?

Is Lil Durk a millionaire?

Lil Durk is a millionaire worth at least $3 million.

Is Lil Durk a billionaire?

Lil Durk is not a billionaire.

To date, Lil Durk has not been bankrupt.

Lil Durk's wealth did not come from inheritance. He was not born rich.