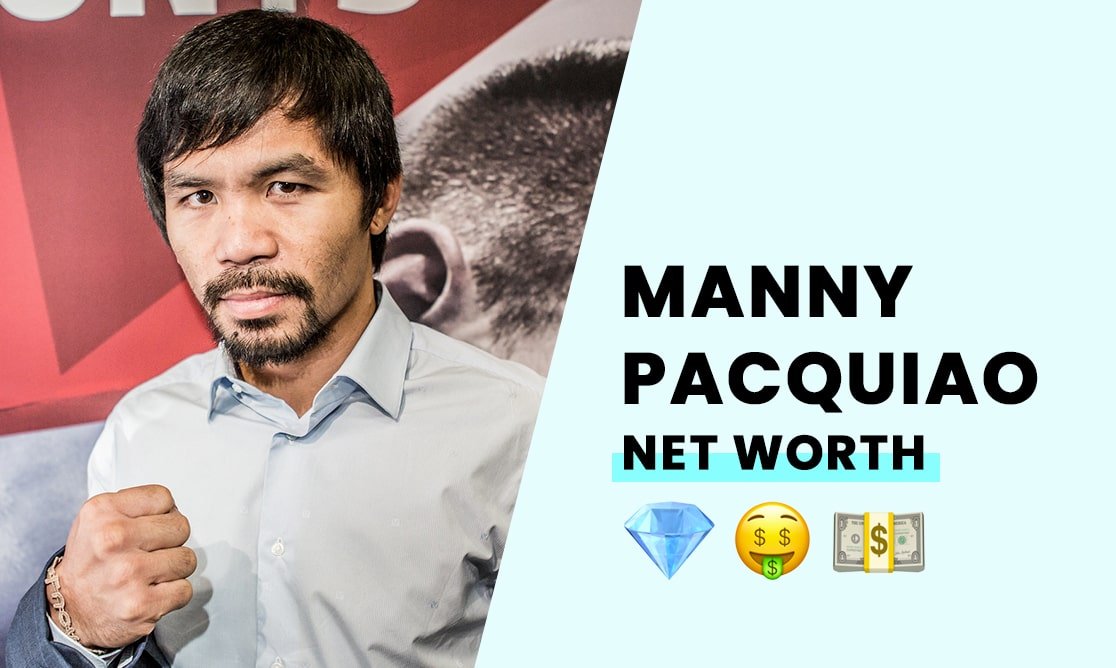 The estimated net worth of Manny Pacquiao is $220 million.

Emmanuel "Manny" Pacquiao, also known as Manny "Pacman" Pacquiao, was born in General Santos City, Philippines on 17 December 1978. His parents were Rosalio Pacquiao, a farmer, and Dionesia Dapidran-Pacquiao, a housewife. He has five siblings.

Manny Pacquiao attended Centro Escolar University but dropped out after one year. He then attended the University of Makati but eventually dropped out. He later earned a Bachelor's Degree in Political Science.

Manny Pacquiao is a Filipino professional boxer, politician and the current representative of the 2nd District of Sarangani in the Philippine House of Representatives.

After a long and successful career in boxing Manny now lives in Makati, Manila with his wife, Jinkee Pacquiao, and children.

Pacquaio is also an outspoken Christian.

How did Manny Pacquiao build his net worth?

Manny Pacquiao built his fortune through his boxing career. Manny earned millions throughout his boxing career, working from $2 million purses to a $130 million bag for his fight against Floyd Mayweather Jr.

Manny is one of the most respected forces in professional boxing, and during his career, he was the man to beat.

Many experts claim Floyd ducked Manny for his entire career, choosing to fight him when he was at the tail-end of his career and plagued with injuries.

However, the fight took place in 2015, and Floyd won the bout.

After the fight, Manny revealed he was fighting with a shoulder injury, and he did it anyway for the payday. Considering the $130 million purse, we can’t blame him.

However, the thought of a prime Manny facing Floyd is the dream of every Floyd-hater around the planet.

Manny earned over half a billion dollars through prize money and endorsements during his career.

His 25 PPV events grossed a total of $1.3 billion in earnings.

Since retiring from pro boxing, Manny has collected a salary from his elected role as a Senator in the Philippine House of Representatives.

Anyone will succeed in whatever field of endeavor in life by acquiring the same virtues and character that boxing world champions do – dedication, perseverance, courage, extreme self-discipline and prayers.

How has Manny spent his wealth?

When you consider how much Manny has earned throughout his boxing career, his spending on real estate and a few vehicles look very modest.

Manny purchased a home in Los Angeles in the Hancock Park neighborhood in 2009, which goes on and off the market every few years. For example, it was listed for sale at the end of 2021 for an asking price of $4.5 million.

How rich is Manny Pacquiao?

How much did Manny Pacquiao make per fight?

It ranged from $2 million purses to a $130 million bag for his fight against Floyd Mayweather Jr at the end of his career.

Is Manny Pacquiao a millionaire?

Yes, Manny Pacquiao is a multi-millionaire and one of the richest men in his native country, the Philippines.

No. Far from being born into a rich family, extreme poverty led Manny to drop out of school to start working to provide for his siblings. He lived on the streets and joined small boxing competitions just to survive.