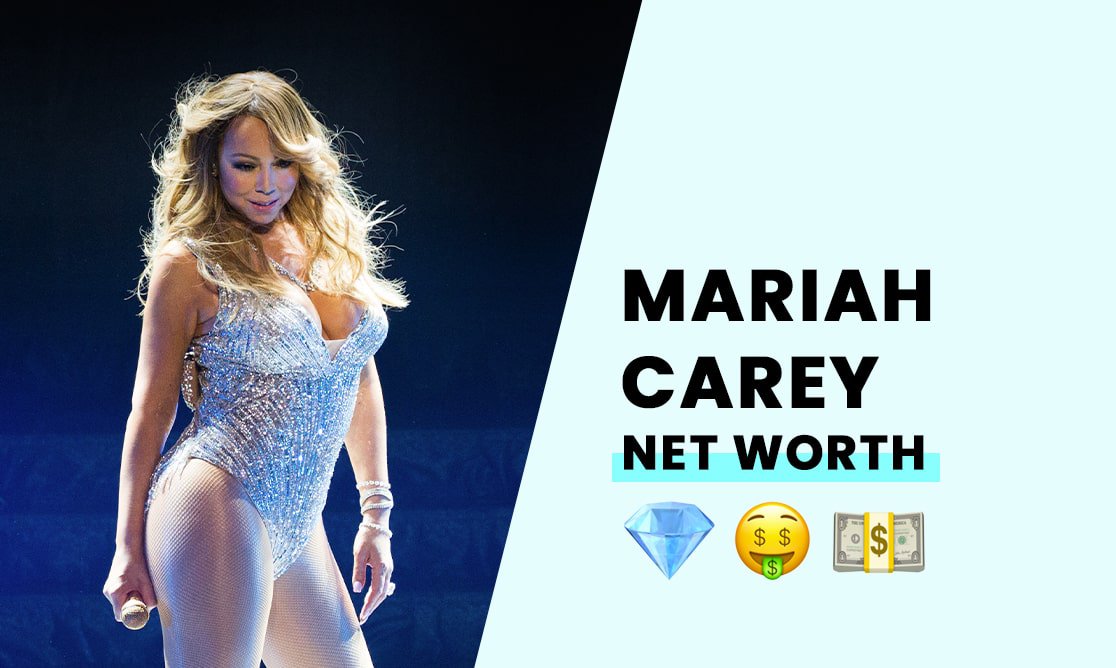 The estimated net worth of Mariah Carey is $320 million.

Mariah is an American singer, songwriter, producer, and actress.

She has over 200 million record sales during her illustrious career, making her one of the best-selling female artists of all time.

Her father changed his family name from Nunes to Carey after moving to New York City. Mariah's mother was an opera coach and singer. Carey's parents split when she was three years old, and Mariah grew up with her mother in Huntington, New York.

Mariah Carey attended high school in New York, graduating in 1987. She never went to college, choosing to chase a career in music instead.

How did Mariah Carey build her net worth?

Mariah moved to New York City in the 1980s to pursue a career as a recording artist. She released her debut studio album, Mariah Carey, in 1990, with the record soaring to the top of the Billboard charts. Her second album, Emotions, was released in 1991, reaching the number one spot on the charts.

When Mariah started writing songs in the nineties, she lived in a Manhattan apartment with four friends. She resorted to waiting tables to pay her bills before finally landing success with her debut album.

Mariah befriended Ben Margulies and Gavin Christopher, and the trio started producing songs that would end up on Mariah's first self-titled studio album. After graduating from high school, Mariah, Ben, and Gavin worked on Mariah's full-length demo, with the track finding its way to pop star Brenda K. Starr.

Tommy Mottola, head of Columbia Records, heard the demo through Brenda, listening to the tape in the car on the way home. It took him two weeks to track down Mariah, signing her to Columbia for her first record deal.

At the time, Tommy thought Mariah would become the biggest female star in music and be the next "Whitney Houston."

Mariah says that she felt she was always going to be a star. However, her networking skills led to her receiving her big break.

She says that if it weren't for meeting Ben and Gavin, she might have never ended up receiving her big break with Brenda K and Tommy.

Mariah says that she believes in herself and has a strong work ethic supporting her success.

How rich is Mariah Carey?

With a reported fortune of $320 million, Mariah Carey is one of the most successful female recording artists of all time. She initially married Tommy Mottola, divorcing him in 2000. She married director Nick Cannon, with the couple divorcing in 2014. Mariah has two children with Nick Cannon, Moroccan, and Monroe.