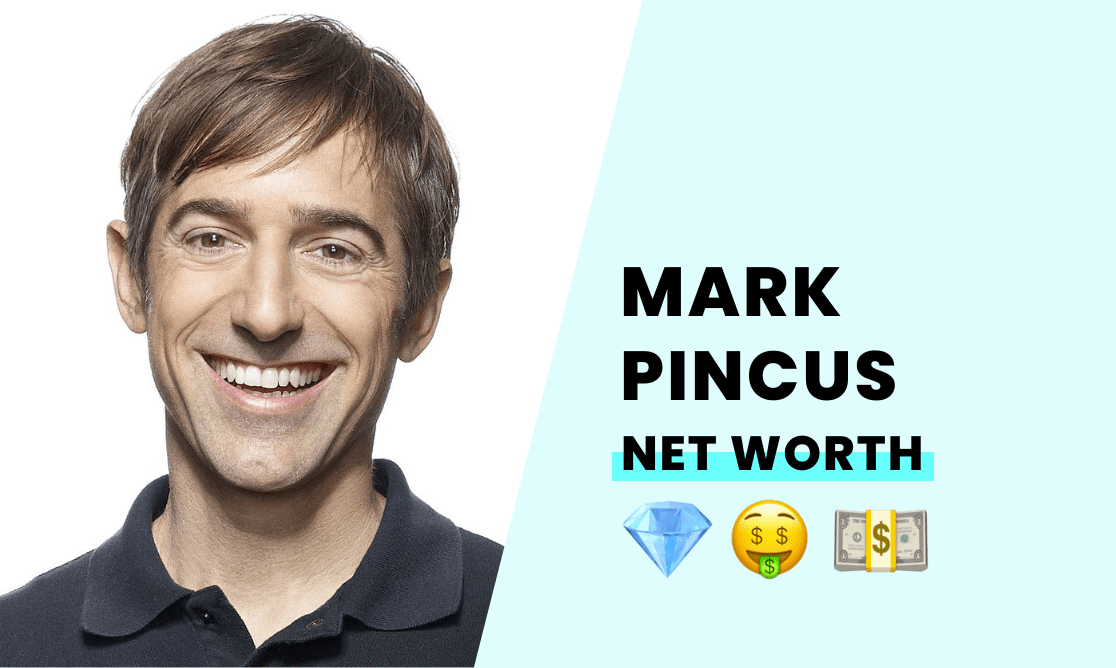 Mark Pincus' net worth is estimated to be approximately $1.4 billion.

Mark Pincus was born on 13 February 1966 in Chicago, Illinois.

Mark Pincus has obtained an MBA from Harvard and is an alum of University of Pennsylvania with a Bachelor of Arts/Science.

Pincus has three children. He and wife Alison — who co founded One Kings Lane — divorced in 2017. Pincus lives in San Francisco, California.

How did Mark Pincus build his net worth?

Among his many talents, the serial entrepreneur and self-made billionaire has an eye for picking good investments and supporting great business ideas.

He was an early investor in Twitter and Facebook. Some of the billionaire's net worth today can be attributed to those early investments. He is the founder of Tribe Networks, Freeloader Inc., and SupportSoft, among other business ventures.

Pincus co-founded Zynga in 2007, a game maker known for Farmville, Words with Friends, and Mafia Wars, among others. Zynga went public in December 2011.

At its peak in March 2012, Zynga's stock price stood at $14, with a company valuation of $6.5 billion, although lately, its performance has not been as stellar. Pincus served as CEO from the beginning till 2013 and again from April 2015 to March 2016. Pincus controls 7% of the company.

In 2018 Pincus co-founded Reinvest Capital, an investment firm that has stakes in SpaceX, the rideshare firm Lyft, and in Oscar, a health insurance firm.

He has launched three special purpose acquisition companies (SPACs) to date. One aims to merge with the electric air taxi company, Joby Aviation, and another with Hippo Technologies, an insurance firm.

In addition to his early investments, Mark Pincus holds a healthy, well-performing investment portfolio made up of stocks, bonds, mutual funds, and some real-estate interests.

Here's a quote that reveals another secret of his success:

Get five or six of your smartest friends in a room and ask them to rate your idea. ~ Mark Pincus

How has Mark Pincus spent his wealth?

The self-made billionaire and entrepreneur has had the foresight to pick great investment opportunities as a founder, cofounder, or investor. He bet early on social and gaming and has continued to reinvest returns from investments into more great ideas, some of which have really paid off and taken him to the Forbes Billionaires List.

How rich is Mark Pincus?

Pincus' net worth is estimated to be around $ 1.4 billion.

Is Mark Pincus a millionaire?

Yes. Not only is Mark Pincus a millionaire, but he is also a billionaire.