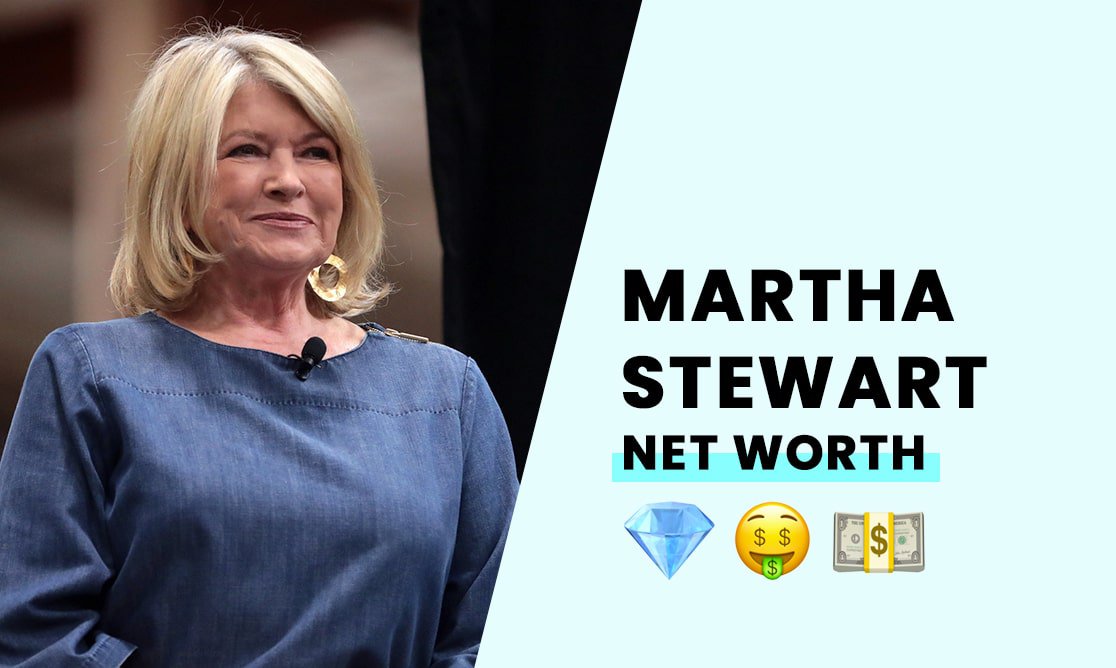 The estimated net worth of Martha Stewart is $400 Million.

Martha Stewart is an American television personality, author, and entrepreneur. Martha is the founder of Martha Stewart Living Omnimedia.

When the company debuted on the stock market, Martha became a billionaire on paper overnight, making her America's first-ever self-made female billionaire.

Born in Jersey City, New Jersey, on August 3, 1941, Martha Helen Stewart is the daughter of Edward and Martha Ruszkowski Kostyra and one of six children. The family moved to Nutley, New Jersey when Martha was three years old.

Martha graduated from Nutley High School, enrolling at Barnard College of Columbia University for her tertiary education. She met her husband, Andrew Stewart, in college, with Andrew being a law student at Yale University at the time.

The couple married in July 1961, with Martha graduating from Columbia in 1962. Martha earned a BA with a double major in Architectural History and History.

How did Martha Stewart build her net worth?

While not part of her university training, Martha started working for her father-in-law as a stockbroker in 1967 after graduating from Columbia. However, the show would move to Westport, Connecticut, with her husband, and the couple bought and refurbished an old farmhouse.

Martha had a series of jobs, and she also started a catering business while working at a gourmet food store. Alan Mirken, the head of Crown Publishing Group, met Martha after asking her to cater one of his events. Alan enjoyed Martha's cooking so much that he offered to publish a cookbook if she would write one.

Martha's first book was "Entertaining," published in 1982 and ghostwritten by Elizabeth Hawes. The book's success led to several successful follow-up works before Martha eventually signed with Clarkson Potter publishing. She went on to sign with Time Publishing Ventures in 1990, releasing the first issue of "Martha Stewart Living" in 1990.

Martha held the position of editor-in-chief at the magazine, and the publication got a spinoff into a TV show, "Martha Stewart Living," which aired in 1993. The half-hour show gained popularity during the late nineties, causing the extension of the show to a full hour, running until 2004.

Martha consolidated her TV and magazine empire into Martha Stewart Living Omnimedia (NYSE: MSLO). Martha acted as the chairperson and CEO of the company, and Patrick took the position of the company's COO.

The company's stock was listed at $18 per share and closed at $38 on its opening day. The increase in share price made Stewart an instant billionaire on paper.

Shockingly, in 2004, Martha was convicted on felony charges of conspiracy and making false statements to investigators looking into the sale of stock. She was locked up in federal prison for about five months and another five at her home in New York.

Martha Stewart credits her success to following her passion. She says she couldn't have asked for a better turnout in life, earning her living doing what she loves. This despite her stint in prison.

How rich is Martha Stewart?

With a reported fortune of $400 million, Martha Stewart is one of the richest women in America. She is a household name in the world of cuisine and cooking, and millions of American homemakers idolize her.