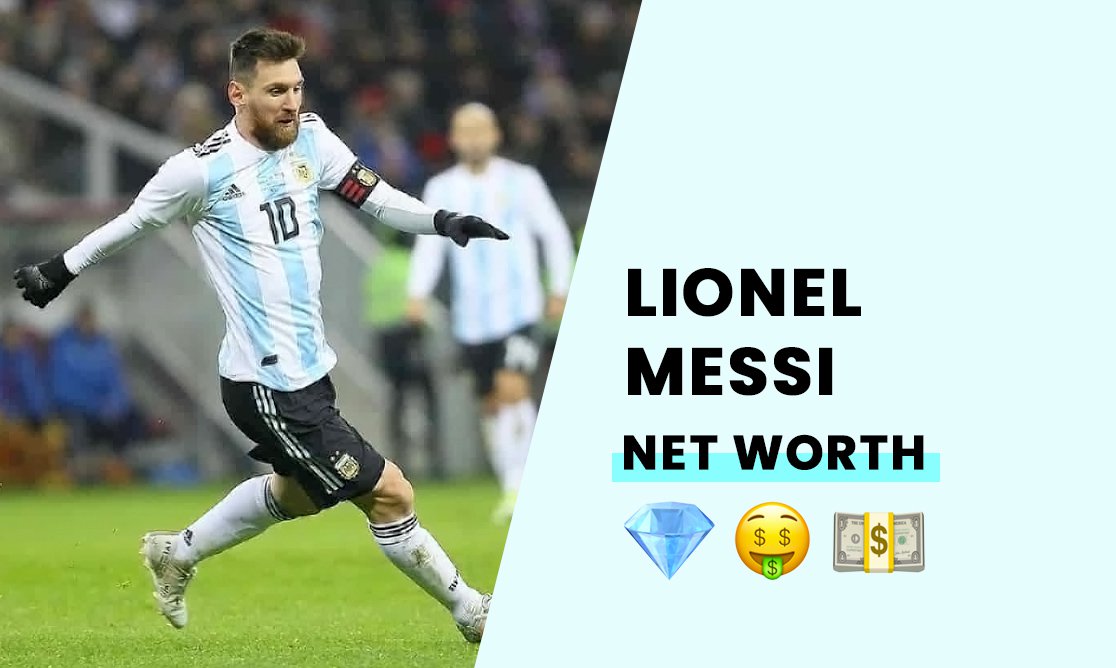 The estimated net worth of Lionel Messi is $600 million.

Leo Messi is an Argentinian-born pro footballer (soccer player), regarded as the best talent in the sport. Messi earned his wealth as F.C. Barcelona's striker, and he plays for the Argentina National Team. During his time with Barca, Leo scored 672 goals in 778 appearances.

Born on 24 June 1987 in Rosario, Santa Fe, Argentina, Lionel is the third of four children to Celia Cuccittini and Jorge Messi. Leo developed a passion for football at a young age, playing with his older brothers, Matias and Rodrigo, and his cousins.

Lionel attended Escuela Primaria, joining the Rosario football club when he was 6. However, while Leo was an exceptional talent, he had a medical disorder affecting his development as a youngster. Leo required expensive growth hormone therapy to treat a pituitary gland disorder that stunted his growth.

The family had relatives in Catalonia, and they sought a trial with FC Barcelona's youth squad for Lionel after the local clubs could not afford his growth hormone treatments.

After spending a year at Barcelona's youth academy, Lionel enrolled in the Royal Spanish Football Federation (RFEF) in 2002. Barcelona agreed to fund his growth hormone treatments, provided that the athlete would commit long-term to the club.

How did Lionel Messi build his net worth?

Lionel Messi built his fortune playing for F.C. Barcelona and the Argentina national squad. Fans and pundits view Messi as the biggest talent in world football, and he is in constant competition with Christiano Ronaldo for the FIFA Ballon d'Or award every year.

Over the last 12 years, Ronaldo won 5 x Ballon D’Or, with Messi getting the edge over him with 7 x Ballon D’Or. Only one other footballer managed to knock them off the top spot in the last 12-years.

Messi set a new record in salary with his 2017 contract, earning a staggering $610,00 (€565,000) per week. Leo earns around $40 million per year from his sponsor endorsements with Adidas. He is currently the highest-paid star in the game, with Spanish newspaper "El Mundo" releasing the details of his contract value in 2021.

2021 also saw Lionel leave F.C. Barcelona to spend the final seasons of his career with Paris Saint-Germain. His contract with the club works out to a salary of $75 million per year, and he has conditions in the contract for performance bonuses, and he gets a cut of all his jersey sales.

Lionel Messi believes his talent and his parent's willingness to help him develop as a youth as the keys to his success. He believes in commitments and never wavered from his support of Barcelona during his career.

How rich is Lionel Messi?

With a reported fortune of $600 million, Lionel Messi is the richest footballer in the world, beating Christiano Ronaldo's net worth by a staggering $100 million. He continues to earn a record-breaking salary with his new club, PSD (Paris St. Germaine).